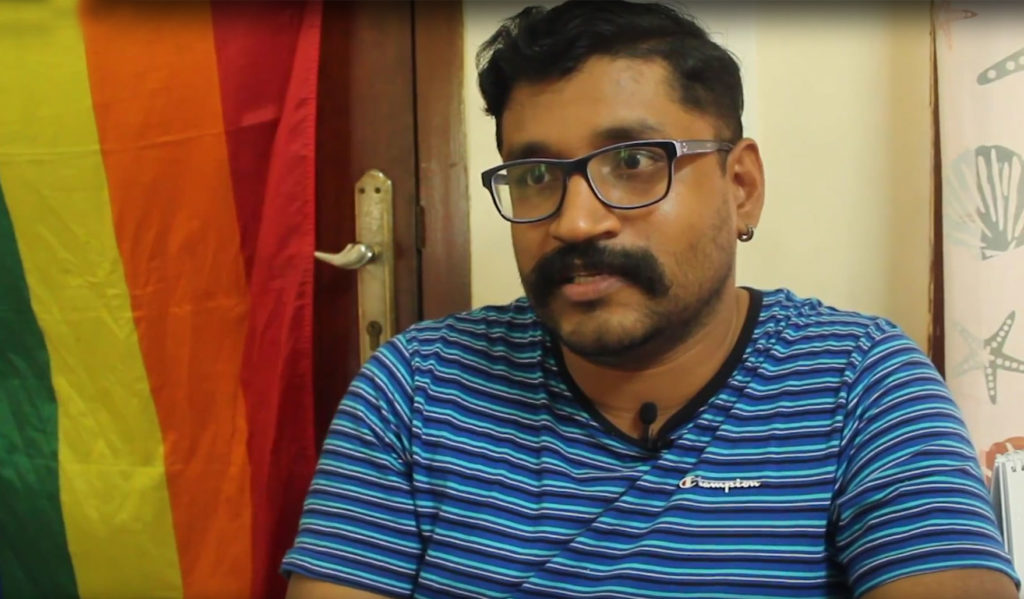 Jijo Kuriakose co-founded Queerala to provide an space for Kerala's LGBTQI community to discuss their experiences without fear of reprisals.

Even in Kerala, a more secular state, members of the community report discrimination and harassment, which has prompted many of them to look for spaces where others like them can feel included and heard, regardless of their religious affiliation.

Queerala is at the forefront of this effort. As a community-based organization focused on “queer lives in Kerala,” they provide temporary emergency housing and counseling services and host gatherings on topics including mental health and faith and sexuality.

The issue of LGBTQI rights has gained prominence in the current elections, with openly queer candidates participating as candidates in higher numbers than ever before  and activists amplifying their message online.

The stakes are high: Although Prime Minister Narendra Modi and the ruling BJP have included transgender rights in their platform, many say they are not truly committed to the advancement of LGBTQI rights, thus the importance of organizations like Queerala.

“When it comes to Modi’s party, I’m very sorry to say that is the party which literally opposed and abused our community.” says Anand Ampeethara, a board member of Queerala.  “There are a lot of incidents reported. They have beaten up transsexual women,” he says.

Before joining the organization and living in its headquarters in the city of Palarivattom, Ampeethara struggled with extreme depression after the suicide of his best friend.

Feeling lost, he took to Facebook and discovered Queerala’s vibrant online community, bursting with the self-confidence and support he sought. Ampeethara said that reaching out and speaking with Jijo Kuriakose, the organization’s co-founder, made him feel normal.

As an openly gay man, Kuriakose has dealt with sudden job loss and evictions due to his lifestyle but says that it’s important for him to be visible in his community so that others may know they are not alone.

“We focus on inclusiveness,” says Kuriakose, who believes that LGBT individuals in India feel isolated because they don’t know that there are others like them. He co-founded Queerala in 2013 where queer people could feel safe, connect with their peers and for some, make peace with their faith.

Kerala is the most religiously diverse state in India, with 55 percent of the population identifying as Hindu, 27 percent Muslim and 18 percent Christian. The Catholic Church has opposed to measures in favor of equal rights for queer people. However Queerala enlists priests sympathetic to their cause to talk to its members in an unofficial manner.

“We wanted LGBT persons to know their peers, so we have representatives from various faith groups including priests, independent monks. We have also LGBT persons who don’t follow faith  discussing about the particular challenges involved when it comes to the conflict of faith and sexuality,” says Kuriakose.