How to keep your biases in check 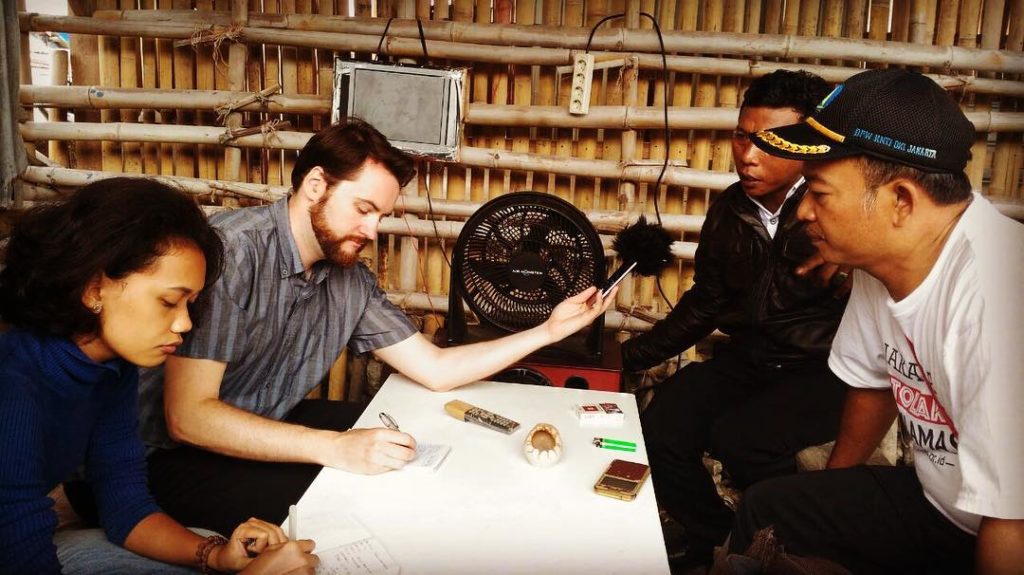 Always searching for a counterpoint to your assumptions not only will improve your story, but also gain trust with readers. (Photo: GroundTruth)

Milan Polk is an Emma Bowen and Democracy Fund fellow with The GroundTruth Project. This week, she interviewed Jason Grotto, a data journalist at ProPublica. She spoke to him about practical tips to recognize bias, and whether or not pure objectivity exists.

Grotto was nominated for the 2018 Pulitzer Prize for Local Reporting for his investigation on the unfair property tax assessment system of Illinois. Such a complex topic was ripe for biased interpretations, but after analyzing more than 100 million electronic records, reading hundreds of documents and conducting dozens of interviews, Grotto proved statistically that the system created winners and losers.

A year ago we talked about cognitive bias and how to recognize it. But how can we translate that to our everyday reporting? Here are some tips:

To prevent one-sided writing, Grotto said he tries to find evidence that counters his claim. “What we get attacked for a lot is not necessarily what’s in the story, but what’s not in the story, he said. “I expend a lot of angst and energy fretting over what someone from a different point of view might take away from this story, or might use to attack the story or just undermine the credibility of it.

Recognizing when you have rigid ideas can help you get some distance from the story and help you evaluate if your argument is solid. “There are times when reporters come to a story with a predetermined idea of what their reporting should find and then ignore evidence to the contrary,” said Grotto. “That does both the reporter a disservice and the story itself a disservice.”

Admit when there’s a valid counterargument.

When Grotto was at the Miami Herald, he did a story on sentencing disparities that helped him discover his own bias.

“I was pretty young at the time and had a lot of strong views about the criminal justice system. I really wanted to find racial and ethnic biases in sentencing. We did find that. But as we put the story together, we had to admit that in the analysis that we did and some of the examples that we brought up even, there were confounding variables.”

Grotto found factors unaffected by racial bias, like how a sentencing outcome can be affected by whether or not someone from the family of the accused appears at the sentencing.

Even though some data did not help their main argument, Grotto is happy they put the countering data in. ”It’s important to admit to readers what you can’t account for. I think it made our story stronger, even though it weakened the ultimate premise,” he said.

Stay calm when you confront someone.

When you find that you need to call out a subject or a source on a false statement, Grotto believes the best reaction is to relax. The information you gather is more important than having a ‘Gotcha’ moment. If the person provides helpful evidence, it’s your duty to add that in as well. “Even if it weakens my story in some way, I’m still obligated by the ethics of what we do to put that into the story,” said Grotto. “I don’t go into these things like: ‘I’m gonna get someone.’

Grotto recalls another time when he was at the Miami Herald and had to confront an embezzler.

“When he lied to me I reached over and was like ‘Well what about this?’ and pointed to a clearly cancelled check and his attorney ended the interview,” he said. “In the moment, you just try to numb yourself out and you’re just getting information.”

Pure objectivity is not the goal.

No matter how much you confront your beliefs, you can never be completely objective. “Everybody brings their own biases to a story. I think it’s a matter of being aware of those and actively pursuing the alternative viewpoint, or one that contradicts your viewpoint and making an actual effort.”

For Grotto, this is when the necessity of a good editor becomes evident. He remembered how, when he was younger, his editor would challenge his pitches and question his arguments. “That process is why I think journalism institutions are so important to the way people consume information,” Grotto said. “It’s not just one person out there writing something and saying this is it. There’s a filter. And in some institutions, really large institutions, there are multiple filters.”

He also believes the consumer has to challenge their preconceived notions. “I think they’ve been fooled into thinking the goal of journalism is pure objectivity. I think it’s a mature or aware subjectivity,” said Grotto. “The consumer has a responsibility as well to go out and find information that challenges their views.”