A journalist’s guide to entering the U.S. 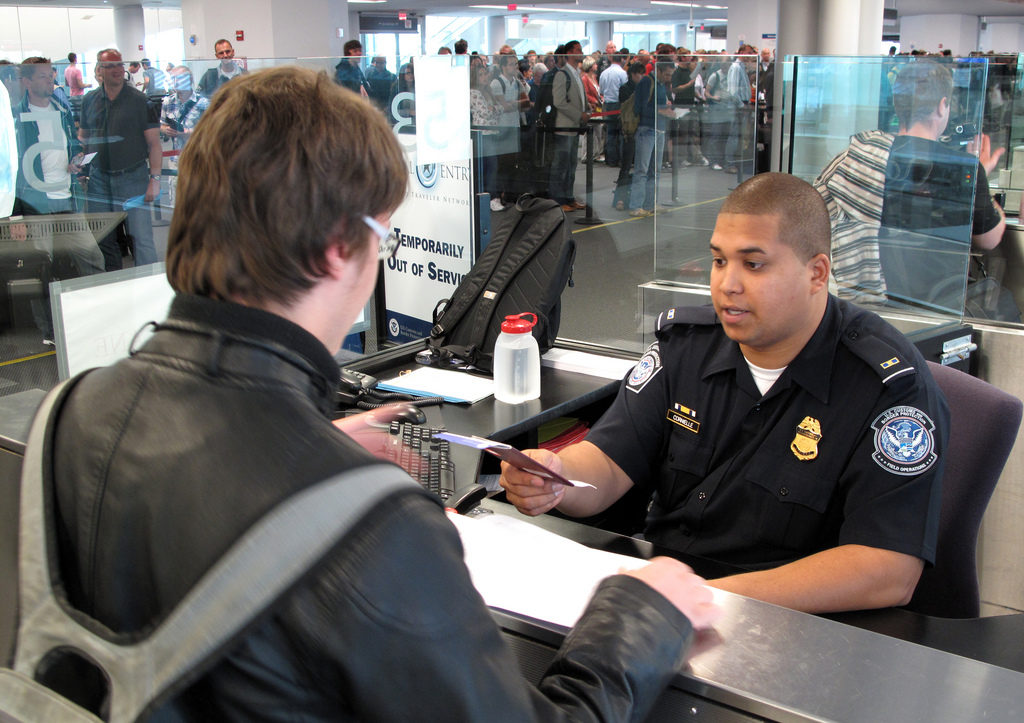 You may have heard of Canadian photojournalist Ed Ou, who refused to unlock his devices for Customs and Border Protection agents. He was held for six hours and his smartphones were taken and possibly tampered with, and he was ultimately denied entry into the U.S. More recently, a BBC journalist and a CNN producer were also subjected to extra scrutiny while traveling in the U.S. One was Iraqi-American, the other was British-Iranian.

Entering the U.S. at a port of entry is a dicey twilight zone. Some of the legal protections you expect to have are more tenuous or nonexistent there. Usually, law enforcement needs to have a warrant to search someone’s devices or articulate a reason for detaining a person. But those rules do not apply at the border.

We spoke with Aaron Mackey, a staff attorney at the Electronic Frontier Foundation, a nonprofit that works to defend civil liberties in the digital world, to get his take on what journalists should take into account if they are stopped and questioned, or asked to unlock their smartphone or computer for border patrol agents.

Note: Everyone will make their own decision about how to respond in a given situation, based on a constellation of factors. This column does not provide answers, only factors to consider when traveling into the U.S. from abroad.

Know what can happen

The main issues you could encounter at a border crossing are being detained and questioned, being asked to unlock your devices or having your devices taken by border agents.

Customs and Border Protection agents have broad discretion to decide who they will subject to more scrutiny. CBP says searches are random, but according to Mackey, CBP doesn’t release much data about when or why they search certain travelers and their devices.

“There is anecdotal evidence in media reports, however, that CBP agents target certain travelers who are either returning from particular countries or have particular racial, national, ethnic or religious backgrounds,” Mackey says. CBP doesn’t have to articulate a reason for stopping you, subjecting you to more questioning, searching your devices or detaining your devices.

Determine whether you need to travel with sensitive info

If the data you’re transporting includes confidential sources and information, the first question you should ask yourself is whether you need to travel with your devices or data at all, Mackey says.

Can you save the data remotely, such as in the cloud, so it isn’t physically present with you at the border? Can you send it through an alternative channel? Could you leave your laptop or smartphone at home, and bring a loaner device instead that has no information on it?

Mackey says even if you’re a journalist who doesn’t have confidential sources or documents, there are risks if the government can look through information on your phone or computer.

Know the consequences of not cooperating

If you decide not comply with border agents’ requests to unlock your devices or respond to questioning beyond basic inquiries about your travel, you should be aware of the consequences you may face.

U.S. citizens have an absolute right to enter the U.S. “If you present your passport at any port of entry, you have a right to enter the country, and there is nothing a border agent can do to prevent you from entering the country,” Mackey says. So whether or not you comply, you will still be allowed to enter. But your devices may not. They could still be seized at the border and held and searched.

Citizens of foreign countries have the least protections – border agents can deny them entry to the U.S. without any kind of legal or administrative process. So choosing not to comply, as Ed Ou did, may mean you can’t enter the country at all, and your devices could still be searched.

“If you’re a U.S. [journalist] and [agents] ask you to unlock your device … you might feel differently about what your answer is than if you’re a foreign national, knowing that if you say no, not only will they not let you into the country, but they might turn you right around,” Mackey says. “So the consequences are a lot more severe.”