It’s not just ‘Pizzagate.’ In a partisan media landscape, fake news is a real threat. 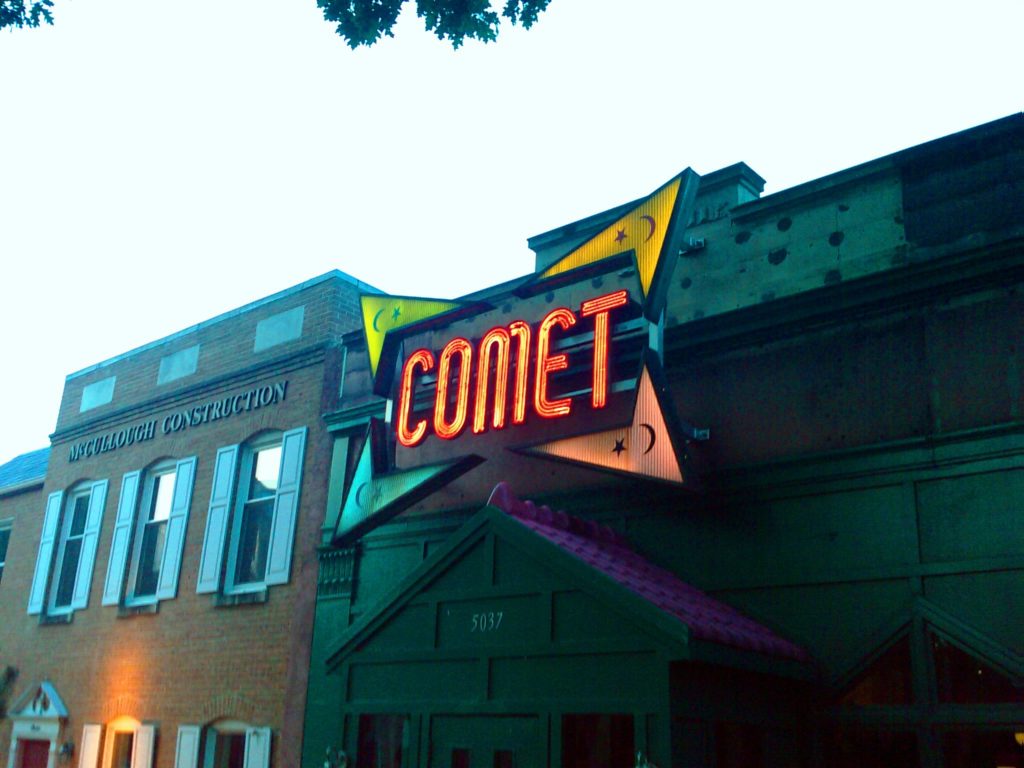 Comet Ping Pong, a pizza joint in Washington, D.C., became entangled in a set of viral fake news stories that baselessly claimed the restaurant – and Hillary Clinton – was involved in a child abuse ring. There is no evidence of that. (Photo by Elizabeth Murphy/Wikimedia Commons)

Welcome to the age of misinformation – or, as some are calling it, post-truth.

In 2016, media organizations became the recipient of a long list of complaints. But the “epidemic of fake news” was the first item on Hillary Clinton’s list, telling by the speech she made at an event honoring retiring Nevada senator, Harry Reid, on Thursday.

Clinton was referring to the “Pizzagate” incident on December 5. A gunman fired shots inside of a Washington, D.C. pizza restaurant, which had become the center of a fake news story that baselessly claimed the restaurant is involved with a child abuse ring tied to Clinton. There’s no evidence of connections between the restaurant, Clinton or child abuse.

These false stories are largely disseminated through social media platforms, which package articles in a uniform way that makes sources look authentic. It doesn’t help that ad-placement companies essentially incentivize participants to create viral fake news – the “crazier the story, the greater the interest,” as one LA Times reporter put it.

While legacy news organizations garner a portion of their traffic from Facebook, fake news relies on Facebook more heavily, according to Jumpshot, a data firm.

“If we can’t discriminate between serious arguments and propaganda, then we have problems,” he said.

Part of the problem may be that Trump and Clinton supporters stayed in their own news consumption bubbles during the election. That media landscape traps people in a reinforcing echo chamber – in other words, those who are exposed to fake news are probably frequently exposed, since both parties generally failed to consume the other’s media. Trump supporters “formed a particularly insular group,” according to a report by VICE News.

It’s a threat to democracy, according to President Obama.

“If people – whether they are conservative or liberal, left or right – are unwilling to compromise and engage in the democratic process and are taking absolutist views and demonizing opponents, then democracy will break down,” he said.

But effort to weed out fake news is underway. Both Facebook and Google have announced plans to remove fake news from their advertising ecosystems, essentially ending any financial incentive to publish false information.

Even so, fake news goes beyond Facebook and Google. In a Fortune article, Elon University journalism professor Jonathan Albright claimed that a significant portion of fake news traffic, around 40 percent of fake news traffic, happens organically – people pass these articles along to each other, and that sharing eventually brings the news high up on Google’s search engine or Facebook’s feed.

Pizzagate showed us that fake news is no joke. But we already knew that: fake news may have influenced this highly-contentious election and might ultimately misguide the American public on a number of issues. Now, the fate of information – and perhaps democracy – is left to major tech companies who can stop the proliferation of bad, baseless news.