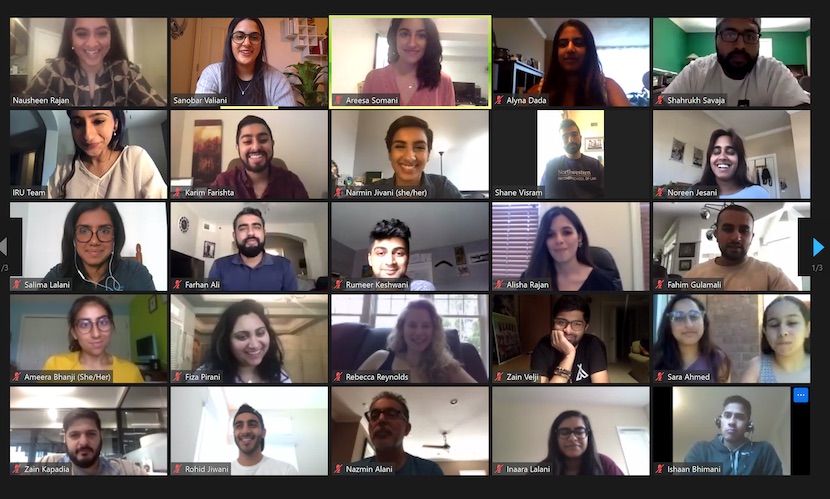 This year, the Muslim civic advocacy organization Emgage promised to turn out one million Muslim voters in the 2020 presidential elections.

To do that, its team has been feverishly building up a database of Muslim voters to target for phone banking and other get-out-the-vote initiatives. Much of that has been based on common Muslim last names: Ahmad, Bashir, Mohamed.

Their database saw a major jump over the summer when a group of young Ismaili activists handed them an additional 400 last names — including Bharwani, Mitha, Gohari — common among members of Shiite Islam’s second-largest branch.

Major voter mobilization efforts in American Muslim communities have long been characterized and led by Sunni institutions and figures. The majority of Muslims globally belong to such traditions; in the U.S., more than half of Muslims identify as Sunni.

But Emgage’s partnership with Ismailis Rise Up, a new grassroots political mobilization campaign launched by progressive Ismaili activists, produced information on thousands of new likely Muslim voters across six states that the groups could target for phone banking.

“They pick up the phone, introduce themselves, ask them if they’ve registered to vote,” said Senya Merchant, a law student who co-founded Ismailis Rise Up in late July. “A lot of this probably seems very elementary and basic, but it’s never happened before in our community, believe it or not, ever.”

The past few months have seen the launch of several new national voter registration efforts by the Ahmadi and Ismaili minority Muslim groups, which face global persecution for their beliefs and are often sidelined by mainstream Muslim institutions in America.

“Ismailis have not been so politically active, so if they’re making determinations about where it’s worth spending time, capital and energy, our community is not one that they would look to,” Merchant said.

Through Ismailis Rise Up, she and graduate student Nausheen Rashan, co-founder, hope to push Ismailis to take full advantage of their enfranchisement. Their activism centers around training Ismaili organizers of all ages to mobilize their communities to vote in time for November.

In jamatkhanas across the country, Ismailis are taught to be leaders, to give back to their communities, to be ambassadors of their faith and to live their ethics in action.

“We do it in every other aspect of our life, but we haven’t quite figured out how to translate this, which should be so natural and organic, into political participation,” Rajan contends.

Of America’s estimated 3.45 million Muslims, well over 80,000 Americans belong to the minority Nizari Ismaili branch of the Shiite Muslim sect, according to Zahra Jamal, an associate director at Rice University’s Boniuk Institute for Religious Tolerance. The community is most concentrated in Houston, Dallas, Atlanta, Los Angeles, Chicago and New York.

“Since arriving in the ’60s, Ismailis in the U.S. have engaged in civic participation through volunteering and voting to improve the quality of life of all citizens,” Jamal said. In the ’80s and ’90s, they began holding local get-out-the-vote calls and working to increase local community engagement. By the 2000s, Jamal said, their facilities and infrastructure had grown enough to allow Ismailis to host local and regional voter registration drives, such as current partnerships with the League of Women Voters in Texas.

“This is largely because of this part of the ethic of Islam, which calls for folks to live out justice on a daily basis,” Jamal noted. “But I don’t think that we’ve seen a push for voting at the scope and scale that we have until this election cycle.”

Another 20,000 or so Americans belong to the Ahmadiyya Muslim community, which this year marked 100 years of presence in the U.S. In August, the community launched the Alliance for Absolute Justice, a national social justice initiative that centered its first campaign on voter registration.

About 96% of U.S. Ahmadis have already voted or are planning to vote in the November elections, according to preliminary results of an ongoing email survey of the community’s members, provided to RNS by Ahmadi officials.

Ahmadi leaders have hosted a slate of webinars on civic engagement, voter suppression and criminal justice, held in partnership with Power the Polls, the League of Women Voters, When We All Vote and the Ahmadi Muslim Lawyers Association. Ahmadi officials have also charged their local leadership with confirming that eligible members across the country have registered and encouraging them to become poll workers.

For the Ahmadis, voter registration came to the fore after the police killing of George Floyd, when the community’s international spiritual leader prescribed voting as the most effective challenge to systemic racism and police brutality.

“It would be counter-productive to boycott the democratic process, because it is by utilizing their votes that Black people and other minorities can make their voice heard,” Ahmadi caliph Mirza Masroor Ahmad, who resides in London, told followers in response to questions about how to respond to protests. “Forsaking one’s democratic rights will not lead to greater rights but will enable the further entrenchment of current systems and injustices to continue.”

An often persecuted community, Ahmadis are keenly aware of the power of enfranchisement; since 1985, most Ahmadis in Pakistan have not voted in an election, since doing so would legally require them to call themselves non-Muslims.

Like Ismailis, the Ahmadi population in the U.S. has strong immigrant populations with ties to Asia and Africa, though Ahmadis also have a large number of African American adherents.

And, also like Ismailis, they are frequently engaged in community service and humanitarian aid efforts through local and national projects, such as annual blood drives on the anniversary of 9/11. Much of their political engagement, particularly through the Congressional Ahmadiyya Muslim Caucus, has focused on international religious liberty issues inspired by the persecution the group faces in Pakistan.

Still, such minority Muslims have been largely overlooked by groups working to engage Muslim voters broadly.

Besides a lack of outreach from activists and political parties, Ismailis’ lack of political engagement is partly due to a pervasive feeling among immigrant Muslims that voting is not meant for them, Ismailis Rise Up organizers say.

“They’re doing everything right, playing by all the rules, being American in almost every other way,” Merchant said. “It’s like, ‘I pay my taxes, I do the Fourth of July barbecue and the parade, I say hi to my white neighbors, but when they talk about voting on the news, they’re not talking to me. I didn’t realize they were asking for my voice.’”

Ismailis Rise Up is not affiliated with official Ismaili institutions. But within days of its launch as a national digital organizing venture, the Ismaili Council for the USA also launched its first official national voter registration campaign, with a hotline to assist voters.

“As American Ismaili Muslims we have the duty and privilege to be civically engaged members of our communities,” the campaign’s website says. “By voting for candidates, ballot measures and propositions, we are not only exercising our right but are also strengthening our democracy.”

Ismailis and Ahmadis have both seen members independently advance in the world of politics. Biden’s Muslim engagement adviser, Farooq Mitha, is Ismaili. Ahmadi lawyer Qasim Rashid is a Democratic congressional nominee in Virginia and has snagged endorsements from a slew of 2020 presidential candidates, including Vice President Joe Biden and Sen. Elizabeth Warren.

Both Rashid and Mitha, who is also an Emgage board member, have worked with Ismailis Rise Up, which is leaning on such names to help community members see their role in America’s political system. But the group is also taking advantage of personal, one-on-one connections.

“If you are getting a phone call from someone that you know from your local jamatkhana that speaks your language, you’re just more likely to have a relationship of trust with them and take what they’re saying seriously,” Merchant said. Such hyperlocal information-sharing is particularly crucial in states like Texas, where election rules differ from county to county.

Some of these trained volunteers will man the nonpartisan Election Protection Hotline to assist voters during early voting and on election day. Most are fluent in at least one of the Central Asian or South Asian languages commonly spoken by Ismailis.

The grassroots organization also published videos outlining voter registration and mail-in voting instructions in languages commonly spoken by Ismaili families — including Urdu-Hindi, Farsi-Dari, Gujarati and Kutchi. The videos were designed to reach senior Ismailis through WhatsApp networks. They have also organized virtual events aimed at mobilizing senior citizens; at one such webinar hosted by Ismailis Rise Up trainees, more than 30 Ismailis showed up.

“There’s already so many barriers that exist to voting,” said Rajan. “And then if you add a language barrier to that, it makes it even more difficult.”

This story was published in partnership with Religion News Service through its Preserving Democracy and Voting Rights fellowship.