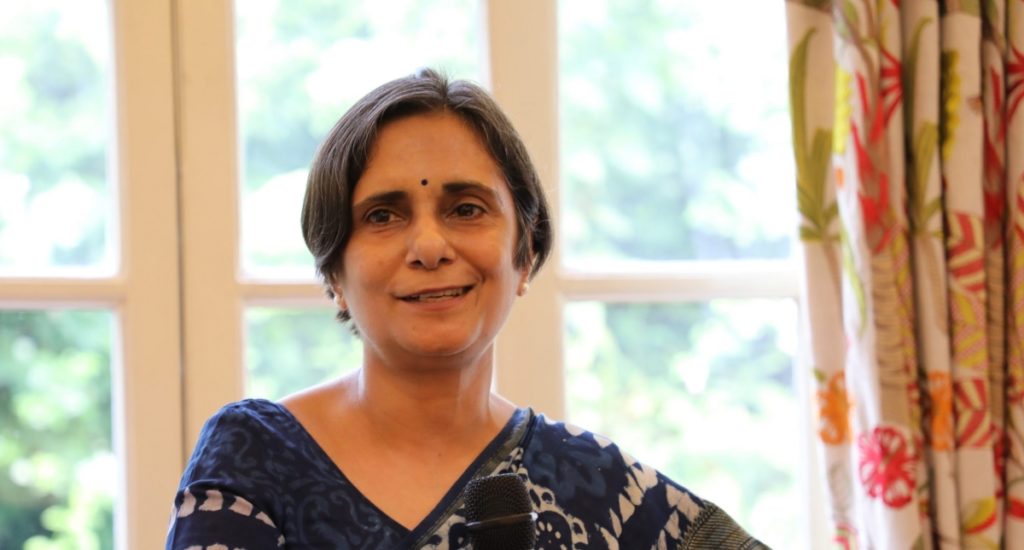 New Delhi: India has so far confirmed nine cases of monkeypox, including one death. At least three cases, identified in Delhi, have no history of international travel. In the coming days, the case trajectory is expected to go up. The Union government has constituted a task force but has ruled out buying vaccines to inoculate a select group of high-risk people. There is an acute shortage of vaccines globally because governments are standing in queue to procure them.

The Wire spoke to Gagandeep Kang, a professor of microbiology at Christian Medical College, Vellore, about how India can tackle the outbreak of the disease, which the World Health Organisation (WHO) says represents a global health emergency.

The Indian Council of Medical Research (ICMR) has invited bids to develop the country’s indigenous monkeypox vaccine. But since we have nine cases now and the vaccine development is going to take some time, do you think we need to place orders for foreign jabs?

Absolutely. No question [about that]. We are not going to make the vaccine in time that can address the needs of today [for a select group].

So we should place orders for vaccines that can be used, preferably Jynneos because that is safer. Parallelly, the government can start vaccine development efforts; look at whatever mechanisms are there in case it wants to accelerate the development.

This is unlikely to be a billion-dose vaccine programme [like COVID-19]. Maybe there is only a million-dose market in India if you are going to rationally restrict the use of vaccines to the key groups. They are healthcare workers, contacts [of confirmed cases] and people who are potentially more at risk. [According to the WHO, the majority of global cases have been reported in the MSM or ‘men who have sex with men’ network]. Add up all those, it is not even hundreds of million. That is somewhere in the low millions, at best.

So if the demand is low, wouldn’t the companies be wary of investing?

When anybody is going to make a vaccine, one will have to look at the vaccine landscape. Going by the principles of biosecurity, the governments actually subsidise the production of such vaccines that need to be made in small volumes but ultimately they want to have a stockpile that can be used if things expand or another outbreak appears in future. [Before this outbreak, only the US had stockpiled the smallpox vaccine even after the disease was eradicated in 1980. That vaccine is now being used against monkeypox].

The problem with medical countermeasures is uncertainty in their requirements. If the media continues to report that the government is addressing the current outbreak [well] and if it is controlled, then the government itself will turn around and say ‘all is well’. The funding may stop for the vaccine.

If you are going to invest, it can’t be [just] for the purpose of an announcement [that the government] made today but it has to be for a long-term goal.

As per the government, 15 labs in India can test monkeypox samples. The caseload is not high currently but do you think these many labs are enough?

I think preparedness requires that there are more places that are capable of testing. Monkeypox virus is, at least currently spreading, if not as a sexually transmitted disease, but mostly among certain sexual networks – as seen globally. It is feasible that we don’t have the same pattern of spread as others do. Until we know better, the more accessible testing is, the more likely that the people will get tested. If you have to travel 200 km [to get tested], or if coercive measures are deployed, what is the likelihood that one will report symptoms?

So we do need to scale up testing?

Yes. In the US [where more than 6,000 cases have been reported], they are going to start testing blood which has been donated. Currently, we don’t have that high risk in India and, therefore, we need not be doing that right now but we have to prepare for a scenario where cases go up.

The global data suggests that the MSM community is at the biggest risk of exposure. Are we doing enough in reaching out to members of this community in India or do we need to be more aggressive?

Absolutely. We have to do more. That is most important. You know we have different classes of MSM in India. The well-to-do MSM are well connected. And they are willing to talk about sexual health, visit places and get advice.

But in places where [homosexual intercourse] is still stigmatised, you are not going to be able to reach people. And that is the issue. How do you build the right kind of trust with the different kinds of communities within the MSM network, reach them and give the right information? If the government is going to have the vaccine at any time, then we have to tell them that in this period of time [before the vaccine is available], they all have to be careful. And, when available, the vaccines would be provided.

But who tells this, and how?

If we think about the HIV field, there are a lot of civil society organisations that were looking at supporting the community, for people to get tested and to make sure that they got the treatment they needed. These are the people that I [as a policymaker] would go to first and ask how we should approach [the MSM community]. Many of these organisations have activists from within those groups. They have to be tapped. Otherwise, going from outside and working on a “we-know-all” attitude is not going to help.

If not yet, the government has to step in fast to take these activists and civil society groups on board. It should say that it wants to learn from [them about] how to reach people for education, for testing, for treatment.

Recently, two Indian researchers have published a preprint paper saying that a different lineage of the moneypox virus has been circulating in India as compared to Europe on the basis of genome sequencing samples of six cases. They found 16 variations in the lineage found in India and it made headlines. Though the same lineage was found in some samples in the US and Thailand too, how significant is this finding for India?

Based on six samples, one can’t say much. It is too early to make anything definitive about this. At best, it is good for exploration. Any inferences from this finding would be based on the genomic data. Remember, genomic data about the omicron [variant of the coronavirus] said that it was going to be very dangerous because the virus had acquired so many variations and it was going to cause more severe disease etc. Ultimately, it ended up increasing transmission and not increasing disease severity. So we have to be cautious in [our] interpretations.

Actually, in May, Andrew Rambaut, who is very good in viral phylogenetics, proposed by studying sequences of large numbers of [archived] monkeypox samples that the first case found in May in the UK this year may actually not be the first case. And, therefore, not the first export from Africa [where it is endemic]. He found that the virus had been in circulation in the human population [outside Africa] since 2017 and had acquired a number of mutations [changes] as compared to what was found in Africa.

But other people, who also focus on viral phylogenetics, said they didn’t think the changes that he was pointing out are as significant as one may be inclined to think. Ultimately what one needs is multiple sources of data [and not just genomic] and integrate them to build the complete picture.

The WHO has advised the governments to hold meetings of their respective technical advisory groups on immunisation to formulate policies on monkeypox vaccination based on local needs. Has India’s National Technical Advisory Group on Immunisation (NTAGI), of which you are a member, discussed this? If yes, what were the recommendations?

Yes, the Standing Technical Sub-Committee of NTAGI has discussed this. Our recommendations have been in line with the rest of the world. [Countries across the world have decided to inoculate high-risk groups who are more susceptible, contacts of confirmed cases and healthcare and lab workers. The Indian government has not made any such decision yet.]

Lastly, about transmission. Skin contact and lesion transmission are known. The role of respiratory droplets is also known but is airborne transmission anywhere to be seen?

Respiratory droplets can transmit the infection to close contacts and family members, especially if you have mouth ulcers. But no, there is zero evidence of COVID-19-like airborne transmission, currently.