Inspecting the Inspectors: Walmart and Chiquita immune to labor oversight in Honduras 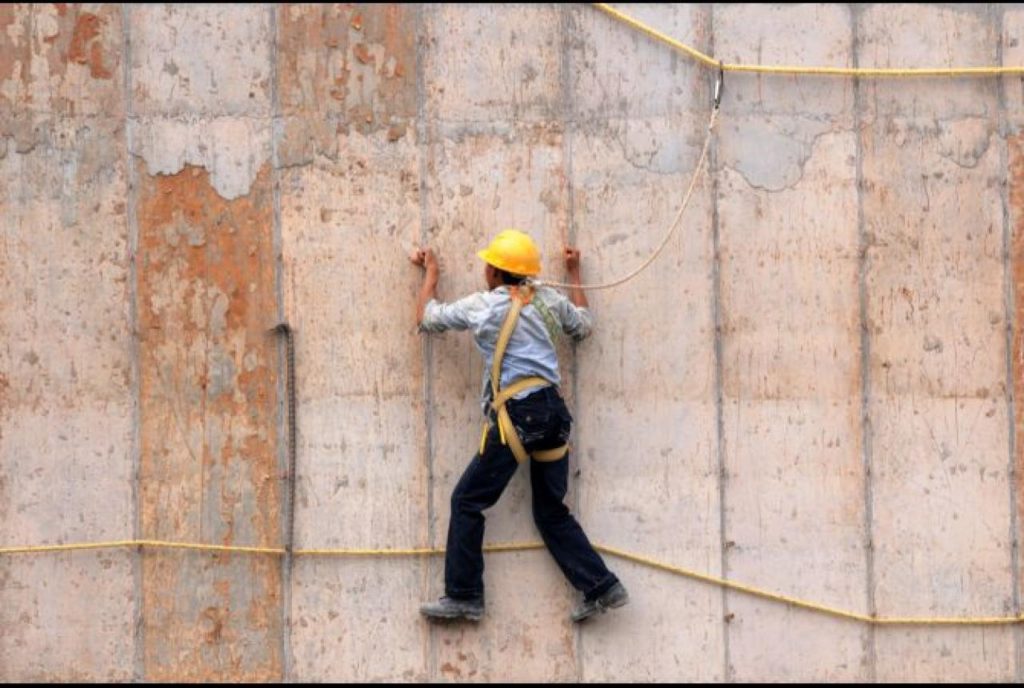 A worker sets up frameworks during the construction of the new Central Bank of Honduras building in Tegucigalpa on June 15, 2012. The Honduran government has been criticized for further weakening labor protections in recent years and failing to adhere to the Central America Free Trade Agreement (CAFTA). - ((Orlando Sierra / AFP/Getty Images))

SAN PEDRO SULA, Honduras — If you’ve ever wondered why conditions for legions of Latin American workers are so bad, it helps to spend time with the front-line officials keeping tabs on abusive employers.

Government labor inspectors take on cases like union-busting and unlawful firings. But across Latin America, labor inspectors are often overburdened with massive case loads, poorly paid and impotent to do very much when they spot exploitation.

“This is by design,” said Dan Kovalik, a lawyer for the United Steelworkers which works closely with Latin American labor unions. “These are countries and economies that depend on paying people low wages to make cheap goods. So there’s no real interest in policing labor conditions.”

Part of the problem is that Latin American labor ministries, which employ the inspectors, are usually the least important entities within governments. Sometimes, they don’t even exist. Colombia closed its Labor Ministry between 2002 and 2011.

But even when labor ministries are operating at full capacity, Latin American governments, when confronted with labor unrest, usually side with business owners — who often provide politicians with large campaign donations — rather than with workers. As a result, there’s scant top-down pressure on labor inspectors to be aggressive.

There’s also little financial incentive. In Honduras, most inspectors earn about $600 a month. Like poorly paid police officers, some of them accept bribes to look the other way.

All of these ingredients mean that scurrilous factory bosses and plant managers are rarely sanctioned and the problems persist. For a closer look, I recently tagged along with a labor inspector in San Pedro Sula, Honduras’ largest city.

Wednesday, 9 a.m.: By the time the Labor Ministry opens, there’s already a line of people at the front door, sweating under the tropical sun as they wait to file complaints. But there are only 18 labor inspectors to cover all of San Pedro Sula, the country’s industrial hub which employs a large portion of the national workforce.

Inside, I meet my assigned labor inspector, Jose Rivera. He sports ripped brown pants and wire-rimmed glasses. He wears his government ID tag like a necklace.

Rivera’s furnishings are spartan. One of the two toilets in the men’s room is out of order. Rows of green cubicles are equipped with aging computers. But it doesn’t matter to Rivera, who prefers ballpoint pens and legal pads.

A 53-year-old grandfather, Rivera is quaintly old school. But documenting cases longhand sucks up precious time. It’s one reason why he can only handle two or three cases per day.

Wednesday, 9:25 a.m.: First in line to see Rivera is Wendy Maravilla, who works the cash register at a supermarket chain owned by Walmart. She claims that unlawful deductions have cut her take-home pay in half. It takes 25 minutes for Rivera to jot everything down.

The Labor Ministry provides Rivera with neither a vehicle nor cab fare to do his job. So if Maravilla wants Rivera to visit her workplace, she’ll have to pay his way.

She agrees. But taxis are expensive. Rivera calls a friend who agrees to drive us across the city to Walmart headquarters for half price. The friend rolls up in a 1968 Toyota compact. We squeeze inside, and even with the windows down, are nearly overwhelmed by exhaust fumes.

Rivera likes to catch people off-guard with surprise inspections. But that means he often misses the managers he’s looking for. When we get to Walmart, the supervisor is gone.

Wednesday, 11 a.m.: Waiting for us back at the ministry is Lilian Cantor, who claims she was fired illegally from her cafeteria job at an underwear factory, or maquiladora, in the nearby city of Choloma. To get there, Rivera presses Cantor for the 16 lempira — or 85 cent — bus fare.

We climb into a jam-packed public bus and stand in the aisle. Rap and reggae music blast from the speakers. At bus stops, vendors board to sell candy and soft drinks. Rivera pays no attention and focuses on a marked-up copy of the Honduran labor code that he carries in his briefcase like a Bible.

After 45 minutes in heavy traffic, we transfer to a second bus that drops us at the maquiladora. At the gate, security guards toting shotguns and pistols refuse to let us in.

Despite his job title, Rivera has no authority to force his way into private businesses. He’s as threatening as a soldier with a squirt gun.

“If I try to go inside,” Rivera says, “those guards could kill me.”

Under the law, Rivera could call for police backup. But he says officers are usually busy with more urgent matters.

Dejected, Rivera leads us across the street to wait for another bus to take us back to San Pedro Sula. Half the day is gone and Rivera has accomplished nothing.

Wednesday, 2:30 p.m.: We reconnect with Maravilla, the Walmart employee. She’s had enough car exhaust for one day and has convinced her boyfriend, a taxi driver, to take us to another Walmart office where we have an appointment with a human services manager.

Most people filing labor complaints have already been fired and have nothing to lose. But Maravilla still has a job and Rivera admires her courage. Even if she prevails, Maravilla runs the risk of later being fired or blacklisted as a troublemaker.

The manager, a tight-lipped woman in her 30s, denies wrongdoing. But Rivera asks to see the company payroll records.

She promises to get Rivera the documents but seems to be stalling. After an hour, Rivera informs her that he will start the process to levy a fine.

But the sanction would have to be approved by the Labor Ministry head office in the capital of Tegucigalpa, a six-month process. What’s more, the labor code in Rivera’s briefcase was penned in 1957. Its norms are laughably out-of-date.

Even if Walmart is penalized, the fine would amount to a few hundred dollars. Rivera shakes his head and says, “It’s ridiculous.”

Thursday, 9:30 a.m.: Given Rivera’s huge case load, there’s no time to waste. But rather than a factory, our first stop of the day is Dunkin’ Donuts.

Rivera has hooked up with Luis Aguiluz, a lawyer who represents security guards who claim they are not receiving their full wages.

Aguiluz wants Rivera to pay them a visit but first the lawyer wants breakfast. And since Aguiluz is doing the driving in his air-conditioned SUV — a step up from yesterday’s crowded buses and junker cars — Rivera doesn’t argue.

At Dunkin’ Donuts, the two men discuss the case which Rivera has been tracking. Suddenly, Rivera realizes that he’s left a key folder about the security guards at the office.

If Rivera carried a laptop, he’d have all the data at his fingertips. Instead we drive all the way back to the Labor Ministry so the low-tech inspector can dig up the missing documents.

Half an hour later, Aguiluz drives us to a flour mill where some of the security guards he represents are on duty. Rivera approaches one of the guards. But after a few questions the guard’s supervisor shows up and runs us off the property.

Thursday, noon: As a favor for meeting the guards, Aguiluz drives us to the nearby town of La Lima, which is the Honduran headquarters of Chiquita Brands. Rivera has a meeting with leaders of the banana workers union. They greet us with smiles and bottles of banana soda.

The officials tell Rivera that Chiquita is adding new work requirements that were not included in their labor contract. Rivera wants to get out into the fields to see for himself. But he lacks the authority to enter Chiquita property without permission.

The union officials decide to take us incognito. After 45 minutes on bumpy dirt roads in the back of a pickup, we breeze through several checkpoints where security guards apparently take us for Chiquita employees.

Once in the banana patch, the workers say they now have to secure each banana tree with two strands of rope to prevent them from blowing over in the wind. But their labor contract calls for tying down each tree with just one strand of rope.

It may sound trivial. But the extra step slows the workers down, a major issue because they are paid based on how much they produce.

Rivera would like to snap some photos. But beyond a vehicle and a laptop, he also lacks a camera. I end up taking the pictures.

Thursday, 1 p.m.: On the way back to San Pedro Sula, Rivera confides that he identifies with the banana workers because he used to be one. His job was to spray pesticides on endless rows of banana trees.

The job was so tough that Rivera quit, then scraped together enough money to go back to school and earn a law degree. After witnessing frequent abuses in the banana fields, he chose to specialize in labor law.

Rivera has spent the past 22 years as a labor inspector and is proud of his oversight role. “It helps our society,” he says.

When I point out that, in reality, he’s a low-rung bureaucrat with a shocking lack of resources to carry out vital responsibilities, Rivera refuses to complain.

For one thing, riding the bus to perform cursory investigations represents a big step up from his former life as a banana worker. And like many people in Honduras, a country where the most people are either unemployed or under-employed, Rivera is simply happy to have a job.