Infuriated and Inspired, YouthVoices are Ready to be Heard 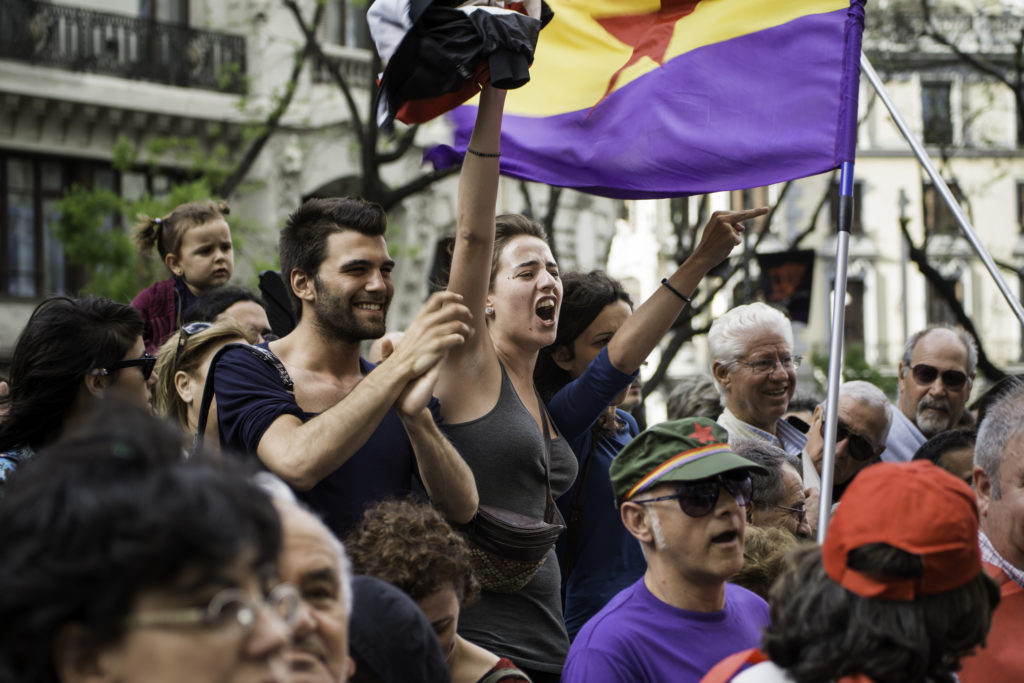 I’ll never forget running along a student protest under the Arc de Triomf in Barcelona last year, as chants against the Spanish government’s new rules for university students echoed off the buildings.

The sticky May air was as heavy as the protest, and my clothes clung to my body. My notebook nearly fused with my hand as drops of sweat mixed with the ink on the pages.

While reporting for two months on the student movements, I became enamored with the culture of protest.

When I returned to school at Northeastern University in Boston, my friends asked me what I liked most about my time in Spain — the food, the wine, the music? And every time I answered, “The people.”

In Spain, people my age are as infuriated as they are inspired. They express it to those around them and strive to change what is fueling their frustrations. I encountered so many students and activists that refused to let any law or regulation determine their future or their right to talk about it. Activist Lucia Lois told me, “We are going to be able to stand up, to analyze the causes of what we are suffering. Not as victims but as active participants in the politics of this country.”

But this fire and struggle isn’t limited to Spain. According to the International Labour Organization, the global youth unemployment rate is projected to grow to 12.8 percent by 2018 with current levels of youth joblessness higher than 50 percent in countries such as South Africa, Greece and Bosnia. Young people around the world are screaming about the inability to achieve their dreams and sometimes their inability to just get a job.

The GroundTruth Project is listening.

Youth represent 41 percent of the world’s unemployed people. The numbers are there but as we know, they’re only part of the story. So GroundTruth, along with RTI International, has developed a user-generated, multimedia storytelling platform to bring young people further into the global conversation.

Are you tired of older generations treating you like a second-class citizen? Have you worked for four years to get a degree and no matter what, can’t get hired? Are you frustrated when you read an article about youth unemployment with a byline belonging to someone older than your parents? Does your government create laws that restrict your education? Have any or all of these things gotten in the way of your dream job? If so, tell us. Whether your medium is video, photo, text or song, we want you to share your story. Maybe you already have your dream job? If that’s the case, tell us how you got it.

Whatever your story is, YouthVoices is your microphone and it’s our generation’s chance to change the narrative. We’re aiming to collect 10,000 stories by April 30, and then we’ll offer paid assignments to contributors who stand out.

Tell us your story.