ON THE GROUND IN BLUFF, UTAH 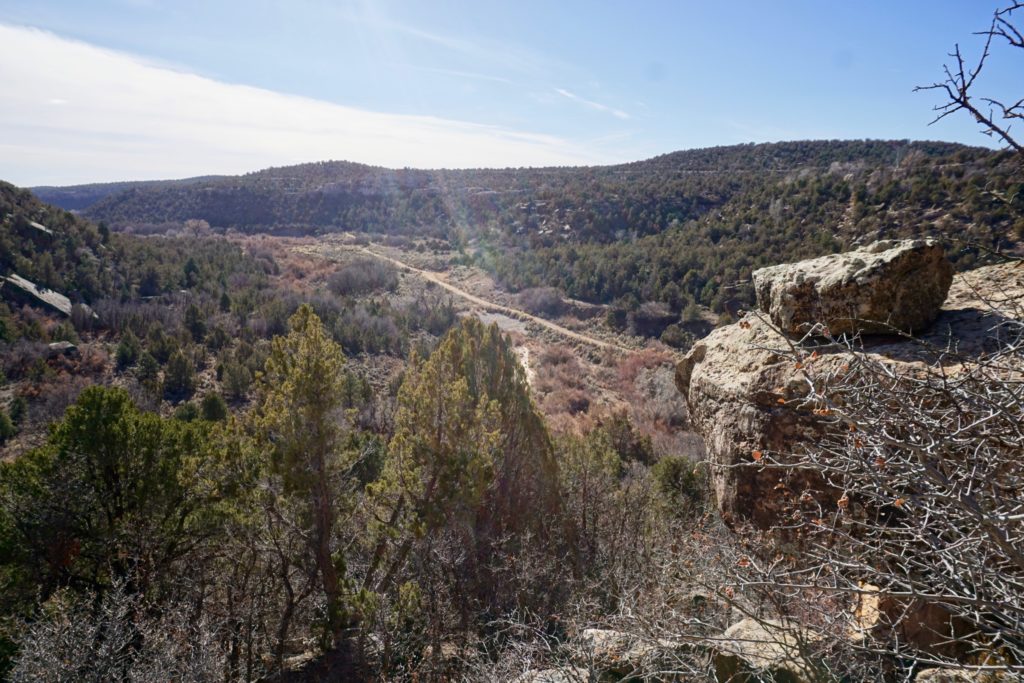 BLUFF, Utah — Drought maps of the southwestern United States looked like a target in 2018, dark red ringing a brown bulls eye. The center, indicating the most severely dry region, was on top of my home in San Juan County.

Snow and rain that winter brought relief, but in May, the region began to slip back into drought. Where I live in Bluff, a tiny town along the northern edge of the Navajo Nation, there wasn’t a soaking rain all summer. Humidity was so low at times that when I pet my cat, we both got a static shock. My laying hens scratched around the yard, looking for insects that had long since disappeared.

San Juan is the largest county by geography in Utah and one of the largest in the nation. It fills in the entire southeast corner of the state, stretching from the Colorado River across tangles of canyons, bare mountain peaks and high farmland to the arid Navajo Nation and lands belonging to the Ute Mountain Ute Tribe.

This area, roughly the size of Connecticut, is home to only 15,500 people — and deep political and cultural divides. In late 2016, the Republican-led county commission railed against President Barack Obama’s designation of the 1.35-million-acre Bears Ears National Monument, and hired an expensive Louisiana law firm to lobby for its reduction. Many locals cheered when President Donald Trump reduced the monument by 85% in 2017.

But around that same time, a federal court found the county — where Native Americans account for a plurality of the population — had violated the Voting Rights Act for racially gerrymandering its voting districts. The court ordered new voting maps and in 2018, the county elected its first ever majority-Native American leadership.

The new commission, controlled by Democrats, moved quickly to reverse course and declare its support for Bears Ears. It even advocated for expanding the monument beyond Obama’s boundaries, to 1.9 million acres, as had been requested by a coalition of five Native American tribes.

These are just some of the conflicts and changes that have pulled at the county’s social fabric, leaving what can seem like little common political ground for people to stand on. And the divisions are exacerbated by the fact that this desert — with towering sandstone buttes so iconic they look to be from a Road Runner cartoon — also is a local news desert.

The county’s only newspaper, the San Juan Record, has done a commendable job working to report local stories, including tracking a series of lawsuits that brought the county to the brink of bankruptcy. But its offices are an hour away from the Navajo Nation and the paper often lacks the resources needed to do justice to the county’s diversity and complex politics, let alone to engage in time-consuming investigative journalism.

In the void, highly ideological blog sites and special interest groups have stepped in, spreading misinformation and stoking outrage. If one half of the county sees a major voting rights victory for Native Americans in the redistricting case, the other will talk about federal overreach and a corrupt judicial system.

The Bears Ears controversy meant there was no shortage of national news coverage of this area in recent years. Reporters from cable news stations, big newspapers on both coasts and national magazines covered the controversy.

But those stories were largely produced for export, like the uranium extracted from Navajo lands during the Cold War or the power currently generated by area wind farms. Equally pressing issues — from the quality of roads on the reservation to dramatic swings in the local economy — failed to get much attention. Blunders by county officials went unnoticed, like a years-old $100,000 overpayment to a law firm. (The payment was subsequently refunded to the county).

At times, it can feel like the only thing all residents agree upon is their connection to the land and the weather. No matter who you talked to in the county last fall, everyone knew about the drought. Hunters from all political persuasions understood that elk had disappeared from their usual haunts in the ponderosa forests, off to search for elusive springs. Teachers, restaurant workers and roughnecks noticed large swaths of typically hardy juniper trees were dying off on the mesas.

That level of commonality is important, proof that we’re still neighbors. But it’s not enough. For government to function well, we need an independent and principled local media: observers sitting through meetings week after week, reporting on issues that are most pressing to residents while shining light on the decisions of elected officials. Luckily, southeast Utah saw a small revival in local journalism in 2019. The county paper has begun to do more coverage of the Navajo Nation, and two statewide outlets stationed full-time reporters in the area.

County Commission meetings are quieter. It appears some of the political tension has begun to lift. And over the last few months, the rains have returned.

But drought in the desert, like political cohesion, has always been a matter of degree; at any moment the rain could cease or the controversies could flare up again. The next time that happens, however, the local news network must be prepared to produce the kind of journalism residents want and need. And ideally that reporting will help people agree on more than just the weather.

Zak Podmore covers San Juan County for The Salt Lake Tribune. This dispatch is part of a series called “On the Ground” with Report for America, an initiative of The GroundTruth Project. Follow him on Twitter: @zak_podmore.