ON THE GROUND IN NEWPORT, RI

In Newport, leaders tackle the inequity of a city famous for its affluence 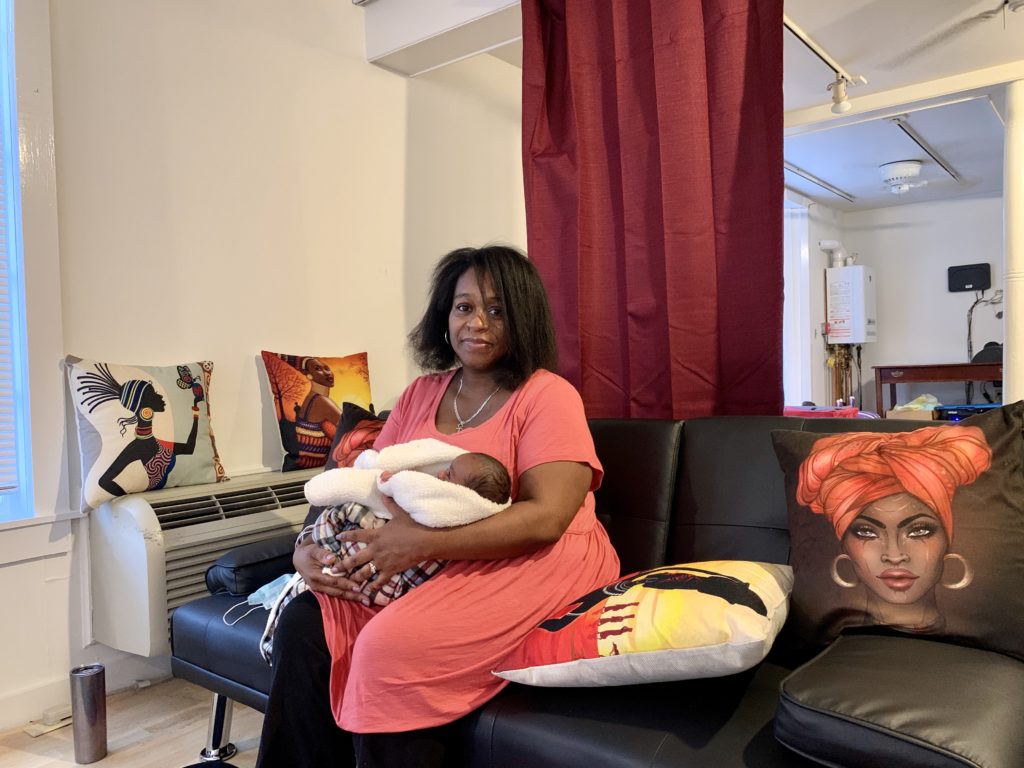 NEWPORT, R.I. — To many outsiders, Newport is a pillar of American opulence. Nicknamed “America’s First Resort,” the seaside destination draws millions of visitors, who flock to the city’s cobblestone streets and colossal Gilded Age mansions. During the summer, boats pack the harbor as regattas are raced around the jagged coastline.

But many year-round residents are far removed from such luxury. Segregation, some say, was systematized in Newport through city planning, perpetuating racial and socioeconomic disparities that persist today.

“There’s more than one Newport. And I think that’s part of Newport’s problem — that we put on a facade and a happy face,” said Niko Merritt, a decade-long resident and founder of Sankofa Community Connection, a local nonprofit dedicated to empowering Newport’s Black residents, who make up more than 7% of the city’s population.

Merritt said the city can feel like an entirely different place depending on who you are and where you live. She came to this realization early on, when a salon in town turned her away, she said, telling her they couldn’t style “ethnic hair.”

In a city famous for its grandeur, almost one in four children lives in poverty, among the highest rates in Rhode Island. Nearly 70% of the students in Newport’s public schools are from low-income families. The local high school, which the city just approved a $106 million bond to replace, was ranked among the facilities in worst physical condition in the state.

“I feel like people just assume that it’s a certain way and everything’s great,” Merritt said. “They feel like we’re just a tourist town and it’s full of beauty and splendor. Some parts are, but not where most of the people live.”

Now, Merritt is among many local community leaders, historians and public officials working to address long-standing inequities in Newport, but their efforts face significant challenges.

The geographic layout maintains the city’s division. The North End neighborhood, home to many residents of color and low-income families, is isolated by a bridge ramp and a main road that cut across the city. Although the North End is situated a couple miles north of Newport’s downtown, this limited connectivity disrupts travel between the two areas and inhibits community cohesion.

But one of Newport’s greatest barriers to addressing economic and racial disparities, Merritt said, is the denial of the city’s reality — the difficulty some people have recognizing that systemic racism and prejudices exist locally. The tourist town’s idyllic image exacerbates this issue, because it can overshadow and undermine attempts to call out negative experiences, she said.

“There was a lot of misunderstanding that would often happen about my community,” said City Councilor Angela McCalla, who represents the city’s First Ward, which contains the North End. “I recognized pretty quickly that a lot of those that were underrepresented were often shut out. Like, their conversations didn’t really carry very far.”

McCalla is first-generation American, as her father emigrated from Senegal and her mother from Korea. When she was elected two years ago, she became the first woman of color to serve on the seven-person council in decades. McCalla said she now feels a responsibility to discuss local injustices, even if it makes some residents uncomfortable.

The First Ward is receiving extra attention this year, as the Rhode Island Department of Transportation finally embarks on a project to realign the bridge ramps that partition Newport. The project is expected to open up several parcels of land in the North End, and in 2019 the city hired consultants to devise a guide for future zoning and development, called the North End Urban Plan. The document went through a public review process before Newport’s Planning Board this fall, and is now headed to the Newport City Council.

Some North End residents are wary of the project, fearful that development will accelerate gentrification and make the North End unaffordable for current residents. But McCalla says that, with sufficient emphasis on equitable development, the North End Urban Plan could begin mitigating the wealth gap in her district and benefit local families.

“They’re really hoping for a chance to get, you know, more jobs, higher-wage pay,” McCalla said. “People want to live here, it’s beautiful. And we carry the philosophy that you shouldn’t have to be a millionaire.”

Still, the resistance that accompanies certain conversations about Newport’s marginalized communities is personally difficult for McCalla. In May, a virtual City Council workshop was disrupted when anonymous participants began writing hate speech and racist slurs, some of which were directed toward the councilwoman.

Several weeks later, as protestors marched for racial justice in Newport and across the country, the City Council considered a resolution formally condemning hate speech and requesting implicit bias training for all city employees. McCalla didn’t anticipate much pushback, so she was surprised when some of the council took issue with the section on implicit bias training, calling it “accusatory.”

The resolution ultimately passed 6-1, but McCalla said it was hard to listen to the Council debate the proposal — which she thought of as a “no-brainer,” a small step toward addressing racism — for nearly an hour and a half.

“I was in a different space, or a different mindset on what that equity meant. And obviously, I probably had this — ‘Woah, we have a long way to go,’” McCalla said.

McCalla has lived in Newport for six years, and she works for Child and Family Services of Newport County as a recruiter and trainer of foster parents. As Newport reckons with deep-rooted disparities within the city, she hopes her leadership will inspire more First Ward residents to stake a claim in Newport’s government, even if that means running against her one day.

“Go ahead, let’s care. Our voice does matter,” McCalla said.

Merritt, of Sankofa Community Connection, says her ultimate goal is also to help residents of color — especially children — feel represented in Newport’s leadership and community spaces. After fundraising this year, she has secured a physical space for Sankofa Community Connection in the heart of the city’s downtown, a block away from the public middle school and City Hall. She hopes the location will help physically and symbolically center Sankofa’s mission.

In the meantime, she started writing a biweekly column, called “Unpopular Opinion,” in the local daily newspaper. The name, she said, is a nod to those who would prefer she not call attention to inequity and institutional racism in Newport.

“We need to admit it happens,” Merritt said. “That’s the problem with the keeping up of appearances in Newport. It’s very subtle, but you can feel it.”

Antonia Ayres-Brown covers race and poverty in Newport, Rhode Island for The Public’s Radio. This dispatch is part of a series called “On the Ground” with Report for America, an initiative of the GroundTruth Project. Follow her on Twitter: @aayresbrown