In living color: Antarctica’s vibrant wildlife under the sea 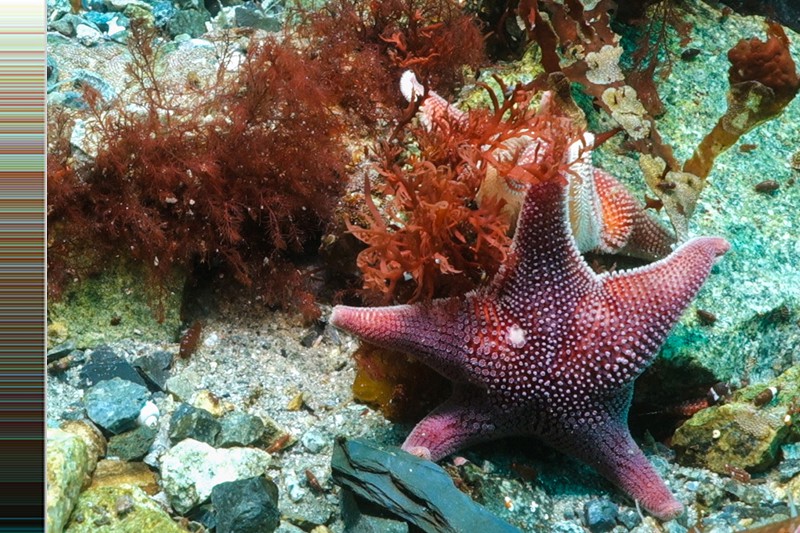 Pixelated color bar depicting image of a purple star in the Southern Ocean. The juxtaposition of color and intensity exposes our assumptions of a ‘colorless’ Antarctica and reveals a surprising realm below, one that tends to be neglected in popular dialogue about a quickly warming Antarctic Peninsula. - (Image courtesy Skye Moret; photograph by Paul North of LEX/NatGeo.)

LOW ISLAND, ANTARCTICA — When I first gave thought to what might live under the sea in Antarctica, I imagined that the fish and other animals would be the same gray-blue hue of the landscape above. Never did I expect the vibrant colors and fantastical shapes that have appeared before my eyes on the back deck of this U.S. Antarctic research vessel — or appreciate the disruption that climate change stands to wreak on the vitality of such a delicate ecosystem.

For three to four months each year, I sail around Antarctica as a marine science technician for the U.S. Antarctic Program, where my job is to facilitate science: to help researchers on seagoing and island expeditions sample and study an ecosystem that few have explored. When I’m not at sea, I visualize data to tell stories. I use programming, illustrative techniques, photography and participatory research to explore new and visual forms of storytelling in the context of complex environmental issues such as climate change.

In my visualizations from this trip, to capture the diversity of life above and below the sea surface, I have used iconic photographs of the continent and quantitatively compared color pixels in a vertical bar that accompanies each image.

I’ve been sailing along the continent since mid-May. Our singular goal on this voyage: to skim the sea bottom and collect fish, which we will keep alive to bring back to a research station within a day’s steam. In order to get there, we had to cross the notoriously formidable Drake Passage, where the entire Southern Ocean squeezes between South America and Antarctica. It’s now gusting up to 60 knots and the 10 foot swells are consistently flooding the back deck with water — not ideal weather for putting expensive trawl nets over the side.

Our big steel ship, the Laurence M. Gould, seeks refuge between two islands on the Western Antarctic Peninsula to ride out the strong gale. Our work will start early the next day, and before heading to bed, I take anti-nausea meds — a rare step for an experienced sailor, but quite necessary given the large rolls we are experiencing. Periodically throughout the night, we poke our bow out into the weather to see if the seas have sufficiently calmed so we can head north for science.

Sure enough, by 0400, in the military parlance of seafaring expeditions, the winds have laid down. We head for the shallow waters of Low Island, with its self-descriptive silhouette, and deploy our net into the sub-zero waters. It takes about 45 minutes for the net to reach the bottom, 15 minutes to trawl for creatures, and another 45 minutes to haul them up to the surface. By the time the bulging end of the net, called the “cod end” for where cod collect when fishing for them, is finally hauled up and over the stern, we are eager to open it and transfer the fish to tanks. Once the net is hauled into a safe area, we quickly untie the fancy slipknots on the cod end and expose the net’s bright, wriggling contents.

At first glance, the diversity of both shape and texture defies expectation: hairy sponges, rigid fish, spiny urchins, feathery hydroids. But as all of the fish are whisked away, the animals accidentally caught in the net remain the true spectacle.

I see bright yellow sea stars the size of throw pillows, spindly sea spiders the size of my hand, toddler-sized sponges, and pink sea cucumbers with white bumps like a real cucumber. As everyone grabs shovels to quickly return these creatures to the sea, my gloved hands touch skates with three foot wing spans and thick worms with inch-long gold spines that look like fine jewelry. Everything is vibrant and colorful in contrast to the frosty gray world above the surface. I gently pick up peach-colored soft corals the shape of cattails and bulbous tunicates that look like wrinkled, white potatoes and return them back to the briny deep.

This little glimpse of what lives at the murky bottom is truly awe-inspiring. A completely different universe below.

I return to Antarctica as both a scientist and information designer because it is extraordinary; rife with stunning scenery and scientific discovery. It is the last unexploited continent on the planet.

The photographs here are the most salient images of the ecosystem here on the Peninsula. The bars to the left of each image sample all of the colors and organize them based on their red, green and blue values. The end result is a juxtaposition of color and intensity that exposes our assumptions of a ‘colorless’ Antarctica and reveals a surprising realm below, one that tends to be neglected in popular dialogue about a quickly warming Antarctic Peninsula.

Though I have mixed feelings about fishing in such a vulnerable area, even for science, I never grow tired of seeing what we bring up in Antarctic nets. It’s like looking through a keyhole at a secret garden of colorful undersea creatures at the bottom of the Earth. Their stark juxtaposition to the white, blue, and brown hues that dominate the scape above motivates my need to show this dichotomy of Antarctic colors through my work: above the sea surface versus below. As a visual storyteller I want to evoke curiosity, awe, and awareness of the vibrant, diverse, and abundant life beneath the surface at these latitudes.

Unfortunately, the Antarctic Peninsula experiences the greatest temperature anomalies in the Southern Hemisphere. The average annual temperature here has been warming 1.1°F (0.6°C) per decade. That’s more than 7.4°F (4.1°C) since 1947, when air temperature was first consistently recorded in the region.

These colorful creatures are incredibly vulnerable and are now the true test subjects in our outcome-uncertain, human-induced experiment called climate change.

Skye Moret is a marine scientist and designer who is reporting for The GroundTruth Project, using data and other visualization methods to convey life in Antarctica and the science of a changing climate. 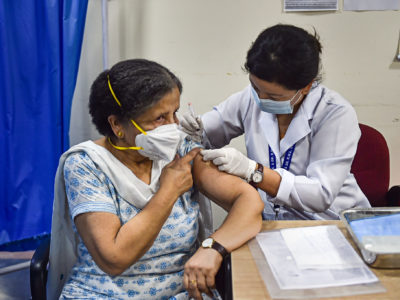