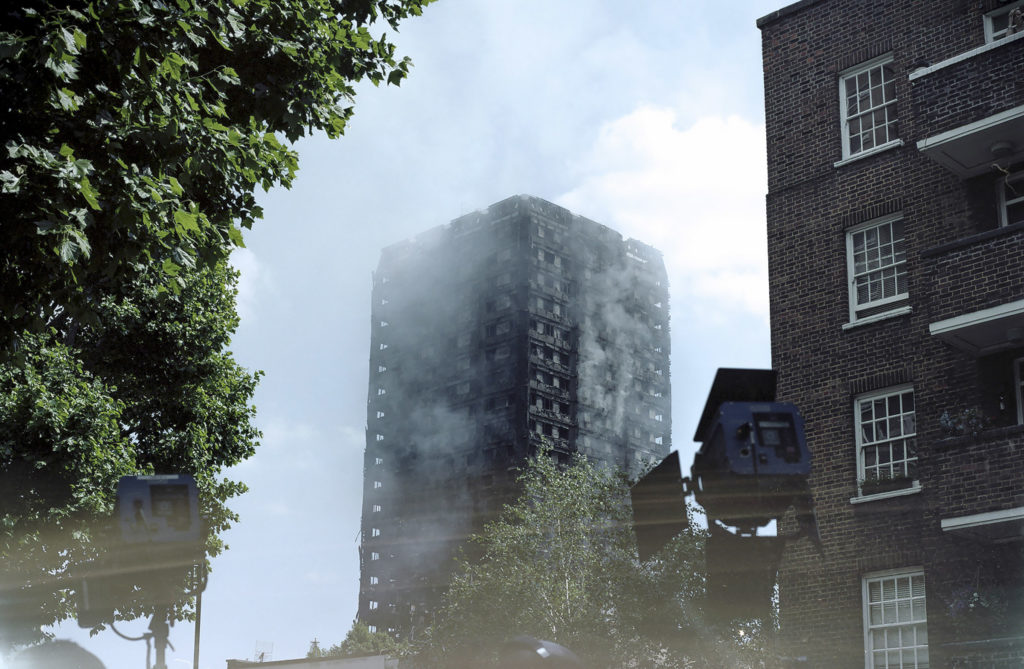 The Grenfell fire started on June 14th, 2017 , it was one of the worst residential fires in the United Kingdom, since World War II. It caused 72 deaths and injured another 70 people.The rising smoke hung in the air for days after the fire.

The title ” In Brutal Presence”  has multiple references. The term ‘Brutal’ refers to the brutalist architecture of Trellick Tower and Grenfell Tower. Brutalist architecture harks back to Post War Britain and the socialist ideals of its’ Labor government at the time, which believed that in order for the country to function again after WWII, the work force of the working class needed to be uplifted through national healthcare and social housing.

The term ‘Presence’ refers to the now – and the resilience of these buildings that still stand. Many have been demolished and replaced by luxury flats or private housing – and the council tenants scattered through decanting to the far corners of the city or even further, to the north of the country.

The idea of ‘In Brutal Presence’ points to the witnessing of these dramatic changes by social housing tenants, who have watched their communities change almost over night – where whole neighborhoods have been redeveloped for the wealthy and generations of families in social housing are forced to move out.

The title is a reference to the decline of social housing, and the ongoing presence of the ‘unknown’ for social housing tenants in the borough of North Kensington.

The tragedy of Grenfell Tower has awakened the London community to the issues surrounding social housing in the most violent way – and in a broader context – to the negative impacts of gentrification and “regeneration” projects on social inequality in London. The fire of June 14th that consumed almost 80% of the tower block should have been a self-contained incident within that 1970s brutalist structure. Instead, the flames turned into a fireball, helped by the newly fitted cladding placed on the building to “beautify” its appearance for the luxury apartments nearby.

The severity of this event has left a physical and emotional mark on the community of North Kensington – and many residents have been dealing with post-traumatic stress disorder (PTSD) and flashbacks of that terrible day. These nine residents reflect on the event, as well as the many other threats that the council imposed on the community, just months before the fire of Grenfell. Regeneration plans were set in motion for the Silchester Estate and Lancaster Estate of Latimer Road, to be torn down beginning of September 2018. It was the fire at Grenfell, which stopped those plans from happening – for now.

Many fear the threat of social cleansing is still in the cards for residents. For decades, these residents and their families have been fighting with the council, in an attempt to prevent their lives from being uprooted from the community. This is the reality of social housing in London’s richest borough. The following quotes were collected between June 14th 2017, till present. It is a resident’s insight into the complexities of housing in North Kensington. It is a story they have lived, and re-lived, for generations in the borough of North Kensington.

In Brutal Presence has been an on-going documentary project that began in 2016 and focuses on certain realities surrounding social housing in London, and the impacts of gentrification and “revitalization” to urban communities through the borough of North Kensington. The neighboring council estates and tower blocks of Grenfell have all shared the same history and are all part of the same story. They have witnessed the changes to their neighborhoods over the years through the process of gentrification and are growingly concerned about the impacts this will have on their future.

This documentary series seeks to highlight their thoughts and perspectives, using interviews and portraiture to narrate the story, as they reflect on living within the wealthiest borough of London. It is a chance for them to share their life experiences; their hopes and fears in this ever-changing reality that is London. 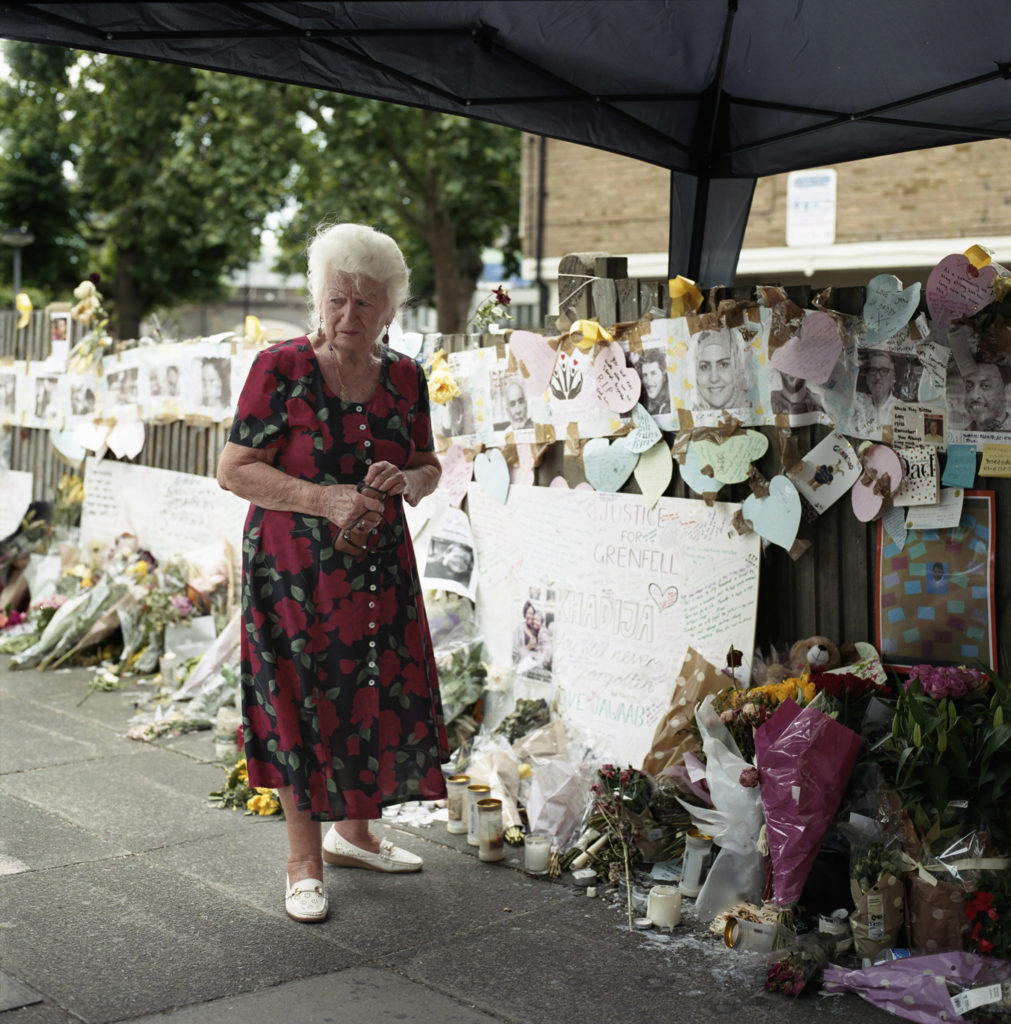 Whistable estate resident of Silchester Road mourned at the Latymer Church memorial wall for the victims of the Grenfell Fire – which is still maintained today. 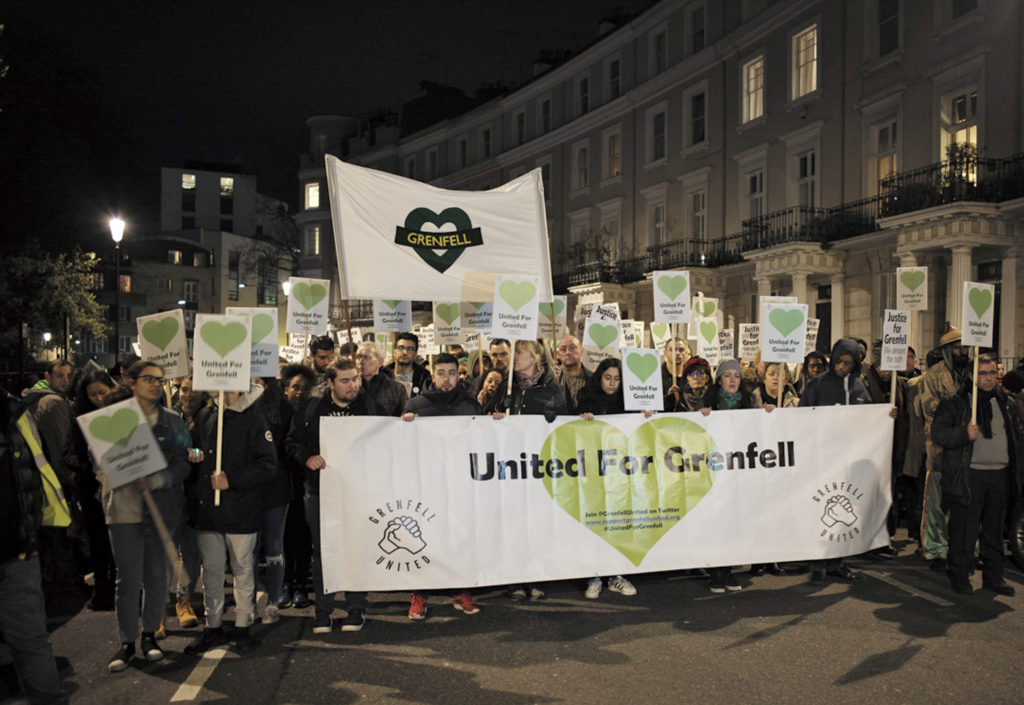