How media can counter extremism and fake news on the web 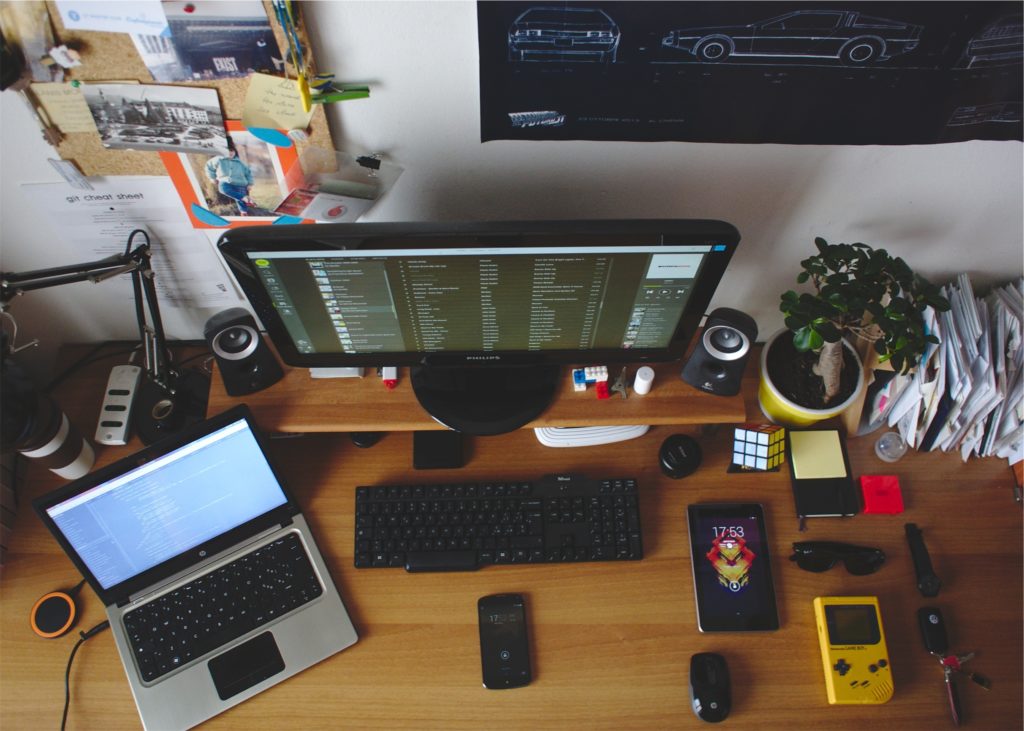 What we now call “fake news” was a problem long before the 2016 presidential race. It was commonly known as propaganda.

But in the digital age, when terror groups like ISIS can broadcast across 45,000 Twitter accounts for free, spreading its ideology widely as it recruits new members, a different kind of vigilance is required.

“In many ways, misinformation, distinguishing propaganda — those are old stories in the history of the world, but the digital technology we have dramatically changes it,” said Nicco Mele, director of the Shorenstein Center on Media, Politics and Public Policy at an event on “Fueling Extremism in a Wired World,” at the Boston Public Library on Wednesday evening.

The group took aim at the way various political actors — from ISIS to President Donald Trump — are leveraging technology to spread their messages while media organizations that once held far more control of the public dialogue are struggling to survive. The sudden concern with “fake news” can be traced to a news industry that has put economics over the public good, Mele argued. 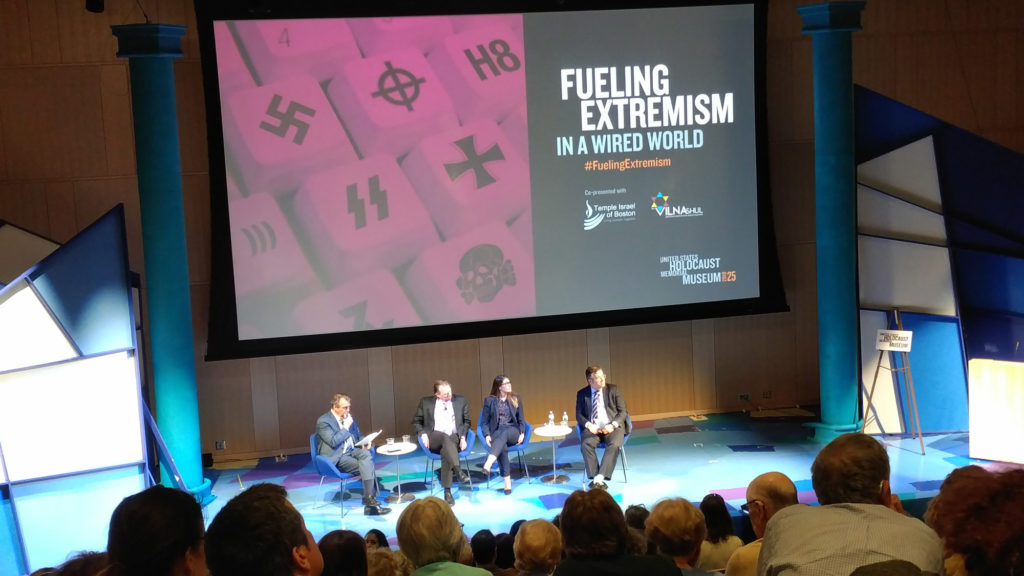 GroundTruth Founder and Executive Director Charles Sennott moderated a panel called “Fueling Extremism in the Wired World” on Wednesday, May 17, 2017. (Photo by The GroundTruth Project)

Those exact numbers, released this week in a report by the Shorenstein Center, characterize a mainstream media landscape that prioritizes Trump over all else. 41 percent of all news stories across 10 major news organizations were about Trump, which is three times the amount of coverage given to U.S. presidents during previous administrations. 80 percent of “newsmakers” discussing Trump were Republican, whereas 6 percent were Democrats and 3 percent were stakeholders in anti-Trump protests.

“I think that’s irresponsible,” Mele said. “Our media in the U.S. has completely lost sight of the values they need to embrace.”

Sennott recalled working as a reporter (and then editor) at the New York Daily News in the 1980s. Trump was only a real estate mogul then, but he already had plenty of pull on the public. He operated as a sort of reality star long before “The Apprentice” and stories about him captivated the public, creating a revenue stream, Sennott said.

“Every time the word ‘Trump’ ran on the front page, boom — record sales,” Sennott said. “It’s an evil that I haven’t thought enough about — that we have to think about now.”

The blurring of news and entertainment can be seen in the way ISIS cultivates an audience and amplifies their messages through mainstream media, from YouTube beheadings to cat pictures.

“They’ve done things like use Nutella to sell themselves. There was even an Islamic State cat instagram account where they were posing with cute kittens to attract women,” said Nimmer of Quantum Communications. “Some of those things are a little counter-intuitive when they talk about propaganda.”

This too has historical precedent.

“In [Nazi] the newsreel coverage, they would show scenes of Soviet atrocities committed against the population and then they would say the Jews did this,” said Luckert of the Holocaust Museum. “They found out it was successful to get the population’s initial support on more radical [things] against Jews.”

“Sometimes, we forget that the Nazis themselves, just like ISIS — most of what they produce is entertainment. It wasn’t blatant propaganda.”

The digital age has made it even more difficult to tell the difference between propaganda and reality.

“We need to work a lot harder on media literacy,” Sennott said. “Our free press is truly in peril.”

In a 2016 study from Stanford University, more than 80 percent of middle schoolers considered “sponsored content” a real news story. Another test from the same study showed high school students an unattributed, doctored picture of distorted flowers and claimed they were from Fukushima’s nuclear crisis. Less than 20 percent of students questioned the source of the post or photo.

Plus, sometimes a damn good story is still worth passing on, whether it’s real or not. 14 percent of people who admitted to sharing fake news said they were aware the story was false at the time, according to one 2016 poll from Pew Research Center.

The answer to fighting extremist propaganda, irresponsible news coverage or fake facts could be fairly straight-forward: Invest more resources in good media, then use it to cross divides and reach the right people.

For the journalism industry, that might mean returning to local coverage.

“I’m a big believer that a lot of this goes back to local journalism and understanding what’s happening in your own community,” Mele said, before adding that Apple’s news app doesn’t even include local news. “In America and many other nations actually, we’ve just become more and more disconnected … sometimes in very dramatic ways.”

To deal with ISIS, Nimmer teamed up with the U.S. government and built an e-reader app that digitizes classic Arabic literature. She said that only about 1 percent of the internet’s content is in the Arabic language, so extremist groups naturally fill the holes.

“When that audience is looking for entertainment on a Friday night and the best produced content is coming from ISIS or the like, it’s easy to see how that appeals and how opinions are shaped,” Nimmer said.

Even though the app said it was paid for by the U.S. government, Nimmer claims it still received nearly 1 million downloads. She also worked on making Arabic music and videos available, then she used advertising to target people who search queries that might be used by ISIS sympathizers.

“Once you can get talking to the specific people who are just asking questions, that opens a lot of opportunity,” she said.