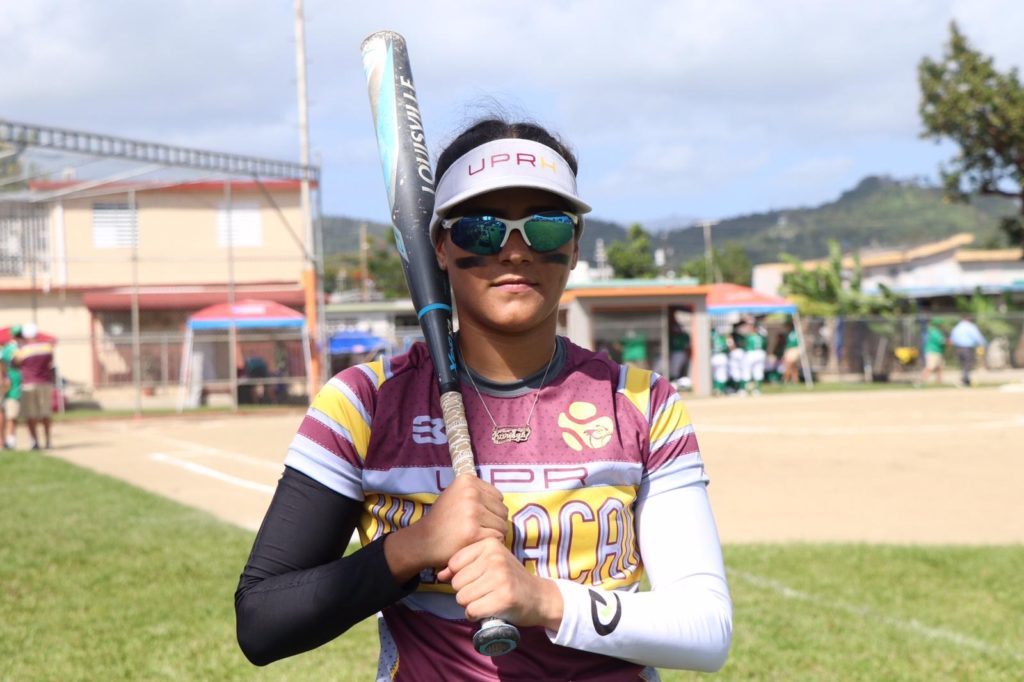 SAN JUAN, Puerto Rico – Due to the COVID-19 pandemic, the Puerto Rico Intercollegiate Athletic League announced on March 12 that all its tournaments and upcoming events would be suspended. The decision came in the wake of Governor Wanda Vázquez Garced’s state of emergency declaration, and three days later, the Puerto Rico state government implemented a lockdown as the first suspected cases of the virus appeared on the island.

Initially, Vázquez Garced ordered all sports events “paused” until at least March 31. Later that same day, a second executive order came down, extending the lockdown a further two weeks. Then, on Monday, April 13, the Intercollegiate Athletic League announced this semester’s sports season is officially canceled across the island, and all athletes affected will get an additional year of eligibility.

A feeling of uncertainty has come to dominate life here. But there’s also hope, and in Puerto Rico it comes in the form of athletics.

The island has adapted to disaster before. Three years ago, on September 20, 2017, Hurricane Maria hit Puerto Rico, devastating its population, infrastructure and economy for years to come. The day after that Category 4 storm, the island’s cultural landscape looked drastically different, and when the University of Puerto Rico resumed its academic semester in October, trees had been uprooted, classrooms destroyed and sports facilities rendered inoperative. The cancelation of the 2017-2018 college sports season was feared by many student-athletes who’d sacrificed the familiarity of home to fulfill their dreams of representing the university.

At the time, Glorisabel Hernández and Karilys Aguayo, UPR athletes from different campuses, led their respective teammates in a monumental effort to save their college softball season. Hernández is a member of the “Jerezanas” at the Río Piedras Campus, located on the island’s capital, and Aguayo plays for both the basketball and softball teams for the “Búhas,” in Humacao, a smaller campus in Puerto Rico’s eastern region. Despite the challenges imposed by the hurricane, the two young women knew the value of sports as a healing tool for students who experienced a traumatic event like Maria, and acted to ensure its survival.

“For the past three years, college sports activities have decreased in Puerto Rico and its recovery process has been tough and slow,” explained Aguayo, who majors in communications at the UPR campus most devastated by Hurricane Maria, the center of which ripped through the southeast coast, near Humacao. “Some institutions, both in the UPR and the private sector, do not fulfill the infrastructure requisites, but students remain committed to continuing their training and participate in contests.”

That commitment is being newly tested in the age of COVID-19.

Sports are one of few expressions by which Puerto Rico is internationally recognized as an autonomous nation, despite the political control exercised by the United States government over this Caribbean territory. Even in the wake of the hurricane’s devastation, Team Puerto Rico ranks as the world’s fourth-best team in women’s softball, according to the 2019 WBSC Rankings, though the team lost a decisive game against fifth-ranked Mexico at the Olympic qualifying tournament last August.

The current health crisis and the consequent pause in college sports are reminding student-athletes of the experiences lived after Hurricane Maria, and they’re deploying the lessons they learned then.

In San Juan, post-hurricane recovery and events were not necessarily experienced in the same way as in the towns outside the island’s capital. While the hurricane impacted and destroyed areas across the entire island, the speed of the recovery processes varied depending on the region or community. State governmental offices and the headquarters for most of the centers that offer basic services are located in the capital.

“In our softball team, some of our players come from outside of San Juan’s metropolitan region, including towns such as Coamo and Utuado,” said Hernández. “They had economic losses. Many of them were training in San Juan, while their parents stayed at their hometowns without a chance to get in touch due to the blackout. Our team was their only family and shelter at the moment.” She added that, because of the university’s inability to present on-campus dorm options for athletes, players whose hometowns are outside of the San Juan metropolitan region had to invest in expensive dorms off-campus.

For the Humacao team, the experience of dealing with the absence of an official softball field has transformed its players into regional nomads. However, they have constantly benefited from the solidarity of communities that have welcomed them to use their local sports facilities. Such collaboration from local residents shows the sense of belonging that communities often develop toward teams from nearby universities, ties that are now more critical than ever.

And though the 2018 college softball season was saved, both Aguayo and Hernández were unable to play home games at their respective campuses because, like many UPR sports facilities, they were unsafe, or altogether destroyed. Two and a half years after the hurricane, and on the eve of the COVID-19 lockdown, their teams were still unable to play home games on campus. As of December 2019, the UPR public university system has only received 0.41% of the recovery funds requested by the institution, according to a story published by the Center of Investigative Journalism in Puerto Rico.

As of April 2020, the Federal Emergency Management Agency has disbursed $5,557,742 of recovery funds to the island in general, under the categories of “parks, recreational areas and other facilities,“ representing only 4.25% of the obligated $130,647,191.  The coronavirus crisis only threatens to delay the sorely-needed funds further.

“When all of our efforts regarding the team’s physical and mental preparation seemed to be working out, we got into this state of uncertainty and it is something difficult to digest,” Hernández recalled. “Despite all the challenges, I am optimistic about resuming the season to demonstrate that there is no hurricane, earthquake, fiscal crisis, austerity or pandemic that will stop us from giving everything on the field.”

The same hope that inspired them to save the 2017-2018’s college sports season is now one of the sources of inspiration in the midst of the global COVID-19 crisis.

“For obvious reasons we cannot leave our homes these days and that concerns us when it comes to defining our performance as athletes. Still, that doesn’t erase our inspiration as a family committed to compete at the highest level to reach our goal of becoming league champions,” said Aguayo.

For both Hernández and Aguayo, sacrifice has always been part of the game, worth its weight in gold. Now, they await the opportunity to meet it again.

“We play for those three letters on our chest,” Hernández agreed.

Rafael René Díaz Torres covers Hurricane Maria recovery efforts for Centro de Periodismo Investigativo. This dispatch is part of a series called “On the Ground” with Report for America, an initiative of The GroundTruth Project. Follow him on Twitter: @rafaelrened.