How the 2020 presidential election could come down to state lawmakers 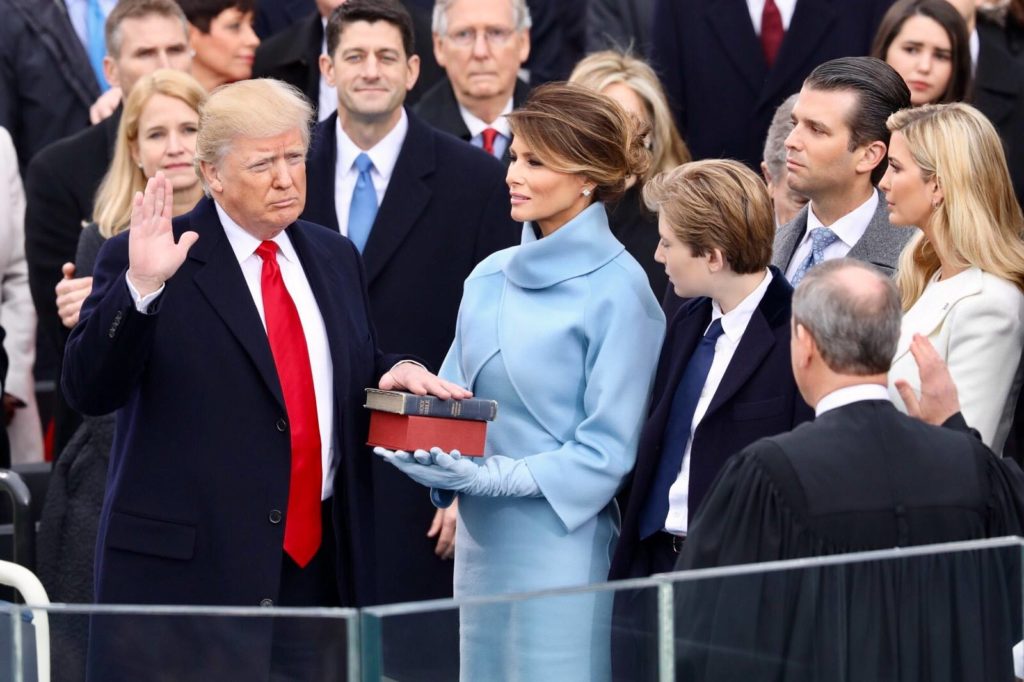 Edward B. Foley has a recurring nightmare.

It’s Nov. 3, election night. President Donald Trump and former Vice President Joe Biden are locked in a dead heat, with each candidate needing the state of Pennsylvania to cement victory. But the state is too close to call.

In this scenario, Trump is ahead by 20,000 votes and claims victory, but media outlets refuse to call the election. In the last four elections, the Democratic presidential candidate made up at least 22,000 votes in Pennsylvania after mail-in ballots were counted, and this year, due to the pandemic, Pennsylvania expects more mail-in ballots than ever. Trump’s lead is far from safe.

As the ballots are counted over the next week, the tally starts to swing in Biden’s favor, until finally, he passes Trump and wins by a few thousand votes. Biden declares victory, but Trump throws an almighty Twitter fit and declares the race stolen in a moment of massive fraud.

It’s at this point, Foley fears, that things could start to get wild.

Foley specializes in contested elections. He’s an election law professor at the Ohio State University’s Moritz College of Law, the author of the books “Presidential Elections and Majority Rule” and “Ballot Battles: the History of Disputed Elections in the United States,” and a founding member of the National Task Force on Election Crises.

The post-election vote “blue shift” Foley describes in the scenario is a trend he first picked up on in 2013 as mail-in balloting became more widespread, and has manifested most prominently in 2018 midterm elections in Arizona and Florida. More mail-in balloting this winter makes it an even more likely occurrence.

His Pennsylvania scenario was not more than a thought experiment when he laid it out in a paper last winter: an attempt to highlight the holes in U.S. election law and the ways the system could fail. But as the pandemic has forced massive changes to election processes and Trump has doubled down on attempts to discredit them, the possibility of an election meltdown has increased.

“It doesn’t have to snowball,” said Foley. “The system is counting votes that are entitled to be counted. But if the president is saying, ‘Stop. I think I won, where did these blue shift ballots come from?’ You could have this dispute spin out of control.”

In Foley’s scenario, once final vote tallies are in, Pennsylvania’s Democratic governor, Tom Wolf, declares that the state’s 20 electoral votes will go to Biden. But, Republicans point to a few small counting irregularities as evidence of larger fraud– like they did two years ago in Florida – and after months of Trump’s attempts to discredit mail-in balloting, his base is outraged.

Both houses of Pennsylvania’s legislature are GOP controlled, and as the controversy gains steam in court proceedings, media coverage and the public consciousness, the two houses vote along party lines to send a slate of Trump-supporting electors to Congress.

The result: when the newly elected Congress convenes on January 6 to tally electoral votes and declare the next president, they’re confronted with two different sets of results from Pennsylvania and a constitutional crisis.

“If Congress divides over the submissions, we’ve got two people claiming to be president,” said Foley. “Who gets the nuclear codes?”.

Experts have fretted over whether the Republican-held Senate will continue to back Trump in the event of a contested election, but, as in Foley’s example, which assumes Democrats don’t regain control of the Senate, federal involvement depends first on the decisions made at the state level.

There are some federal regulations on election procedures – most notably the 1965 Voting Rights Act – but by and large the Constitution gives state governments sweeping power over how they conduct elections. Legislatures write and pass voting policy. Election officials – usually the state’s secretary of state, but sometimes a board of elections – help design those policies, then make final, executive decisions on how votes are cast and counted. In emergencies like a pandemic, those executive powers take on more importance.

That, however, was a unique case. If elections are litigated, they rarely make it to the Supreme Court.

“The vast majority of cases are a matter of state law, and federal courts can’t touch them,” said Loyola University law professor Justin Levitt, who has been tracking coronavirus-related election cases around the country. So far, only seven of the almost 200 cases on Levitt’s tracker have actually made it to the Supreme Court.

Related: How Americans cast ballots in November will likely be decided by courts

“The Supreme Court has made it abundantly clear they’re not going to ride to the rescue,” said Levitt.

In 2000, Levitt said, the election ended up on the high court’s docket because the consistency of the state’s election laws themselves were being contested – not whether officials followed them – and because the recount was encroaching on the federally mandated deadline for electors to meet.

That means that, no matter if the issue is legislative, executive or judicial, a contested election is most likely to be decided by state officials.

In the eight states FiveThirtyEight rates as most likely to decide the 2020 election (Arizona, Florida, Michigan, Minnesota, North Carolina, Ohio, Pennsylvania and Wisconsin), Republicans control three governorships, seven legislatures and four state Supreme Courts, compared to five governorships, no legislatures and three courts in the hands of Democrats (the Wisconsin Supreme Court is chosen through a nonpartisan election, and the bicameral Minnesota legislature is split).

Of the eight, Florida and Ohio are entirely controlled by Republicans, and Arizona would be if it weren’t for the Democrat Secretary of State in charge of its elections, but all five Democrat governors are working in divided governments.

That means something like Foley’s vote by mail-triggered scenario could play out in five states, and maybe Arizona. But even the unified governments in Florida and Ohio are no guarantee of smooth sailing: In the Florida of the 2000 election, the only thing Republicans didn’t run was the state Supreme Court.

There’s a simple way to avoid this or any other election crisis: elect either Trump or Biden by a wide enough margin that it can’t be contested. But Lawrence Douglas, a law professor at Amherst University and author of the recent book “Will He Go? Trump and the Looming Election Meltdown in 2020,” says that this solution shouldn’t be necessary.

“The idea that you have to beat Trump decisively if you’re going to beat him at all sort of distorts what democratic governance means,” said Douglas. “What counts as a loss?”

Democratic governance only works when an election loser accepts their loss, and there are holes in our system that a powerful person who refuses to do so can exploit.

“We’ve had two elections in American history [1876 and 2000] where the country had to wait to know the answer. But at the end, the losing side accepted defeat. The losing side acknowledged that the voters got the choice they wanted, it just wasn’t them.” said Foley. “Elections aren’t run for the sake of politicians. They’re run for the sake of the voters. That’s what self-government means.”

The U.S. has made it through two and a half centuries of mostly peaceful transitions of power, the Civil War a notable exception. This year, though, there’s a global pandemic, an eleventh hour overhaul of voting systems and a president openly trying to keep votes from being counted. Can the U.S. election system handle 2020?

This story is part of a reporting effort on voting rights in America presented with support from the Jesse and Betsy Fink Charitable Fund, Solutions Journalism Network and MacArthur Foundation.