Hope and economics (and Obama and Modi) collide at climate talks 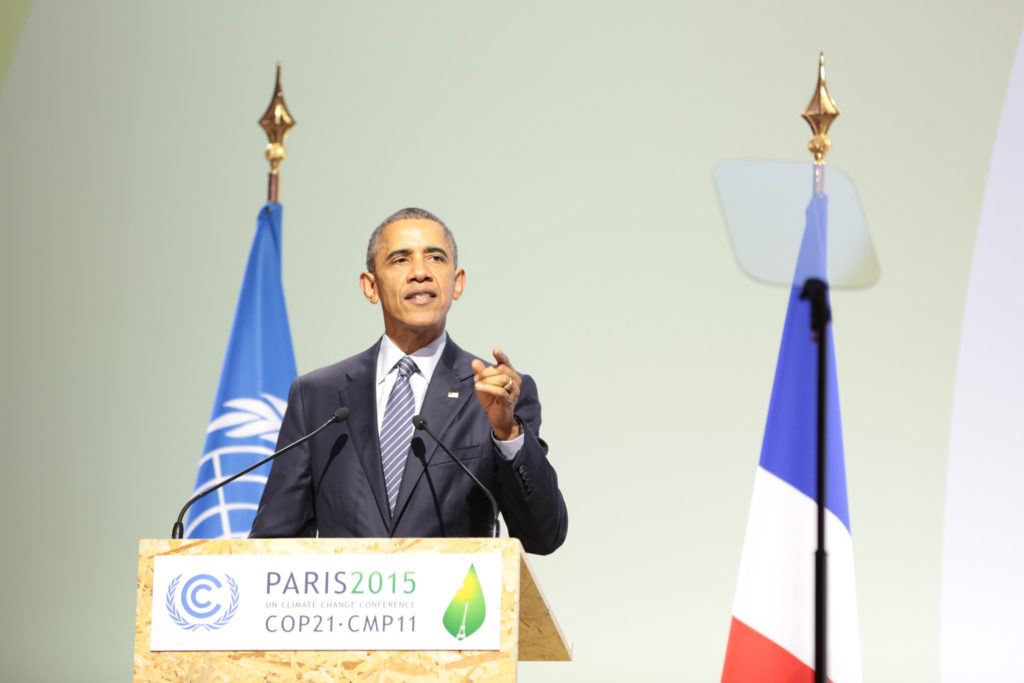 PARIS – Though he warned that “getting 200 nations to agree on anything is hard,” President Obama insisted on Tuesday that an international agreement on climate will be reached before the end of the UN climate conference later this month.

“I’m sure there will be moments over the next two weeks that progress will be stymied and everyone rushes to write that we are doomed,” Obama said, repeatedly stressing America’s leading role in the climate talks at a press conference at the OECD in western Paris. “But I’m convinced we’re going to get big things done.”

North of the city, at the Le Bourget airfield, dissonance between the optimistic pronouncements of leaders of “developed” countries like the United States, France, United Kingdom and Germany and the more critical words of “developing” nations like India, China, South Africa and Brazil affected the tone of the first days of the conference.

Indian Prime Minister Narendra Modi took the lead in championing the developing side of the economic divide in Monday’s plenary speeches that opened COP21.

“The prosperous still have a strong carbon footprint and the world’s billions at the bottom of the development ladder are seeking space to grow,” Modi said, framing the speech in terms of “climate justice.” “

It is not just a question of historical responsibility, they also have the most room to make the cuts and make the strongest impact. And climate justice demands that with the little carbon space we still have, developing countries have enough room to grow,” he said.

Read the rest of this report on PRI.org.