Revisiting the state of women in politics 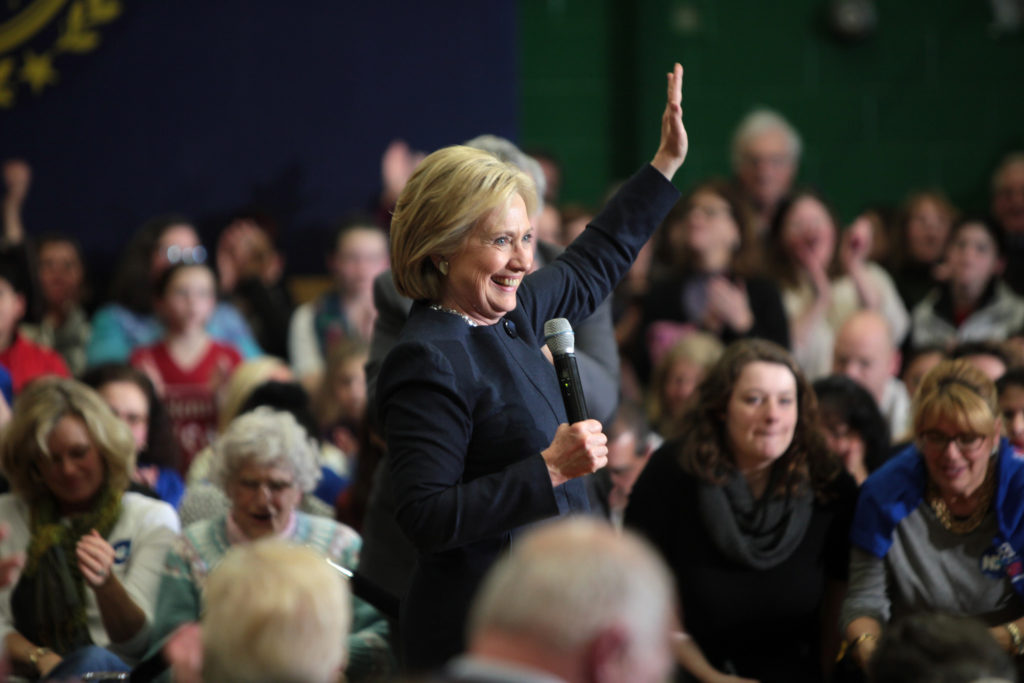 Hillary Clinton made history Tuesday night when she clinched the Democratic Party nomination, crossing the 2,383-delegate threshold and defeating Sen. Bernie Sanders. It’s the first time a woman has won a major party nomination in the U.S.

It’s a major milestone, but the U.S. actually lags far behind other countries in its number of women politicians.

“It may be hard to see tonight, but we are all standing under a glass ceiling right now,” Clinton said to a crowd of supporters in Brooklyn on Tuesday. “Tonight’s victory is not about one person. It belongs to generations of women and men who struggled and sacrificed and made this moment possible.”

Less than a year ago, GroundTruth Fellow Jenny Starrs reported that 2016 could be a turning point for women’s representation in America. At the time, Starrs was reporting from Manchester, New Hampshire, as part of GroundTruth’s Laws of Men series, which explored gender inequality across the globe.

“The opportunity for a female role model in the presidential field has never been more open or more needed,” she wrote. “Countless impressionable eyes from around the globe are already fixed on the trials and triumphs of its female candidates.”

But, as Starrs’ story noted, female representation remains slim. Women make up less than 20 percent of Congress, leaving the U.S. at the low ranking of 97 on the Inter-Parliamentary Union’s Women of Parliament Index. Only about 32 percent of women in Congress – or 6.2 percent overall – are women of color.

The percentage of women lawmakers in state legislatures or as city mayors does not exceed 25 percent, either.

Clinton’s nomination is undeniably historic and is an inspiration to many. However, it’s a good time to revisit this story by Jenny Starrs. See the whole series here.