ON THE GROUND IN BEIRUT, LEBANON

Helping Beirut dig out of the rubble, and bearing witness to the grief of a broken city 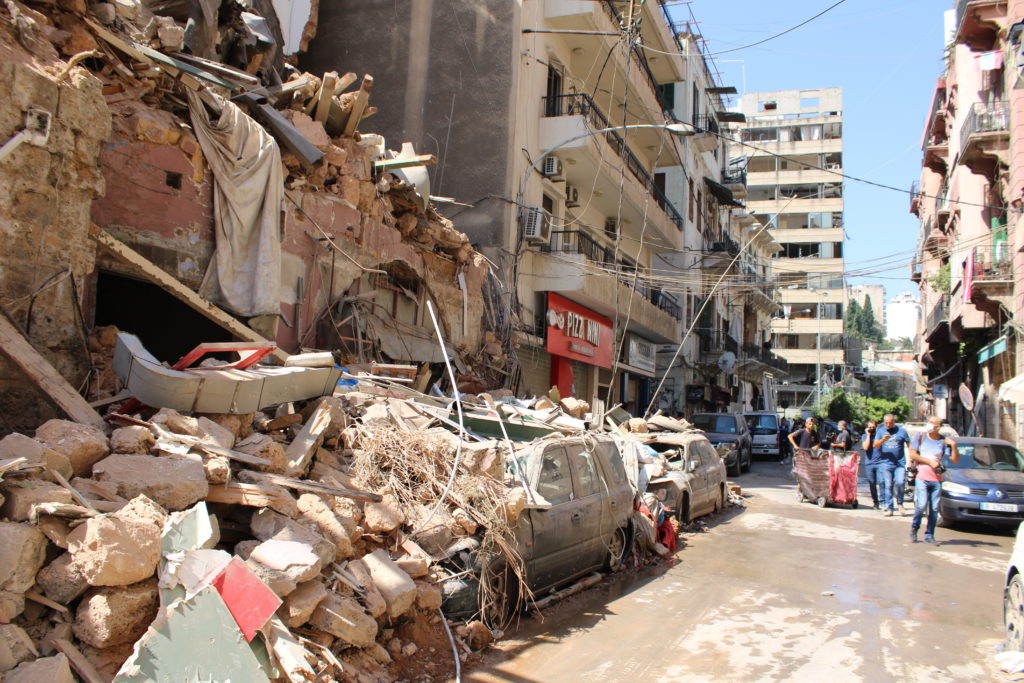 A historic building collapsed on parked cars on Gouraud Street in the Gemmayze neighborhood of Beirut. (Photo by Michael Karam/GroundTruth)

BEIRUT – The streets are lined with dust. On car windows, people have scrawled messages, displacing the dirt residue to speak out: “hang their nooses,” they read, and “down with the system.” Buildings look naked, and shattered window glass cover sidewalks in a glistening sheet of crystal blue. The piles of garbage are both old and new, the before and the after.

A woman in a striped shirt and jeans walked by my brother and me as, with a deep sigh, she took a photo of the wreckage. It broke through her pale blue mask. It was a familiar sigh, the kind heard at funerals and memorials. A sigh of grief. Heavily, it drew from the pain of the wreckage. And still, that wasn’t enough.

Walls and doors and windows are now gaping holes. The blast, an explosion of 2,750 tons of ammonium nitrate being stored in a warehouse in the Port of Beirut, across the highway from this neighborhood, clawed through. It didn’t discriminate between the contemporary skyscrapers and the low houses painted in pinks, yellows and blues. Their red roofs are now pockmarked, letting in the summer light. I look up, and through some of the holes that were once windows we see the clear sky. There is no roof.

There are young people everywhere. Community members and volunteers sweep and collect debris. In modest push and pull movements, their backs like the arches of delicate windows that once were, they cut straight and clean through the mess. It is slow and gradual work. Some of them wear helmets and masks. All of them have brought their own shovel or broom, with bristles in an industrial red or blue that once lived in well-worn places against colorfully tiled kitchen walls. Now they’re marched like tridents down the streets of Beirut.

Some people went the extra mile and brought helmets. I see gloves too. Two young women hop out of a service, what we call taxis here. They hand out water bottles and Bonjus to the volunteers. We used to drink the pyramid-shaped juice boxes during recess back in school. These are soldiers walking down their own streets, moving from one scene to the next, up and down the hills of Beirut’s Gemmayze, which overlooks the site of the blast. In the distance, the grain silo hovers over a vast wasteland.

At the time of writing, the blast has officially claimed 154 lives and more than 5,000 are wounded. According to Beirut’s governor, 300,000 people are now homeless.

In a tent down Pasteur Street, another volunteer offers coffee and trash bags. Everywhere there is debris. And glass. Glass turned into dust, into shards, into pebbles, into spider webs. All of it still reflecting in the sun.

“Yalla, we’re going to Karantina,” one volunteer tells her friends. “They need us there. There are not enough people. We’ve done enough here.” Karantina, a land of giant warehouses and industrial spaces, is close to the blast site. Civil defense is still looking for bodies there. I think of my elder brother, who went to help with cleaning efforts this morning.

Gemmayze is one of Beirut’s few remaining heritage sites, home to my favorite bars, art galleries, buildings and staircases. If I hadn’t been quarantined for 48 hours after landing in Beirut on Sunday, awaiting my COVID-19 test results, I would have been in Gemmayze on Tuesday evening. “You can’t think like that,” my aunt tells me later.

A young girl is standing by ornate paintings in the lobby of a building I have photographed before. It has three arches topped with round windows that now look like empty eye sockets. The balcony railings used to be white and intricate. In the before, the stone was a light brown, almost beige.

She needs help moving the rest of her grandparents’ stuff into a van parked across the street, she implores with heavy breath. She, her brother and father have already moved the heaviest of paintings. There is only a front gate to the building, where there were once glass doors. Everything else is blown open, and the sea breeze makes it way through the halls.

My youngest brother Semaan and I lend a hand. “Who painted these?” Semaan inquired. “My grandfather,” she answered. She’s wearing a mask but when she smiled the elastic moved upwards with her cheeks. I don’t know how she mustered it.

Her grandparents are okay. They have left for the village, she explained, and now we are clearing the apartment.

We move paintings and pictures of St. Charbel. A painting of the Virgin Mary her grandfather painted. Vinyls. And so many shoe boxes. I thought I was the only person to pack things in shoe boxes.

When I hear her dad introduce himself to the doorman one last time I recognize the last name. “Which village are you from?” I ask her, trying to sound casual, trying to make small talk that would have otherwise been normal.

“Baskinta, originally,” she says. “That’s where we’re from,” I exclaim.

She cheers. I smiled back. Here, 44 km from the village, we have found each other in the wreckage.

We hear shaking. It is reminiscent of what we heard four days ago, but duller, man-made. A group of men is trying to break through a gate. The house it guards is practically gone. I see their living room, the once-white couch that probably had a view of the sea. The wicker chairs are toppled over. There is no wall, barely a roof. The men shake and attack the gate. Another man walks by, “Hey! We pulled out a man yesterday from behind there. He had two daughters, maybe three. Is he still alive? Did he make it?”

They paused. They heard his questions, gave them space to echo, for the debris to absorb it all. They continued.

A woman covered in white puffy bandages walked by. It’s messy, patchy work, covering parts of her limbs and her face. She was on her way somewhere. Someone shouted in her direction, “Alhamdillah aa salameh.” Thank god for your safety. Really they meant, “I’m glad you made it back alive.” Back from where, back to where, no one knows. I wonder what she’ll find when she gets home. 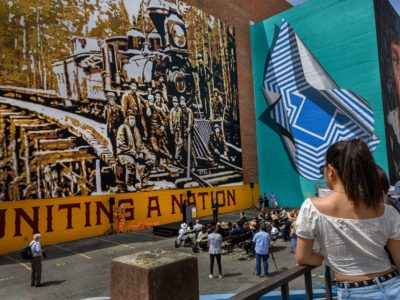 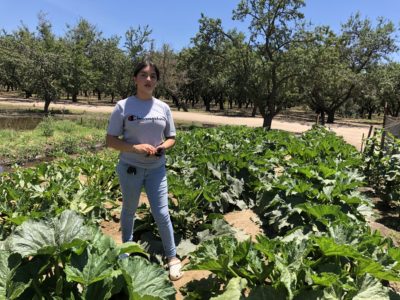 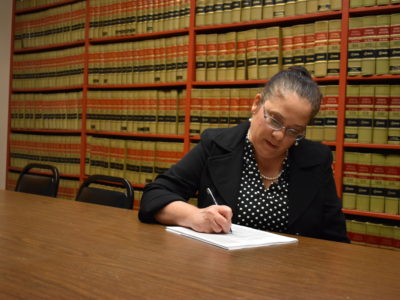 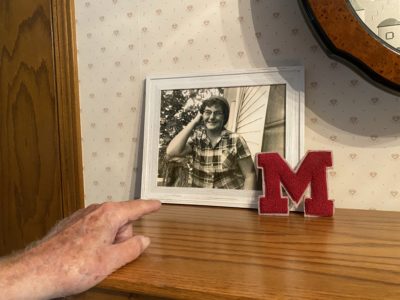