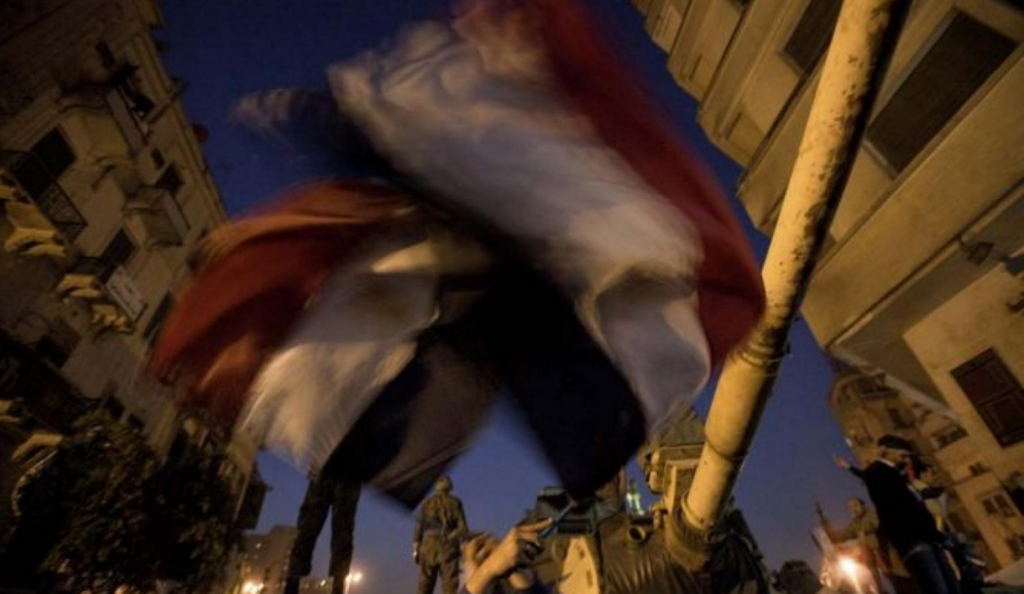 Crowds of the same protesters that demanded Mubarak’s ouster cheered as their army said it would steer the nation toward a “free, democratic system.” Seven months later, however, many Egyptians are finding that little has changed.

As the so-called Supreme Council of the Armed Forces increasingly cements, and in some cases flaunts, its firm grip on power, the revolution that inspired a region is beginning to look more like an old-fashioned military coup.

Military trials of Egyptian civilians persist and the military leadership has expanded and extended the 30-year-old, widely criticized Emergency Law once used by Mubarak to justify his authoritarian tactics.

Egypt’s police chief even announced this month that security would use live ammunition on protesters thought to be illegally entering certain government buildings.

Although the military leadership finally announced a date for the delayed parliamentary elections — Nov. 21 — few are optimistic that the vote will be either fair or help bring stability and security.

“It does not look like the army wants to transfer their power to a civilian government,” said Joshua Stacher, an Egypt expert and professor at Kent State University. “Just like any incumbent, they want to stay in office to preserve their interests.”

Those interests include a sprawling business empire cultivated over the decades by the coutry’s leaders, all of whom have been drawn from the Army’s top brass. As the former commander of Egypt’s air force, Mubarak oversaw the sprawling military complex that owned — and still owns — countless private businesses.

The military runs “an economic empire within Egypt’s economy,” said Samir Soliman, a professor of political science at the American University in Cairo. For decades, Egypt’s army has profited from money invested in everything from bottled water factories to hospitals, to seaside resort hotels and clubs.

No one knows exactly how much of Egypt’s economy is controlled by the army, but most estimates place it in the “billions” of dollars range. The problem, said some analysts, is that the military likely wants to prevent the complete transition to civilian leadership to ensure its hold on these assets.

“The military will never allow a civilian president to have oversight of their budget,” Stacher said. “And the Mubarak-style tactics to control dissent on the streets is one way for the military to consolidate its rule.”

Egypt’s military-led caretaker government announced this week that the Emergency Law, which allows police the right to arrest without cause or warrant, will not be repealed until 2012.

The military said the sweeping powers granted in the law were necessary to prevent the type of chaos that erupted on Sept. 9, when a mob of hundreds of Egyptians stormed the Israeli embassy in Cairo.

Activists and opposition politicians responded by criticizing the military’s use of “scare tactics.” They argue that the state of emergency also gives security forces unfettered authority to intimidate workers on strike and forcibly quell peaceful protests.

Wael Ghonim, a former Google executive who became a visible youth activist during the uprising against Mubarak, recently pleaded with the military to quickly transfer power to an elected civilian authority.

“After weeks and months, the mode of governance in our nation has not fundamentally changed and the excuse has been ‘stability,’ and it did not matter if the result was stability at the bottom of the pit,” wrote Ghonim in a Sept.16 open letter to the army posted on his Facebook account.

Some experts believe that Egypt’s military advisors simply may not know anything other than the exertion of power through brute force. The current leaders running the country, after all, also ruled during Mubarak’s three decades in office.

Mohamed Tantawi, the de facto head of state, was Mubarak’s former minister of defense and a close ally.

“The poor transitional leadership is definitely the result of self interest by a military led by former regime members,” Soliman said. “But it is also sheer ignorance on their part. The role of the army has always been to fight, not to govern.”

Whether for nefarious reasons or because of downright ineptitude, the military government appears to be setting a political course that closely resembles the country’s autocratic past, experts said.

Human rights groups in Egypt have described recent crackdowns on the independent press as evidence that the “Mubarak regime persists” to this day.

Several satellite channels — including one run by Al Jazeera — had their licenses revoked earlier this month for operating without the proper permits, according to Egypt’s information minister. Similar steps were taken in the months before the country’s last widely disputed parliamentary elections in 2010.

“It should be noted that in the run-up to the 2010 elections, the most infamous in Egypt’s history, the Mubarak regime launched an all-out attack on various forms of media … impeding their ability to monitor the elections and expose irregularities,” the Cairo Institute for Human Rights Studies said in a press release on Sept. 19.

A recent protest against the expansion of Egypt’s emergency law drew only a few hundred activists outside the parliament building in downtown Cairo. Still, the diehard activists that led the charge during the January uprising say they will not quit.

“This is normal for us to have ups and downs,” said human rights lawyer Ragia Omran at the demonstration outside Egypt’s parliament. “Our revolution is definitely not over. It’s still a work in progress.”