Announcing our Women in Tech Fellows 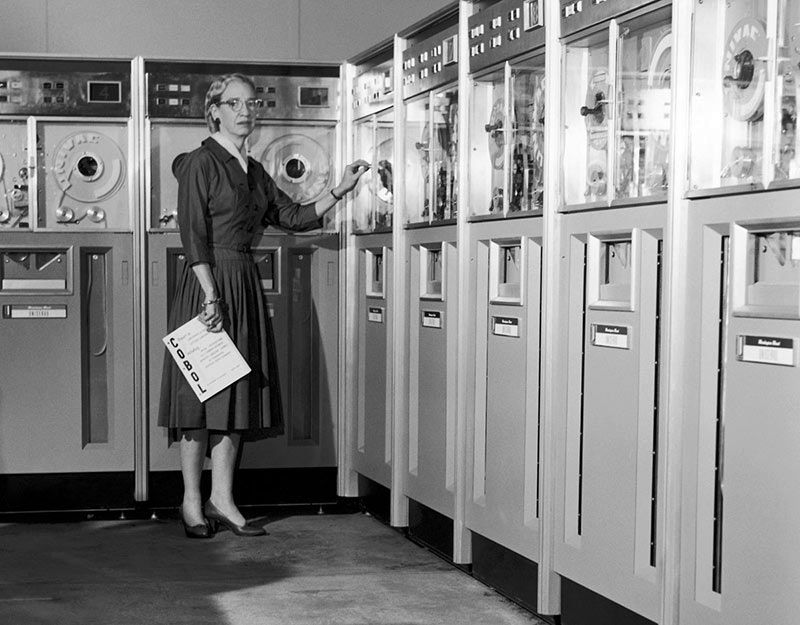 The "Women in Tech" fellowship will include reporting from the Grace Hopper Celebration of Women in Computing, named for computer scientist Grace Hopper (1906-1992). (Vassar College)

The GroundTruth Project and SiliconANGLE Media’s theCUBE are pleased to announce the winners of a new reporting fellowship on women in technology.

The GroundTruth Project/theCUBE’s “Women in Tech” Fellowship is an opportunity for top emerging journalists to cover topics related to gender and technology. The month-long fellowship will include training at GroundTruth’s headquarters at WGBH in Boston as well as reporting from the 2016 Grace Hopper Celebration of Women in Computing in Houston.

Fellows will work under the mentorship and guidance of GroundTruth’s veteran editorial staff, including Founder and Executive Director Charles Sennott, Digital Editor Rachel Rohr and Managing Editor Kevin Grant. Robert Hof, Editor-in-Chief of SiliconANGLE, will also advise fellows on reporting for the initiative.

Fellows will go beyond the surface level of conference news and produce compelling multimedia coverage on stories that matter, working in partnership with WGBH and PRI’s Innovation Hub.

“We’re thrilled to be able to work with young journalists, and to be part of their journey as they look at  how advances in technology will change all of our lives,” says Kara Miller, Host and Executive Editor of Innovation Hub. “And we’re so pleased to be partnering on this project with the wonderful folks at GroundTruth.”

In addition, the fellowship has expanded its scope to include two junior fellows from Palo Alto High School. The junior fellows will pursue their own story on the gender gap in the tech industry under the mentorship of the editorial team and the selected journalists.

The “Women in Tech” Fellowship is a pilot program building toward what we hope will be a more ambitious initiative to train and support a new generation of journalists to cover the intersection of technology and social justice, called “TechTruth.”

“This inaugural TechTruth effort is groundbreaking because it takes the mission of The GroundTruth Project and aligns it with the most important people and stories in the technology field,” says John Furrier, co-CEO of SiliconANGLE Media. “Not only have we been able to attract amazing young talent for this fellowship, we received amazing feedback from seasoned journalists and supporters of journalism around the world.” 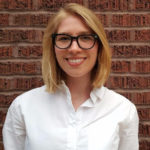 Karis Hustad is a reporter at Chicago Inno, covering tech, innovation, startups, higher education and alternative education in Chicago. She also produces the Chicago Inno Show, a bi-weekly podcast on tech news, changemakers and startup oddities, which is also broadcast on Lumpen Radio. Before joining Chicago Inno, she taught digital storytelling in Hyderabad, India with The Modern Story and reported on tech and business for the Christian Science Monitor. She studied journalism and Arabic in Morocco, and journalism and sociology at Loyola University Chicago. 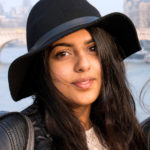 Pooja Sivaraman is a recent graduate from Tufts University where she majored in English and Economics. As an aspiring journalist, she has worked across several storytelling mediums to construct non-dominant narratives. As a student in the Program of Narrative and Documentary Practice, she crafted a podcast series examining the historical relationship between Indian and Western music as a lens to dissect the term ‘cultural appropriation.’ Last year, she made a documentary on the oral re-telling of South Asian history by collecting stories of her peer’s grandparents. She recently was selected for a journalism workshop with the Open Society Foundation where she is doing a written investigation of the Free Medicine Scheme in Rajasthan, India. 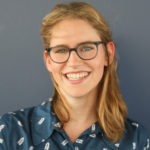 Tori Bedford works at WGBH News as an Associate Producer for Boston Public Radio. In addition to her producer duties, Tori writes for the web and contributes radio reporting to local programs including Morning Edition and All Things Considered; tackling political events, protests, gender issues, features, and science stories. Tori holds a degree in Journalism with a minor in Political Science from Emerson College, where she worked as a public affairs producer, News Director, and half of the George and Tori Show (the Tori half) weekday mornings on WERS. Tori has held internships at WGBH, New England Cable News, CBS Radio, and Latitude News.

Mies is a senior at Palo Alto High School. She is the current co-Editor-in-Chief of Verde Magazine, a Gold-Crown and Pacemaker winning news and feature publication. She is also the founder of Effeminize, a feminist online publication.

The Women in Tech initiative is led by the GroundTruth Project and SiliconANGLE Media’s theCube, with editorial support from PRI’s and WGBH’s Innovation Hub.

The GroundTruth Project is a non-profit media organization dedicated to training the next generation of journalists to produce innovative media that enlightens and informs. Headed by Charles Sennott, cofounder of GlobalPost and longtime foreign correspondent, The GroundTruth Project is committed to narrative storytelling across media platforms, including digital, radio/podcast, television and documentary film. Since 2011, GroundTruth has supported more than 100 emerging journalists in telling the most important stories of their generation.

TheCUBE is the broadcasting platform and community of SiliconANGLE Media, Inc.,  an independent media company that provides technology news and analysis as it’s happening. Founded by entrepreneurs John Furrier and Dave Vellante, theCube has a mandate to promote the highest quality and fastest news and analysis on innovation, entrepreneurship, and latest inventions. TheCUBE has broadcasted live at hundreds of the most influential technology events around the world.

Innovation Hub is a public radio program produced by WGBH and distributed by Public Radio International (PRI). Hosted by Kara Miller, it features the thinkers, researchers, authors and visionaries who are crafting our future. The show challenges conventional wisdom and showcases creativity in everything from health to the economy.