GroundTruth welcomes four new members to its Board of Directors 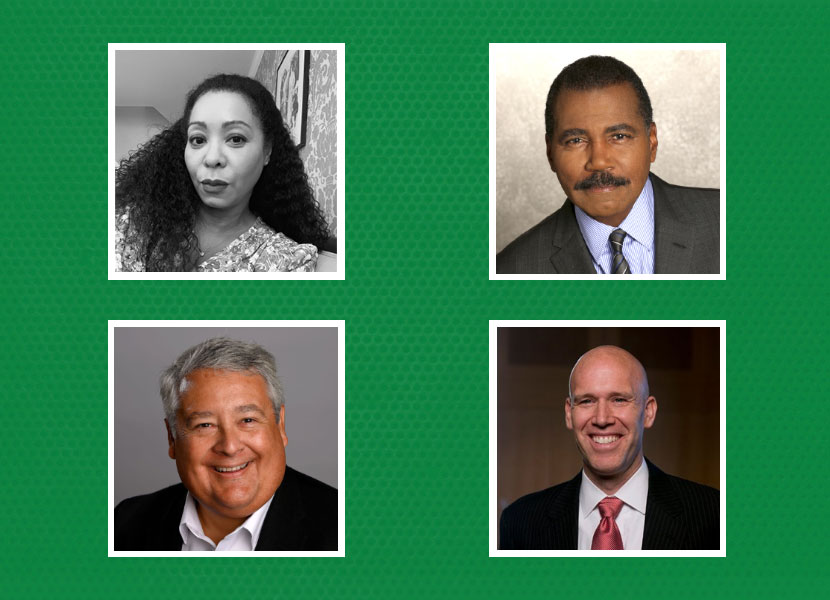 BOSTON — The GroundTruth Project is today announcing an expansion of our Board of Directors to include four new members who bring an extraordinary depth of experience and knowledge to the organization as it scales up its flagship service program, Report for America, and seeks new sustainable models for local reporting globally.

The four board members who will be joining GroundTruth are:

“We could not be more thrilled with this slate of new board members, a talented cohort of leaders who bring depth and diversity in functional experience, ideas and backgrounds and who we welcome to the team at an exciting time of growth,” said GroundTruth Board Chair Robin D’Alessandro.

After a nearly year-long recruitment process and a series of interviews, our new board members allow GroundTruth to expand its board to a total of 16 directors. The new board members bring deep experience in journalism, philanthropy and public service. Their collective wisdom and records of achieving excellence will help GroundTruth as it both expands its reach and deepens its commitment to embracing diversity, equity and inclusion as a strategic priority.

Bill Whitaker’s keynote speech at a GroundTruth 5-year anniversary gathering at International House in New York last year captured the essence and urgency of our mission and eloquently illustrated an alignment with our belief in journalism that is all about being there on-the-ground to tell the stories that matter:

“Journalists out there, don’t be bullied, don’t bend to what’s trending. Keep giving voice to the voiceless. Keep reporting with honesty, integrity and facts. Keep holding power accountable. Solid, fearless journalism is required more than ever today. It’s essential to a free society. […] While it might be obscured for a while, when the dust settles, the truth will prevail. So we have to stiffen our spines and keep reporting for America, for democracy and from the ground up,” said Whitaker.

“Bill, Karen, Mark and Rob are all friends of GroundTruth who share our mission, who have worked with us, advised us and followed our success in different ways through the years,” said GroundTruth Founder, CEO and Editor-in-Chief, Charles Sennott.

“It is truly a great pleasure to now be able to have all four officially join us as leaders of the organization,” Sennott added. “We are going to be counting on them to challenge us as a team and help us to be of service at a time of deep divisions and when journalism is truly under attack – nationally and globally. – and when our mission to restore trusted, fair journalism from the ground up has never felt more urgent.”

Our signature initiative, Report for America, has been recognized as one of the most promising solutions for addressing the local news crisis in the United States, and was recently named one of six finalists for 100&Change, a global competition for a single $100 million grant from the John D. and Catherine T. MacArthur Foundation to fund a bold and sustainable solution to critical social challenges. Report for America has set out on the audacious goal of virtually eliminating news deserts across the country.