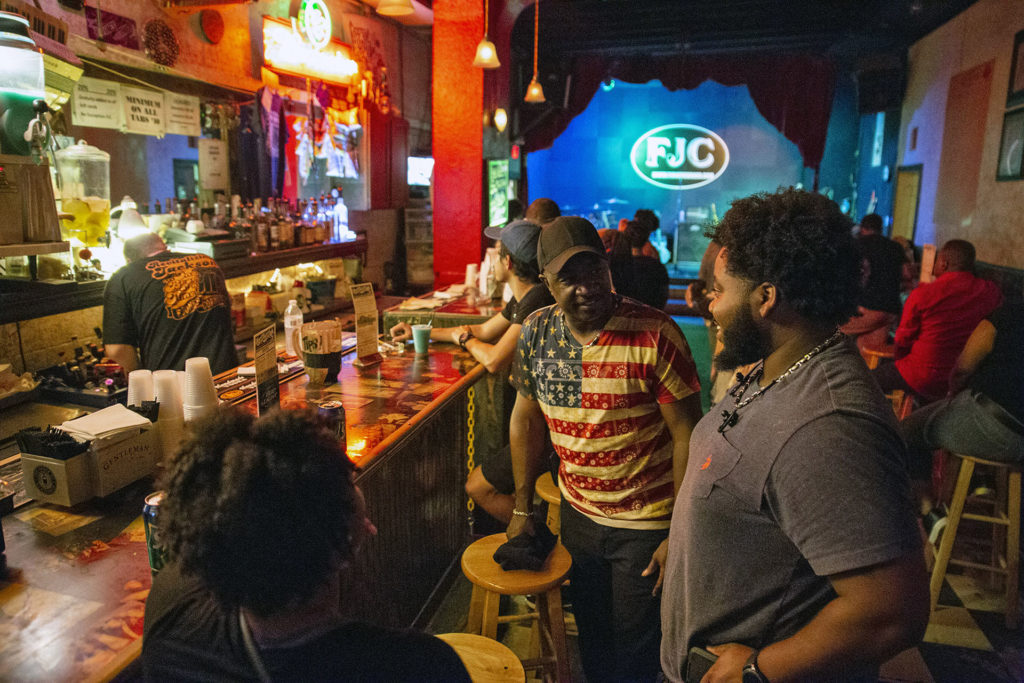 The GroundTruth Project is pleased to partner with CatchLight, with the support of the Kresge Foundation, to launch CatchLight Local, a new visual storytelling initiative working to engage visual journalism at the local level. CatchLight Local is a place-based program that connects talented visual storytellers directly with local newsrooms, including CALmatters and The Salinas Californian, as well as community groups to strengthen trust and address critical local issues. The program launches this month with a Bay Area-based pilot program.

“For nearly a decade, we have witnessed how the collapse of trustworthy local journalism has been a detriment to our democracy and our society. But what is less often recognized is the even more pronounced decline of visual journalism and the consequences associated with this loss globally and locally,” says Elodie Mailliet Storm, CEO, CatchLight.

The facts are striking:

● According to the ASNE Census data, visual departments got hit harder than any other part of the newsrooms. Visual journalists declined by 52% when overall newsroom staffs declined by 40% in the last 20 years.

● The decline in local media is one of the important factors leading to the decline of the professional visual storytelling field overall. According to the US Department of Labor’s Occupational Outlook Handbook, the photography profession will lose another 6% of its workforce between 2016 and 2026.

“The crisis in local news has created more homogenous, less representative visual storytelling in communities across the country,” said Kevin Grant, co-founder and executive editor of The GroundTruth Project, home of Report for America. “We believe it’s essential to start turning the tide before it’s too late to act.” The initiative’s long term goal is to transform the local news and media landscape with new community-based visual practices.

It will impact stakeholders differently: For members of the public, CatchLight Local will promote a more nuanced and complex understanding of their community and how it is represented in local media. For visual storytellers, it will provide support and ultimately elevate their craft and careers through editing and amplification of their work. For the media, it will provide visual tools that better articulate the issues at stake and provide new avenues for community engagement, improving the quality and sustainability of the outlet.

“A central component of this initiative is to build relationships and direct links between news media organizations, visual journalists and the communities they serve. Images have the power to connect audiences directly to issues, creating a common ground for dialogue and understanding,” notes Storm. Starting with a 2019 pilot in the Bay Area, CatchLight Local will support the work of three visual storytellers through three-month long $15,000 Fellowships, pairing each fellow with a local newsroom partner. Through their own fundraising efforts, the pilot local newsrooms will contribute 50% of the selected CatchLight Local Fellow’s stipend.

The focus of the CatchLight Local pilot will be on the theme of economic inequality, one of the critical issues facing Bay Area communities. According to a study conducted in the San Francisco Bay Area by the Brookings Institution, families on the high end of the income spectrum earn 11 times more than families on the low end — making it the third most unequal region in the U.S. In collaboration with CALmatters and The Salinas Californian, selected Fellows will work on long-term visual stories representing how economic inequality directly affects their communities. During the fellowship term, visual storytellers will bring their work and process back to the community through local “town hall” events offering opportunities for civic dialogue.

Applications open today June 6, 2019 for Bay Area visual storytellers interested in documenting stories of economic inequality and inclusion. Applications must be received by 12pm (PST) on July 10, 2019, to be eligible. Find out more and apply here.

On Wednesday June 26, 2019 CatchLight will host a public information session at SF Camerawork from 6-8pm. The evening will feature a live Q&A with CatchLight Local staff, informal pitch sessions, and lightning talks by program partners working at the intersection of community-based visual storytelling and social change. For those unable to attend in person this event will be livestreamed and available to watch later on CatchLight’s Facebook page. Find out more and RSVP here.

CatchLight is a San Francisco Bay Area-based nonprofit that believes in the power of visual storytelling to foster a more nuanced and empathetic understanding of the world. CatchLight serves as a transformational force, urgently bringing resources and organizations together to support leaders in a thriving visual ecosystem. Our goal is to discover, develop and amplify visual storytellers. www.catchlight.io

The GroundTruth Project is a Boston-based, independent, non-partisan, non-profit news organization dedicated to supporting the next generation of journalists in the US and around the world. In the last five years, GroundTruth has supported more than 200 reporting fellowships as far away as Myanmar, Egypt and Somalia and as close to home as Kentucky, Minnesota and Montana. Our newest initiative, Report for America, seeks to address a crisis in local journalism in the United States that has become a crisis for our democracy.

CalMatters is a nonpartisan, nonprofit journalism venture committed to explaining how California’s state Capitol works and why it matters. Environmental regulation, education, health care, criminal justice, economic inequality – the debates on these issues and others have a profound impact on the lives of 38 million Californians and beyond. www.calmatters.org

About The Salinas Californian

The Salinas Californian has served Salinas Valley readers for 148 years and is the oldest continuously published newspaper in California. It publishes online daily and in print three days a week: Wednesdays, Fridays and Saturdays. The editorial staff includes one editor, three news reporters and one sports reporter. The Salinas Californian also produces two weekly publications, the Spanish-language El Sol as well as Off 68, which serves the Highway 68 corridor. www.thecalifornian.com/