GroundTruth in the Press in 2014 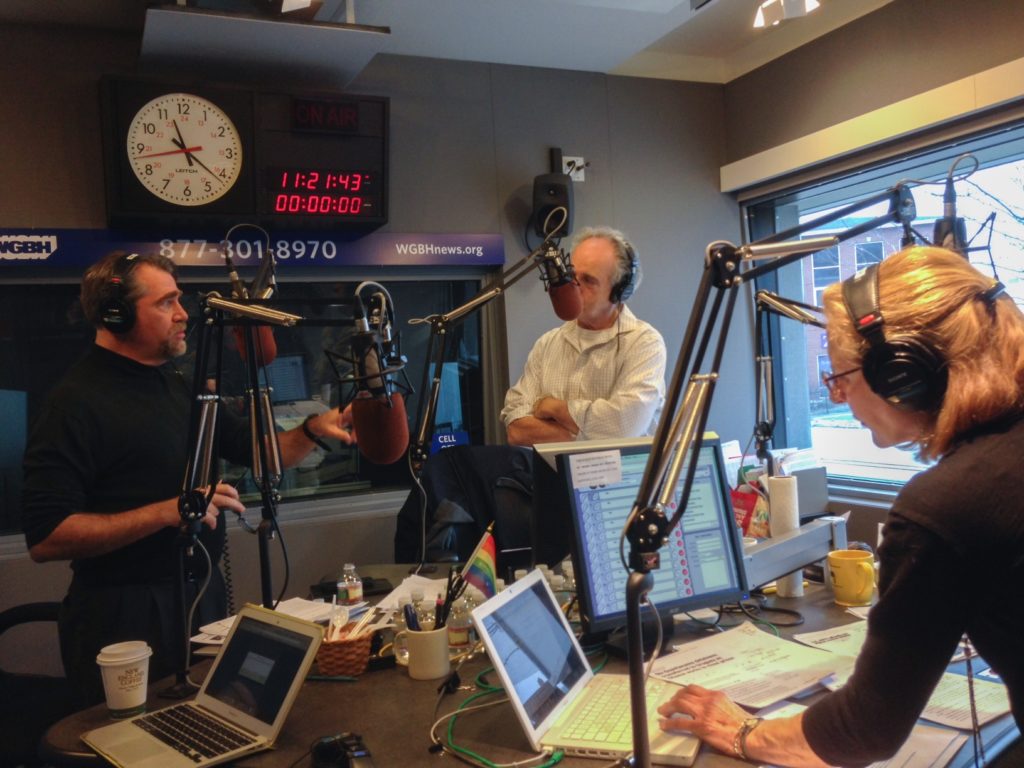 Leading up to the official launch of the GroundTruth Project, we were already a go-to source for insight and commentary on international stories. Here are some choice clips of our staff in the national media.

December, 2014: How can a person process a year as full of crisis and tragedy as 2014? To start, turn back two hundred years and look to the art of Spanish painter Francisco Goya, says Charles Sennott, co-founder of GlobalPost and head of The GroundTruth Project.Goya was known for capturing both the most beautiful and most cruel expressions of human behavior in his work—a contrast Sennott said resonates deeply today. Listen to the whole conversation on Boston Public Radio, 89.7 WGBH.

December, 2014: GroundTruth founder Charles M. Sennott goes on air this week to talk about the United States’ torture policies and the kidnapping and killing of American journalists abroad. Sennott argues that working toward resolutions for both issues call for deeper, more nuanced discussions than they’ve been given. Listen to the whole conversation on Boston Public Radio with Jim Braude and Margery Eagan, 89.7 WGBH

November, 2014: GroundTruth founder and executive director Charles M. Sennott, who has just finished a six-month reporting effort to tie the effects of The Great War to present-day issues, guests on The Takeaway to talk about the enduring consequences of World War I.

October, 2014: This year marks the 100th anniversary of World War I. GroundTruth founder Charles M. Sennott appears on WGBH News’ Greater Boston to discuss how many of today’s conflicts are a result of lines drawn by Western powers during and after The Great War.

October, 2014: Can the United States really “degrade and destroy” the Islamic State without boots on the ground, as President Obama promised? What can history — specifically World War I — tell us about the conflicts we face today and how to deal with them? GroundTruth founder Charles M. Sennott tackles all that and more on WGBH’s Boston Public Radio.

October, 2014: Youth unemployment rates have spiraled around the world, so that 25 percent of young people are not employed, in school or in any kind of professional training. GroundTruth founder Charles M. Sennott guests on WGBH’s Boston Public Radio to talk about the challenges facing millennials today, and where solutions might lie for a generation of millions whose futures are “to be determined.”

October, 2014: For the first time in 33 years, the Jewish holiday of Yom Kippur and the Muslim holiday of Eid al-Adha fell on exactly the same day. GroundTruth founder Charles Sennott joined WGBH’s Boston Public Radio on the line from Jerusalem to discuss how the quiet peace of the day was a victory for a city that has recently been home to more violence than celebration.

September, 2014: As the US and its allies launch airstrikes against the Islamic State (IS), life goes on for everyday Iraqis. GroundTruth founder Charles Sennott joined WGBH’s Boston Public Radio this morning straight from Iraq to discuss the atmosphere of normalcy pervading small towns and villages, even as IS looms large on their borders.

August, 2014: GroundTruth Founder Charles Sennott spoke at Dartmouth College on August 13 as part of OSHER@Dartmouth’s 2014 Summer Lecture Series, “The Middle East: Cauldron of Crisis and Change.” He spoke about how events leading to popular uprisings in Tunisia, Egypt, Libya and an outbreak of civil war in Syria were shaped by history and by the moment. Sennott also spoke about how US foreign policy failed to see historic changes and missed the moment to promote democracy in a new Middle East.

August, 2014: Gwen Ifill remembers Foley and discusses the dangers reporters face with Charles Sennott, co-founder of GlobalPost and The GroundTruth Project, and Robert Mahoney of the Committee to Protect Journalists. See the report on PBS NewsHour

June, 2014: GroundTruth founder Charles M. Sennott spoke with WGBH’s Boston Public Radio on Wednesday, June 26, about the legacy of World War I — was it ‘The War To End All Wars,’ or ‘The War That Never Ended?’

May, 2014: GroundTruth’s deputy editor for global health Marissa Miley talked to PRI’s ‘The World’ about her reporting on C-Sections in Brazil, as part of ‘The World’s’ series, ‘The Ninth Month.’ Marissa’s reporting in Brazil culminated with a blog series on GlobalPost called “Expectations.” Her reporting was funded by the International Reporting Project.

April, 2014: Charles M. Sennott spoke at the Foreign Policy Association on April 10, 2014. He discussed the aftermath of the Arab Spring and how it has resulted in unforeseen changes in the political landscape in many countries, especially regarding the role of Islam and democracy. He also spoke about the Special Report, Egypt in Crisis. Watch a recording of the discussion on the Foreign Policy Association‘s website