The GroundTruth Project is proud to announce our team for the HIV/AIDS Reporting Fellowship in partnership with Solutions Journalism Network and Narrative 4.

Between now and December 1, World AIDS Day, the team will embark on an international filmmaking and reporting project to explore the global response to the HIV/AIDS crisis, specifically making connections between effective responses in southern Africa and efforts to curb epidemics in cities of the American South. The team includes: 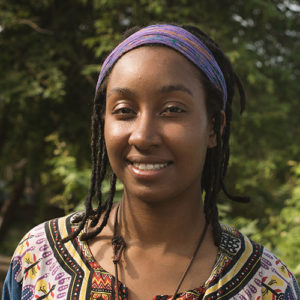 Asha Stuart is a photographer and filmmaker whose work focuses on sociocultural themes. Her passion for storytelling has taken her across the world—documenting the Rohingya refugee crisis in Bangladesh to acid attack burn wards in India.

Asha’s story interests are rooted in the lives of people living in marginalized communities and facing injustice in areas of racial and economic inequality, social exclusion, women’s rights, and environmental issues. Her works have appeared on National Geographic, CNN, PBS, and other news outlets. Asha is also a National Geographic Explorer. 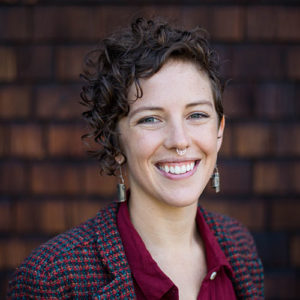 Rachel Lauren Mueller is a US-based video journalist and documentary filmmaker. Currently a student at the Graduate School of Journalism of the University of California, Berkeley, she focuses her work on the intersections of religion, politics, gender and sexuality, and the environment.

Rachel has lived and worked on the African continent for over a decade and speaks French, Wolof, and Swahili. Before pursuing her graduate degree, Rachel was the managing editor at Green Card Voices, an immigrant-run storytelling organization that publishes books, photography exhibits, and short videos of first-person immigrant stories. 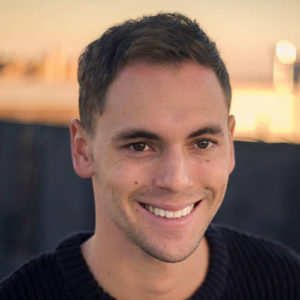 William Martin III is a Film Fellow at The GroundTruth Project working on international human rights documentaries including Daughters of Drought (supported by The Fledgling Fund), a short film that highlights the way climate change impacts women’s health and increases gender-based discrimination.

His work has been published by Teen VOGUE, TIME, BRIC media and Al Jazeera. William is a 2016 graduate of NYU’s Tisch Photography and Imaging program, a National Geographic Explorer, and a Martin Fellow at NYU’s Graduate Journalism School beginning his M.A. in News and Documentary this Fall. 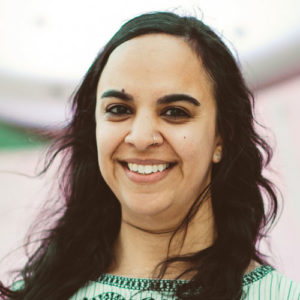 Juhie Bhatia has worked as a journalist and editor for over 10 years for various publications, mostly focused on health and gender issues. She is currently a freelance journalist, editor and communications consultant.

Formerly the managing editor of Women’s eNews, she’s also written for such publications as The Guardian, Rolling Stone, Reuters Health, Nature Medicine and Bust magazine, among others. She is a graduate of Columbia University’s Graduate School of Journalism and has a bachelor’s degree in nutritional science from the University of Guelph, Canada. 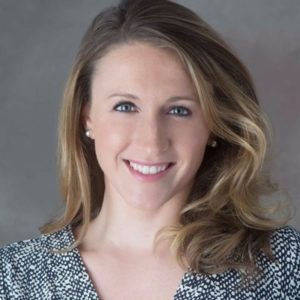 Patrice Howard  is a multimedia journalist, documentary filmmaker, creative video producer and writer with a passion for sharing stories about people and issues that don’t always make headlines. She joined Principle Pictures in 2018, where she is producing character-driven, social justice multimedia stories and documentary films. She also contributes news packages to Reuters.

She is a graduate of Boston University’s College of Communication and Columbia University Graduate School of Journalism where she received the Video Storytelling Award.

The team will work with GroundTruth senior editors and producers to produce a solutions-oriented short film, multimedia series and podcast episode, with story exchanges in the cities where we work hosted by Narrative 4.

GroundTruth Films unites the best of international journalism and documentary filmmaking to tell stories that strive to understand the human condition and address the most important social, political and human rights issues of our time.

Led by award-winning journalist and filmmaker Beth Murphy, GroundTruth Films’ innovative global fellowship program is helping to build a more diverse and inclusive documentary industry by providing opportunities to emerging directors, producers and cinematographers from underrepresented communities whose world views and voices are hallmarks of the character-driven work they produce around the world.  Our fellows are mentored through all aspects of production — from pre-production and funding to editing and distribution — to create short form, web-based, and feature documentary films. When our stories demand it, we design and launch sustained educational and impact campaigns that serve our belief in media as an engine for social change.

The Solutions Journalism Network trains and connects journalists to cover what’s missing in today’s news: how people are responding to problems, leading a mindset shift and practice change in journalism, building capacity for rigorous reporting about responses to social problems. In five years, over 10,000 journalists have been exposed to its curriculum. More than 180 news organizations have worked with SJN to produce reporting projects that cover society more comprehensively, revealing possibilities for civic agency and connection.

Narrative 4 is a global organization that uses the power of personal stories to build empathy and spark collaborative change. Backed by a diverse network of artists, educators and students, N4 is becoming one of the world’s most impactful change-makers in the fields of empathy and education. Individuals from over a dozen countries are working to navigate and heal our divided world with N4’s trademark “radical empathy,” addressing the broad, yet intersecting, themes of faith, identity, immigration, violence and the environment. Our mission is to harness the power of the story exchange to equip and embolden young adults to improve their lives, communities and the world.