GroundTruth announces new podcast series, ‘On the Ground with Report for America’ 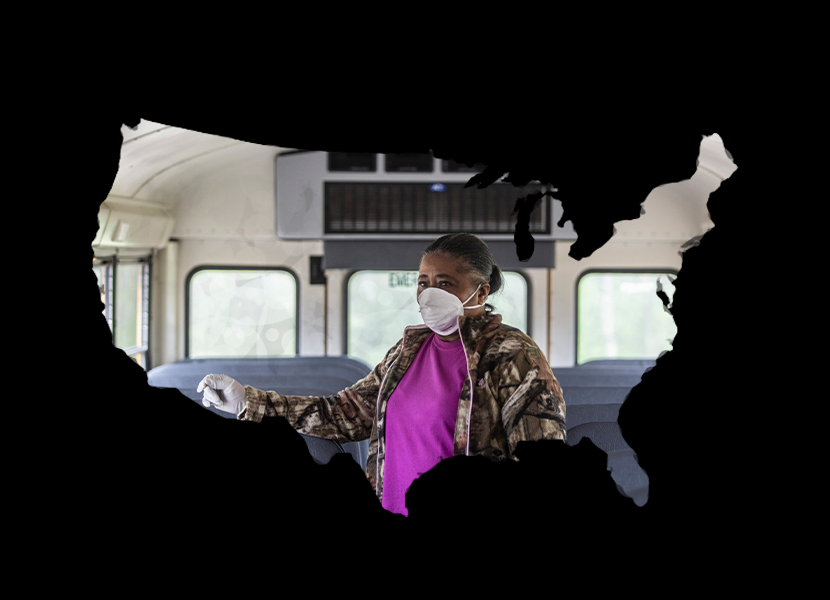 Amid a global pandemic and civil unrest against systemic racism,  America is in many ways on a journey into the unknown. This summer, Report for America reporters will take listeners on a voyage into the heart of America in “On the Ground with Report for America,” an all-new series of the GroundTruth Podcast.

The podcast is hosted by Charles Sennott, founder and editor-in-chief of GroundTruth, home to Report for America, in collaboration with WGBH and carried on the PRX platform. Now in its ninth season, the award-winning podcast centers around on-the-ground reporting in under-covered corners of the world. This newest series is a playlist of stories from across America by our Report for America corps members and will premiere June 18. The trailer is available here.

“In this extraordinary moment in American history, against a backdrop of COVID-19 and the Black Lives Matter movement and the most important presidential election in a generation, our Report for America corps members are setting out to report from the communities they serve across 46 states, exploring the daily issues affecting American lives,” says Sennott. “Through our podcast, these reporters have a chance to take us into local communities largely unheard by the national media and allow us to hear their stories.”

This coast-to-coast audio journey begins with one reporter’s drive from New York to California, where they will start a new job through Report for America, a road trip that captures the varied chorus of American life in the summer of 2020. Here are descriptions of the first six episodes of the series (subject to change based upon developing news events).

Corps member Chris Ehrmann embarked on a road trip across America, literally, from Times Square to Long Beach, California. He traced the new landscape of COVID-19 across time zones and state lines. He spoke to those whose loved ones have been directly impacted by the virus, squaring off against those impacted by a devastated economy. In the wake of the killing of George Floyd, his journey also took him into the heart of growing protests demanding justice and accountability.

It was July 3. Photographer Eric Shelton was working on a story about the historic Farish Street District in Jackson, Mississippi. Today, the neighborhood is blighted and forgotten, with no vestiges of the thriving black-owned businesses from nearly a century ago. Shelton shares the story of his encounter with Lee Eric Evans and his aunt, who were making preparations on their front stoop for Independence Day. Evans had escaped violence in California, and had scars across his ribs to remind him. Within days, Shelton discovered that the photos he’d take of Lee Eric, were the last ones taken before he was killed.

Native Americans have a tragic history with pandemics. Millions were wiped out by diseases carried by the first Europeans to arrive. Today, COVID-19 once again threatens the survival of their communities, especially among the elders, who are most vulnerable to the virus. Bird singing is a tradition shared by many tribes in the Southwest, but has languished for decades. But elders resurrected the practice, and were determined that their culture live on in future generations. Normally sung by elders and youths in unison, the coronavirus has forced the younger singers to carry on the tradition on social media, in isolation.

Episode 4: The Barbers of Chicago’s South Side

The barbershop is a pillar of the community, at least on the west and south sides of Chicago. Your barber may be closer than your family; he may know things you’ve not told anybody. Marking time through life’s most significant milestones, your relationship with your barber is intimate, and can last your whole life. So when Harith Augustus, a barber at Sideline Studios, was shot and killed by Chicago police, it left a void in the community. Chicago-Sun Times reporter Manny Ramos covered the shooting and the immediate demands for justice. Ramos also has a special bond with his barber, and recognized the significance of Augustus’ empty chair. He takes us into Chicago’s barber shops to understand the often overlooked role of the barbershop, and the barber as a role model.

When local news outlets started reporting on a spike in deaths across Mississippi’s prison system in August of 2018, Mississippi Today’s criminal justice reporter Michelle Liu wanted to know what these numbers meant. How did they compare to how deadly Mississippi’s prisons have been in the recent past? State officials qualified the deaths as due to natural causes. Meanwhile, the families of those who died remain unaware of what really happened to their loved ones. Through the testimony of a former corrections officer, and an inmate’s “pirate” podcast, Liu gets an inside perspective on the vulnerability of those locked up inside one of the nation’s most notorious prisons, Mississippi State Penitentiary, known historically as Parchman Farm.

Episode 6: The Continuing Relevance of the Blues in the Mississippi Delta

Blues music has recorded the depths and range of human suffering for more than a century. From natural disasters, unjust legal systems, poverty, and even pandemics (with the suddenly relevant “1919 Influenza Blues”), the lamentations of the blues reveal the harsh realities faced by many African Americans across time. Blues legend Robert Johnson captured the suffering within: the human condition. Mississippi Public Broadcasting’s Alex Watts takes us deep into the Mississippi Delta, as she traces the myth and legacy of this man’s life, and the crossroads, where many believe the blues was baptized.

The last eight seasons of The GroundTruth Podcast are all available for download on a number of players, including Apple, Spotify, Google, Stitcher and PRX. The newest series, “On the Ground with Report for America,” is made possible by a grant from Newman’s Own Foundation and other leading supporters. Learn more about the series and listen to the trailer, here.