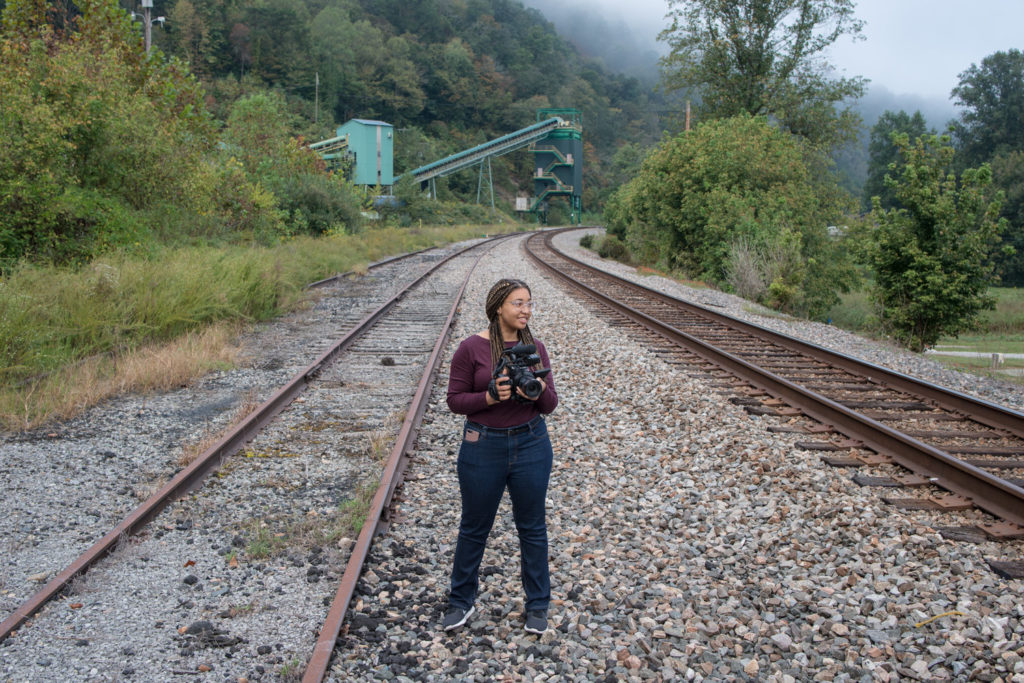 A partnership of the Galloway Family Foundation and GroundTruth’s “Report for America” with West Virginia Public Broadcasting, Lexington Herald-Leader and Charleston Gazette-Mail

LEXINGTON, Kentucky — Three prominent, regional news organizations have come together today to launch a project that will provide deeper news coverage for local communities in the coal fields of southern West Virginia and eastern Kentucky.

With generous support from the Galloway Family Foundation and as part of The GroundTruth Project’s new “Report for America” initiative, the three news organizations — West Virginia Public Broadcasting, the Lexington Herald-Leader and the Charleston Gazette-Mail — announce a call for applications for three top, emerging journalists to be awarded year-long fellowships in 2018.

The candidates who are accepted will report directly to their respective news organizations and combine daily assignments with a longer, in-depth project that will be a collaboration of the three news organizations. This partnership aims to serve local communities by exploring the difficult challenges of health care, poverty and the future of work — and how those issues are inter-connected — in the coalfields of southern West Virginia and eastern Kentucky.

The project is supported by the Galloway Family Foundation, which funds investigative and in-depth journalism fellowships in the U.S. and around the world. GFF’s founder, L. Thomas Galloway, who hails from Kentucky, said, “It is my hope that this project will increase the resources available to Appalachian journalism, and in doing so, allow for more in depth coverage of the serious issues confronting the region.”

The GroundTruth Project, which supports a new generation of journalists to tell the most important stories of their generation, will work with the three regional news organizations to coordinate the initiative. The year-long project is part of GroundTruth’s pilot for “Report for America,” a public service program for journalists to be embedded in local community news organizations, which GroundTruth is undertaking in partnership with Google News Lab.

All of the foundation and individual funding sources for Report for America, including the support from the Galloway Family Foundation, adhere to strict standards for transparency and independence in non-profit funding, and each of the host newsrooms will maintain complete editorial control over the work they publish or broadcast as part of this partnership.

In Kentucky, the reporting fellow will be assigned to Pikeville, reestablishing a bureau for the Herald-Leader in the heart of rural Appalachia for the first time since 2011.

“Appalachia is a place with amazing and important stories to tell, and we’re thrilled to be involved in a project to get more journalists on the ground to tell them,” said Peter Baniak, editor of the Herald-Leader. “Partnering with such talented local newsrooms and The GroundTruth Project to train emerging journalists is an added bonus, and we’re grateful to the Galloway Family Foundation for recognizing the potential benefits for journalism and the region.”

In West Virginia, Charleston Gazette-Mail and West Virginia Public Broadcasting both plan to have their reporting fellows report in the southern coalfields and will be working with the communities to assess the best place to base the coverage.

“West Virginia Public Broadcasting is proud to partner with newsrooms with such outstanding track records in covering Appalachia. Southern West Virginia is an amazing place, with a rich culture and history. It’s also a place that has valuable lessons to teach the rest of the country when it comes to resilience and finding a path forward through adversity. I’m eager to share our passion for telling these kinds of stories with a new generation of journalists and I’m grateful to GroundTruth and the Galloway Family Foundation for recognizing the importance of doing so,” WVPB News Director Jesse Wright said.

A goal of the project will be to support the emerging journalists through a mentorship program and a training workshop, which will include a collaboration with The Center for Investigative Reporting to prepare and guide the reporters to work together on potential long-form pieces for Reveal, the public radio program and podcast that CIR produces and distributes nationally with PRX.

Robert Byers, the executive editor of the Charleston Gazette-Mail, which won the 2017 Pulitzer Prize for investigative reporting for its coverage of the opioid crisis, said: “We appreciate The GroundTruth Project’s mission and are thankful that the Galloway Family Foundation recognizes the value of strong journalism for Appalachia. In a time of dwindling newsroom resources, we look forward to adding an emerging journalist to the mix, better allowing us to continue the type of reporting our readers have come to expect.”

GroundTruth founder and Chief Executive Officer Charles Sennott, said, “We’re grateful to the Galloway Family Foundation and the three news organizations for making this exciting collaboration a possibility. It is a strong way for us to launch Report for America and its mission to invite talented, emerging journalists to answer a call to service by reporting in communities that are struggling and not being heard from. We hope the effort will serve the public and in so doing be part of a process of restoring trust in journalism at a time when it is in deep crisis.”

To apply, please visit our call for applications.

The Galloway Family Foundation (GFF) was founded primarily to encourage the advancement of human rights in the United States and around the world. It is the mission of GFF to advance these goals in the most effective manner possible, taking into account its limited resources and the efforts of other foundations and nonprofit organizations in the field. The GFF believes that one of the most pressing areas in need of additional resources is the investigation and reporting, in both print and broadcast media, of human rights abuses in the world.

Report for America is a new model that will strengthen journalism, enrich communities, empower citizens and restore trust in media by developing and sustaining a new wave of journalists to serve local news organizations in under-covered corners of America. RFA co-founders Charles Sennott and Steven Waldman are backed by an experienced and award-winning editorial team at The GroundTruth Project — with support from Google News Lab, Lenfest Institute for Journalism, Knight Foundation, Galloway Family Foundation, The Center for Investigative Reporting, Solutions Journalism Network and others — and have created a top-flight advisory board of leaders in journalism and public service. www.ReportforAmerica.org