Inside the pop-up theater welcoming refugees in Paris 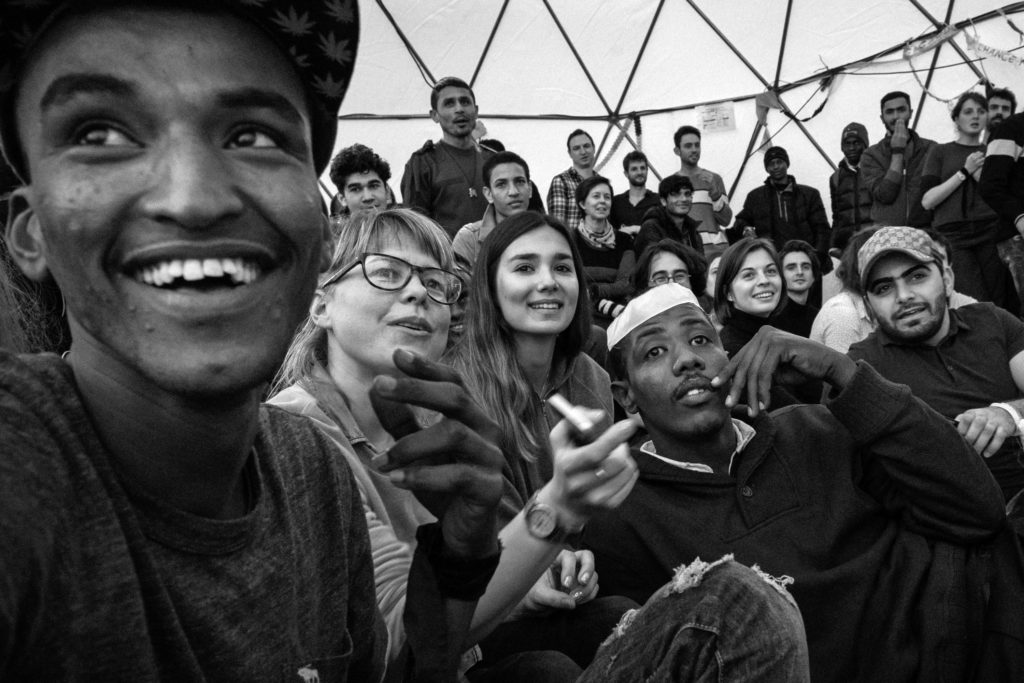 Public perception of refugees tends to fall into one of two camps: downtrodden aid recipients or social parasites, victims or villains. The label “refugee” is so loaded that it obscures the actual people to whom it applies, painting them more as characters in geopolitical morality plays than as living humans. Among the mountains of media produced about refugees, precious little of it deviates far from either side of this refugee-as-victim/refugee-as-villain dichotomy. Less still takes the refusal of this dichotomy as a foundational pillar.

My project looks at Good Chance Theatre, an arts group that works with refugees, in order to explore how the arts can be a tool for complicating those myths and building cross-cultural bridges. Specifically, the project explores The Dome, a temporary theater run by Good Chance that sat alongside La Bulle, France’s first temporary shelter for asylum seekers.

Though it’s referred to as a theater, the Dome looks more like a community center devoted to collaborative art. It brings together artists, migrants, refugees and volunteers through workshops that explore a variety of art practices. In these workshops, participants are able to escape from the stresses of daily life in the shelter, try on new ways of relating, process what they’re going through, and connect with people across linguistic and cultural divides. In the words of Abdul Saboor, an Afghan photographer and refugee who volunteers with Good Chance, “[The Dome] is a place where we can forget, and where we can feel like we’re not alone. We can feel like we have a family and people who take care of us and who show us their love, and who don’t think they’re different from us.”

In the Dome, everyone is treated as fellow artists and humans, first and foremost. That foundation of mutual respect creates an environment where people can experiment and take creative risks without judgment, and where collaborative artistic exploration is possible.

This project aligns with my primary area of fascination: namely, how alternative communities organized around principles of justice can serve as models for the rest of society. I hope it stands as testament both to the socially and psychologically transformative power of the arts, and to the infinitely complex humanity beyond the label “refugee.”