How radio and TV dramas are helping to combat child marriage 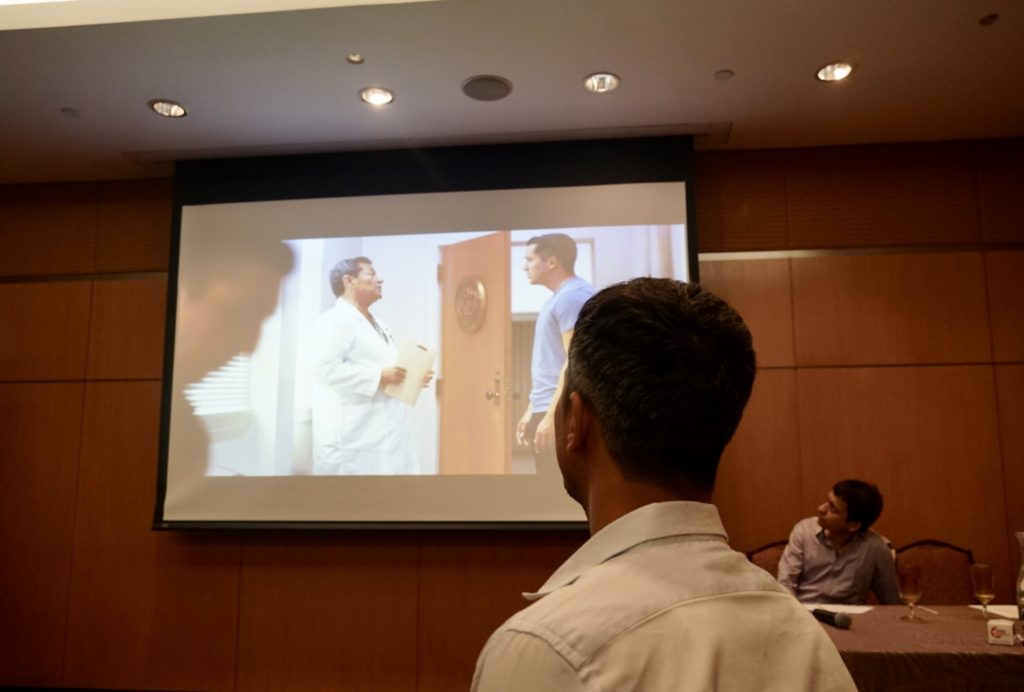 KUALA LUMPUR, Malaysia — Child marriage affects 12 million girls worldwide each year, with grave consequences for their health and educational achievement. Girls married young often drop out of school, get pregnant earlier — which raises the risk of maternal and infant mortality — and they are more vulnerable to domestic violence. It’s a global problem that is finally starting to get the attention it deserves.

According to experts and activists gathered here in Kuala Lumpur from around the world for the second global conference on child marriage, convened by Girls Not Brides, new light and new research are being focused on child marriage as an intractable, harmful cultural practice that cuts short childhoods, inhibits the realization of a girl’s potential and robs nations of their economic contributions.

The three-day conference, which took place this week, revealed that the issue of child marriage is gaining the attention of the development, human rights and global health communities, as some 500 people from 70 countries, including activists, government and UN representatives, researchers and donors gathered in Kuala Lumpur. The stated goal of the conference was to “connect, align and inspire” those working in the field.

On Wednesday morning, Rajan Parajuli, the Nepali representative for the International NGO Population Media Center (PMC), stood as a moderator for a breakout session on mass media and social change at the conference. “In all the panels I have attended at this conference,” Parajuli began, “the following question always came up: How can we change the way people think?”

The Population Media center has been changing the way people think — or “social norms” — around the world since its founding 20 years ago. The organization broadcasts serialized radio and TV dramas that explore sensitive social issues, such as girls education, HIV, family planning and environmental issues, in 50 countries. They use a carefully developed methodology involving writers, producers and actors located in the countries where broadcasts are happening.

Having recently concluded two radio shows in Nepal, each with a focus on child marriage, a PMC delegation traveled to Nepal to meet with representatives of international organizations and NGOs, in an effort to secure partnerships and funding for their next round of shows. Led by PMC founder Bill Ryerson, the team was able to make a compelling case for the efficacy of their approach, having just received preliminary data: 30 to 40 percent of the country tuned in regularly for a year and a half, and those listening were twice as likely to intervene to stop a child marriage than those who didn’t listen.

Ryerson and Parajuli also shared evidence of their recent success in the country of Nepal, which is finally on the road to recovery after the devastating 2015 earthquake and recent peaceful elections after a period of prolonged civil strife. While laws, education and economic development all play critical roles in slowing child marriage rates, Parajuli and Ryerson stressed that changing social norms is essential to limiting the practice — not just in Nepal, as their evidence shows, but worldwide.

One more critical point made by Ryerson and Parajuli is that people, and particularly adolescents, don’t want to be told what to do: the trick is to create compelling drama with high production value, in which characters that the audience fall in love with go through a transformation in attitude, bringing the audience along with them. These carefully crafted shows act as a catalyst to personal and societal growth, leading to changes in beliefs and behaviors that save and improve lives, often for less than $1 per person reached.

In an era where cost-effectiveness and evidenced-based approaches rule the day, PMC seeks to share a successful formula that can act in synergy with other community-based and government-led efforts, particularly when opportunities for dialogue and collaboration are provided by organizations like Girls Not Brides. The question now is how their work can effectively implement strategies to leverage the world’s media to focus on this issue of social progress, education and development for young women. The question framed by Parajuli, the Nepali representative to the conference, still stands: “How can we change the way people think?”

Lucy Lyons, and her mother, Kristina Hare Lyons, are attending the conference and offered this field report for The GroundTruth Project. Lucy is a rising senior at New York University and a former intern with GroundTruth. Kristina is pursuing a Masters in Public Health at the Harvard TH Chan School of Public Health.