Georgia’s election lingers in the shadows of voter suppression 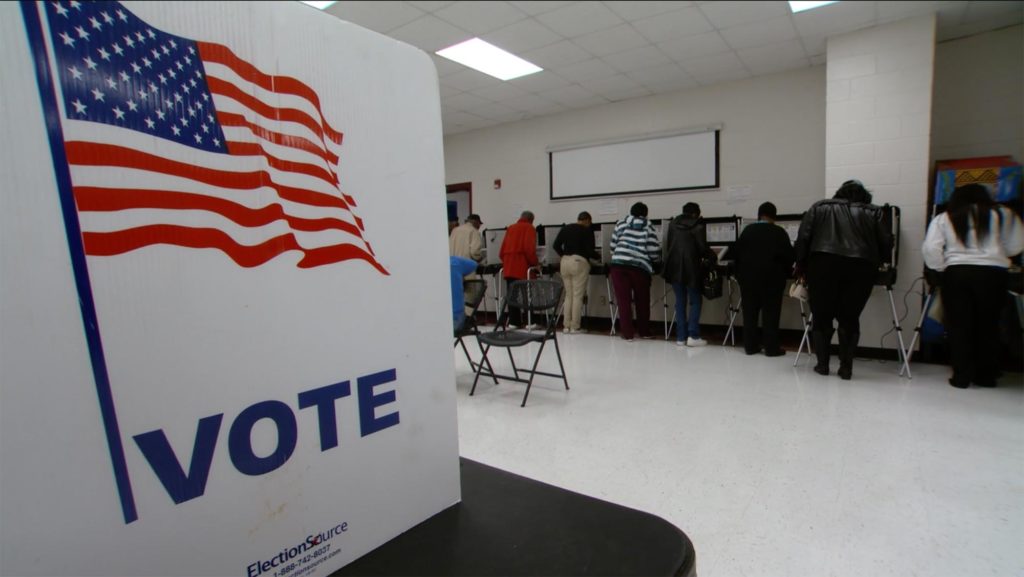 Communities of color in Georgia encountered obstacles like the "exact match" law that prevented them from voting.

UPDATE (November 13, 2018): A federal court ruled Monday night that Georgia must count all votes before delivering a final result in the governor’s race. Judge Amy Totenberg ordered Georgia officials to “take a number of steps to protect voters who had to cast provisional ballots because of registration problems.” The state will be required to “create a hotline and website for voters to check if their ballots were counted; conduct a thorough review of provisional ballots; and provide detailed information about every provisional ballot cast” in the midterm election. The order came in response to a lawsuit filed last week by attorneys representing the Brennan Center for Justice on behalf of Common Cause Georgia.

WASHINGTON — Stacey Abrams did not concede the Georgia governor’s race on Election Night because it was too close to call, and she still insists there are votes to be counted in an election that has become emblematic of voter suppression efforts in disenfranchised communities across the country.

On Sunday, Abrams’ campaign filed a lawsuit asking that rejected absentee ballots and provisional ballots be counted in a contest marred by voter suppression tactics carried out by her opponent Brian Kemp, who was Georgia’s Secretary of State until he resigned late last week.

Abrams currently trails Kemp by a few tenths of a percent. She needs about 22,000 more votes to force a runoff next month as required by state law when no candidate in a race has more than 50 percent of the vote.

“I promise you tonight that we are going to make sure that every vote is counted,” Abrams told her supporters on Election Night. “Every single vote. And I’ll tell you this, in a civilized nation, the machinery of democracy should work for everyone everywhere, not just in certain places on a certain day.”

GroundTruthing the midterms – Georgia from GroundTruth on Vimeo.

Under Kemp, the Georgia secretary of state’s office purged about 1.4 million voters from the rolls since 2010. Abrams demanded that Kemp resign as secretary of state ahead of the election citing a conflict of interest, but he declined to do so.

Meanwhile approximately 53,000 voters this year had their status changed to “pending” after failing to meet Kemp’s “exact match” rule. More than 70 percent of them were black, though African Americans make up only 32 percent of the state’s population.

If she wins, Abrams would be the first black female governor in American history. Kemp is white and has been roundly criticized for an apparent conflict of interest in overseeing the election in which he was running amid allegations of flaws in the process. But voting rights advocates are calling clear acts of suppression of voters in predominantly poor and minority districts. The apparent conflict was why Kemp stepped down as Secretary of State.

Kemp has run an aggressive campaign to pressure Abrams to give up.

“Stacey Abrams’ antics are a disgrace to democracy and completely ignore the will of the people,” read a statement from the Kemp campaign Sunday. “Georgia voters have spoken. It’s time for Abrams to listen and concede immediately.”

In a midterm election that made history both for record voter turnout and ramped-up voter suppression efforts across the country, Georgia stood out.

“The voting process in Georgia is deeply flawed, . Suppression here is real and irrefutable,” wrote David Brotherton, a Georgia native who served as a poll watcher for the Georgia State Democratic Party on Election Day. “The barriers for citizens to exercise the franchise are onerous, inefficient and costly at best — racist and corrupt at worst.”

Kemp and Abrams have for several years been fighting a battle over voting rights in Georgia. In 2014 as secretary of state, Kemp investigated the New Georgia Project, a get-out-the-vote initiative Abrams founded.

As the Atlanta Journal-Constitution reported, Abrams goal was to register 800,000 new voters of color within a decade. When the project ramped up before the 2014 election, local election officials received about 85,000 applications, triggering Kemp’s investigation.

Kemp’s office claimed it found 25 forged voter applications, and Kemp warned a group of Republican leaders, “Democrats are working hard, and all these stories about them, you know, registering all these minority voters that are out there and others that are sitting on the sidelines, if they can do that, they can win these elections in November [2014].”

Law enforcement in Georgia reportedly said there have been no credible claims of voter fraud. Meanwhile Kemp launched his own efforts to register voters (including young voters) online, through a mobile app as well as a Student Ambassador Program. The Republican incumbent Nathan Deal won the 2014 gubernatorial elections with 52.8 percent of the vote, amid accusations that the GOP was only winning because of its voter suppression efforts.

“I have an opponent who is a remarkable architect of voter suppression,” Abrams told Comedy Central’s “The Daily Show” in August. “My mission is to tell folks, ‘He doesn’t matter. You do! Your right to vote is yours, and I’m going to give you a reason to use it.’”