A red and blue consensus on Trump’s election ‘integrity’ commission 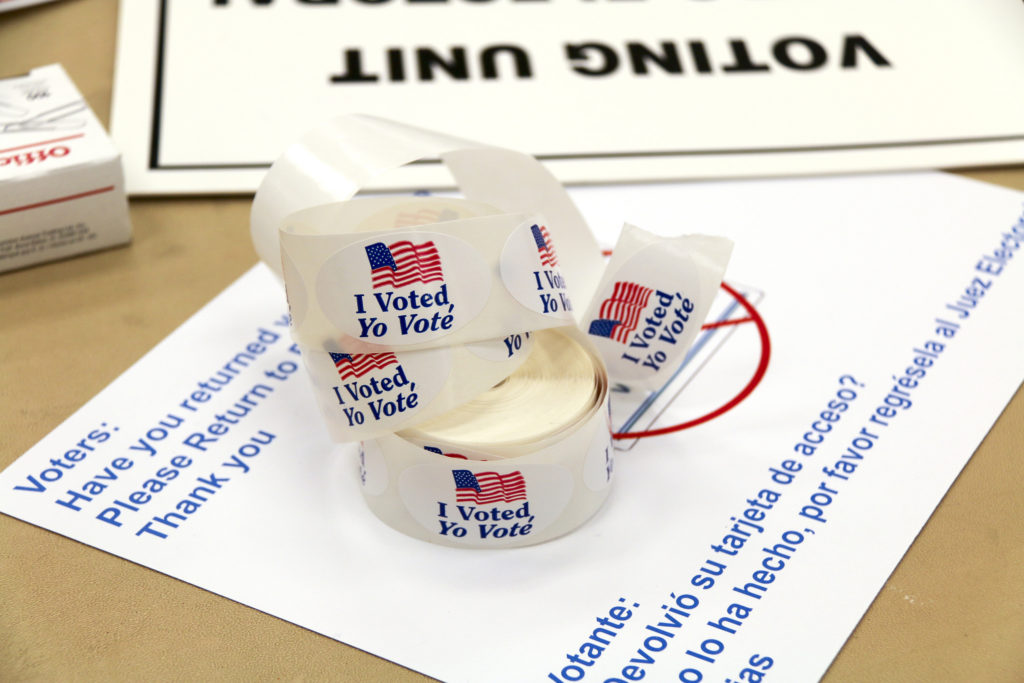 With the U.S. midterm elections around the corner, reporters will be quoting poll results. Here's a checklist to assess the quality of polls and surveys. (OSCE/Flickr)

As fireworks exploded in the triple-digit temperatures of the red state of Arizona, the Republican Secretary of State Michele Reagan announced Monday she would not comply with the Trump administration’s unprecedented request that American states turn over voters’ private data, reversing her decision after public outrage. Arizona joined 44 other states and the District of Columbia in refusing to do so.

“It’s just not wise to have all of it in one spot,” Reagan said, referring to the voter data. “That’s a hacker’s dream.”

Yet amid U.S. intelligence reports that Russia interfered with the 2016 presidential election, with the intent of helping Donald Trump secure the presidency, the Trump administration has instead focused its efforts on investigating domestic voter fraud. Many critics see these moves as a partisan smokescreen to distract attention from Russia as the Trump family and associates’ financial links to the country are unearthed in a flurry of ongoing investigations. Meanwhile, voting experts say, the administration may actually undermine Americans’ access to the ballot while giving a pass to other more pressing threats.

Trump created the so-called Election Integrity Commission by executive order in May in part to investigate the unsupported claim that 5.7 million undocumented immigrants voted illegally in November. In reality, the Brennan Center for Justice at New York University found such voter fraud is “vanishingly rare.”

Yet last week the administration rolled out the big guns with Kansas Secretary of State Kris Kobach and the commission requesting the voter data and Attorney General Jeff Sessions’ Department of Justice telling all 44 states covered by the National Voter Registration Act they had to send evidence of compliance with the legislation.

The ACLU has called Kobach “the king of voter suppression” and the twin moves appear to be attempts to add firepower to a variety of other efforts at the federal, state and local level to interfere with the voting process. Sessions, too, is notorious for opposing voter rights. His home state of Alabama passed a tough voter ID law and closed DMVs in largely African-American, Democratic districts while he was a senator, The Nation reported.

“These two letters, sent on the same day, are highly suspect, and seem to confirm that the Trump administration is laying the groundwork to suppress the right to vote,” Vanita Gupta, head of the Justice Department’s civil rights division under President Barack Obama, told the Huffington Post.

But in fact, the groundwork for voter suppression is already built into the American landscape. The current efforts would only strengthen it.

Beyond the fact that the U.S. is the only democracy in the world that denies convicted felons who have served their time the right to vote, a raft of voter ID laws, purges of voter rolls, reductions in number of polling places, elections held during the workweek and disinformation about the voting process have all proven effective in suppressing the vote, especially in poor and minority communities.

“We have received reports that a number of Maricopa County voters waited several hours to cast a ballot on election day,” Herren wrote. “We also understand that there were allegations of disproportionate burden in waiting times to vote on election day in some areas with substantial racial or language minority populations.”

Further investigation found that Republican leaders trimmed the number of voting stations in the county from more than 200 to 60, ostensibly due to cost concerns. But given Arizona’s history of discriminating against minority voters, it’s not unreasonable to suspect more nefarious motives.

In 1972, federal officials added Arizona to a list of nine “problem states” required to submit proposed changes to the voting process to the Justice Department for approval. It was only after the Supreme Court overturned a key piece of the Voting Rights Act in 2013 that Arizona was relieved of that requirement, allowing those Republican leaders in Maricopa County to cut the number of voting stations by 70 percent.

And that Supreme Court decision in Shelby County v. Holder also opened the floodgates for a wave of new laws limiting the right to vote, with the 2016 presidential election the first in more than 50 years without the full protection of the Voting Rights Act.

The United States already lags behind most developed countries in voter turnout, as just 55.7 percent of the voting age population cast a ballot in the 2016 presidential election. Part of the reason is citizens’ apathy, the belief that voting doesn’t matter. But efforts like those in Arizona and others across the country affect those who do believe, who simply seek to exercise their constitutional right to vote.

So it’s particularly striking that leaders in states like Arizona and others with a history of bad records on voting rights are pushing back on the Trump administration’s moves on “election integrity.” Even at this deeply divided moment in America, it seems there is common ground that these recent moves are particularly appalling.