The future of local news is in communities 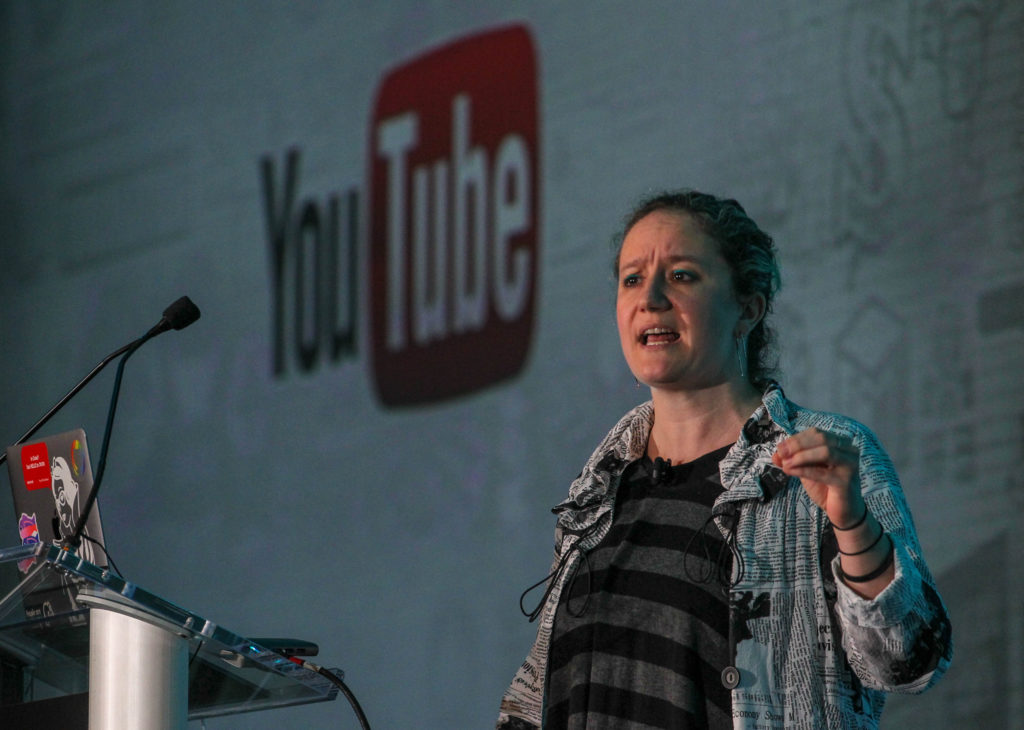 Danah Boyd,founder of Data & Society and Microsoft researcher explained how bad actors exploit the vacuum left by the disappearance of local news. (Photo by Patrick Farrell)

MIAMI — The Knight Foundation will commit $300 million to strengthen local news over the next five years as part of a major effort to revitalize American democracy in an era of decreased trust in institutions and rising authoritarianism.

“We’re here because the way we inform ourselves is insufficient to meet the demands of a democratic republic in the 21st century,” said Alberto Ibargüen, president of the foundation. “If you do not a have a consistently well-informed citizenry you will not have a functioning democracy. We’re here because we think one of the three ways forward is local news.”

The annual Forum puts journalists in the same room with local and national philanthropists at a time when nonprofit journalism is surging as the ad-supported model is failing.

The 2016 presidential election catalyzed some of the country’s leading philanthropists and news organizations to focus on local news, which has been deteriorating for decades, creating information voids that are now being exploited by a variety of malicious entities.

“The web of local news outlets that was so uniquely and valuably American is in disarray,” Ibargüen said. “Communities left without a broadly shared, common baseline of facts about what just happened, where we are or who we are, are becoming more and more common. Ironically it’s in the those communities where I think we have the greatest chance to rebuild trust we’ve lost in our institutions, our news, our leaders and ourselves.”

The journalism profession must contend with its own failures to serve American communities even when times were good, and a lack of women and people of color in leadership roles, many speakers contended.

And tighter bonds between news organizations and their audiences will be essential as misinformation, disinformation and what Heinz Endowments president Grant Oliphant termed “dismissinformation” floods our society via digital platforms and the more traditional media outlets that amplify it.

Danah Boyd, a leading scholar on technology and social media, sobered the audience by detailing how easily bad actors exploit an information landscape that has been fractured in the absence of strong local news, for example by loading platforms like YouTube with corrosive conspiracy theories and hate speech that are consumed and adopted by young news seekers.

“Local news anchored epistemological difference,” Boyd said. “It allowed a way of seeing the world different and seeing the range of views of the community. All of that was a tremendous community service. But unfortunately it’s not a business.”

Hence the influx of philanthropic support for the industry to try to restore local news. But Boyd warned the assembled nonprofit news leaders to see and address the profound threats that go beyond financial duress, and to seize upon the current need to build community around shared values.

“When you bring people together, you are purposefully and intentionally building the social fabric,” she said, celebrating Knight’s commitment to national service which is highlighted in the new report by the Knight Commission on Trust, Media and Democracy.

“Many of us who built social media imagined that we would do it just be building the networks,” Boyd continued. “We were wrong. The key is to get down into the roots and actually address those communities. We need you. We need you to work in communities around the country so we can be resilient to all of the information environment issues that we’re facing.”