From ‘high cotton’ to dead end: What one South Carolina project teaches us about public housing 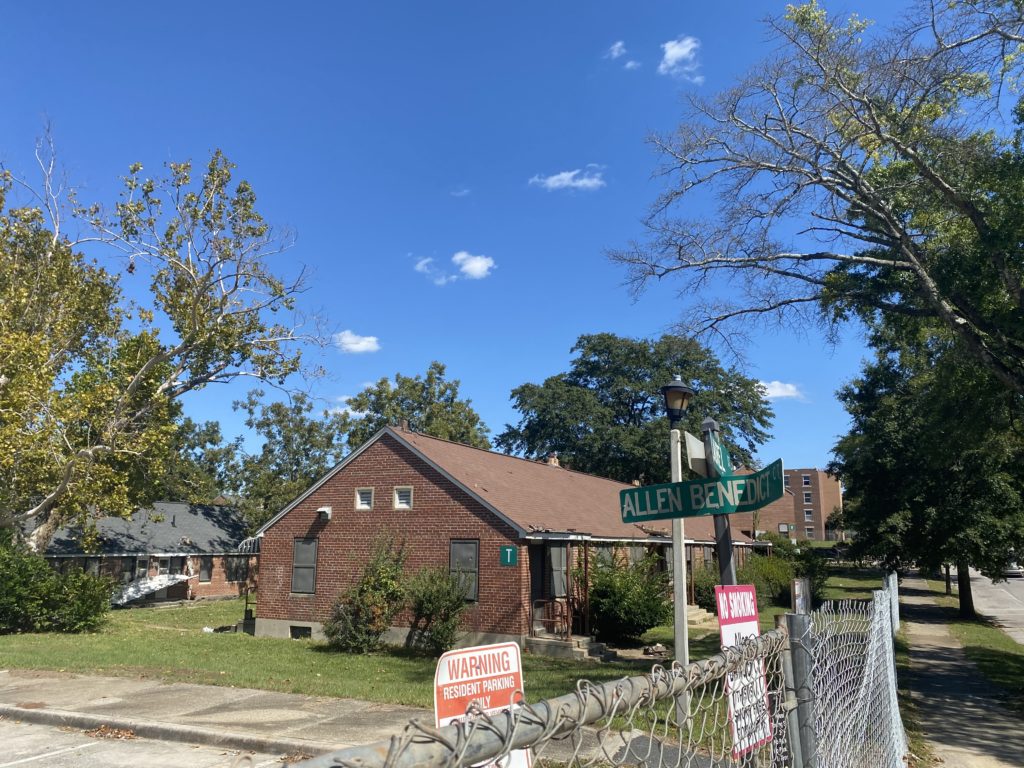 COLUMBIA, S.C. — For Latifa Anderson, who grew up in the Allen Benedict Court public housing project in the 1990s and later moved back as an adult, her neighborhood felt like a dead end.

For others, like Vince Ford, who spent his childhood years there with his single mother in the 1970s, it was a bastion of hope for working-class Black families.

Now Allen Benedict Court— one of the nation’s oldest remaining public housing projects — is set to be demolished by spring.

Interviews with residents who passed through Allen Benedict Court over the course of its 80-year history paint a picture of a thriving community’s gradual demise, and reveal how the federal government fell through on its promise to maintain decent affordable housing.

It was after midnight when Latifa Anderson heard someone banging on her door at Allen Benedict Court. She had just finished a 12-hour shift cleaning a local school building and was in no mood to deal with whatever bad news was waiting for her outside.

As she crept down the stairs, careful not to wake her 5-year-old daughter, she caught a glimpse of flickering red and blue lights through her window. A woman wearing a Columbia Fire Department shirt greeted her at the door.

“There’s been a gas leak,” she said. “You have 24 hours to vacate the premises.”

Housing advocates across the country and local leaders who grew up there were shocked.

The four years she and her daughter spent at the project were filled with rat infestations, leaky pipes, crumbling ceilings and unresolved work orders.

Just a couple of weeks before Allen Benedict Court was evacuated, Anderson said her property manager scoffed at her for reporting a suspected gas leak in her apartment.

“I said to them, ‘You guys are not going to take this seriously until someone is dead.’ And then next thing you know it really did happen.”

The tragedy that played out in Columbia did not happen in a vacuum.

The federal government has been chipping away at funding for the U.S. Department of Housing and Urban Development since the late 1970s. Congress no longer authorizes funds to build additional public housing units beyond what was available in the 1990s.

Cash-strapped local housing authorities have been left to pick up the pieces, often turning a blind eye to chronic maintenance issues.

Allen Benedict Court is set to be demolished by year’s end. With little political will to build new projects, the Columbia Housing Authority will likely have to turn to private developers if it wants to rebuild on the site.

Hemphill Pride, a Columbia-based attorney who has spoken out against the demolition of Allen Benedict Court, said this may result in fewer affordable units for the city’s poorest residents.

“What gets built as a replacement is not for them, it’s usually geared more toward the middle class,” he said.

He pointed to Rosewood Hills, a mixed-income community built on the site of the former Hendley Homes project on Rosewood Drive, as an example. “Many of those people who were moved out did not return to Rosewood Hills. They either fell through the cracks or were given housing vouchers and were pushed into slum living.”

A stepping stone to the American dream

Built in 1940, Allen Benedict Court exclusively housed Black residents. It was planned as the counterpart to Gonzales Gardens, a whites-only project built the year before.

“These buildings were a direct response to the Great Depression,” said Bobby Donaldson, a local historian and head of the Center for Civil Rights History at the University of South Carolina. “It was a social experiment to see if people with the right resources could build a better and brighter future for themselves.”

“We thought of Allen Benedict Court as ‘high cotton,’” said Augustus Rodgers, a clinical social worker who lived there in the early 1950s. “In other words, we were living well. It was a big improvement from rural South Carolina where there were no indoor bathrooms or running water or paved streets.”

In less than a decade Rodgers’ family went from sharing a space in a rooming house to building their own four bedroom home in the suburbs.

“Allen Benedict Court was the stepping stone that enabled us to move up.” he said.

His family was not unique. Some of the most influential Black leaders in South Carolina got their start at Allen Benedict Court. Among them is Vince Ford, a senior vice president for Prisma Health, the largest private non-profit health system in the state.

Ford moved there as a child in the late 1960s. It was the only place his single mother could afford on her own.

During that time, “everyone looked out for everyone.” Ford said. If his mom came home late from work, the neighbors would keep an eye on him. If someone was struggling to make ends meet, people pitched in to help put food on the table.

Residents took pride in their homes, taking great care to mow their lawns every week. Children on the neighborhood baseball team were expected to wash their uniforms and polish their cleats before each game.

“The message back then was just because you lived in public housing doesn’t mean you can’t aspire to higher heights,” said Ford, a former member and chairman of the Richland District One school board. “I truly believe that community is what catapulted me to where I am today.”

By the 1990s, when Latifa Anderson first moved to Allen Benedict Court with her mother, life in the neighborhood had changed drastically.

Though even in its inception conservative critics of public housing decried it as a socialist handout, Ed Gramlich, senior advisor for the National Low Income Housing Coalition, said that over time the exodus of white families out of the projects led to increased backlash.

“Early on a lot of that housing was for white working class people,” he said. “They were considered quote unquote good people, decent people. Then as white people were offered [federally backed] mortgage loans they were able to move to the suburbs.”

Meanwhile, Black families were barred from accessing federal and private mortgage loans, making the dream of homeownership much more difficult to achieve.

Negative perceptions of public housing reached a boiling point under the Reagan administration, after the U.S. economy fell into a severe recession with inflation and high interest rates. From 1981 to 1988, the overall budget authority at HUD fell from around $34 billion to $15 billion, the largest drop of any federal department, according to data from the Office of Management and Budget.

With little money being put toward routine maintenance, the once-impressive brick structures erected in the 1940s started to crumble. One HUD study from a decade ago determined that $26 billion was needed to repair and renovate the country’s 1.2 million aging public housing units.

For Anderson, memories of her formative years in Allen Benedict Court are marred by shootings, drug deals and domestic violence.

“It just wasn’t kid-friendly at all,” she said. “But we made the best of it because beggars can’t be choosers.”

Anderson found herself right back where she started in 2015. She was in the third trimester of her pregnancy and teetering on the verge of homelessness when she got offered a spot in Allen Benedict Court

When she went to tour the apartment, “it looked exactly the same, like nothing had changed,” she said. But with nowhere else to turn, she swallowed her pride and told herself it would just be temporary, that she would save up and one day be able to buy a place of her own.

Five years, multiple jobs and one gas leak later, Anderson is still far from reaching that goal. She doesn’t want to face the same fate as her mother, who is still living in public housing.

After being evacuated from Allen Benedict Court and spending two months in a hotel, Anderson was offered a Section 8 Housing Choice Voucher, which she uses to subsidize her rent at a privately-owned condo on the outskirts of the city.

“I just want to move on,” she said. “I have to do this on my own. I just don’t want to take my child through this struggle.”

Rebecca Liebson covers housing and live-ability for The State. This dispatch is part of a series called “On the Ground” with Report for America, an initiative of The GroundTruth Project. Follow her on Twitter: @RebeccaLiebson