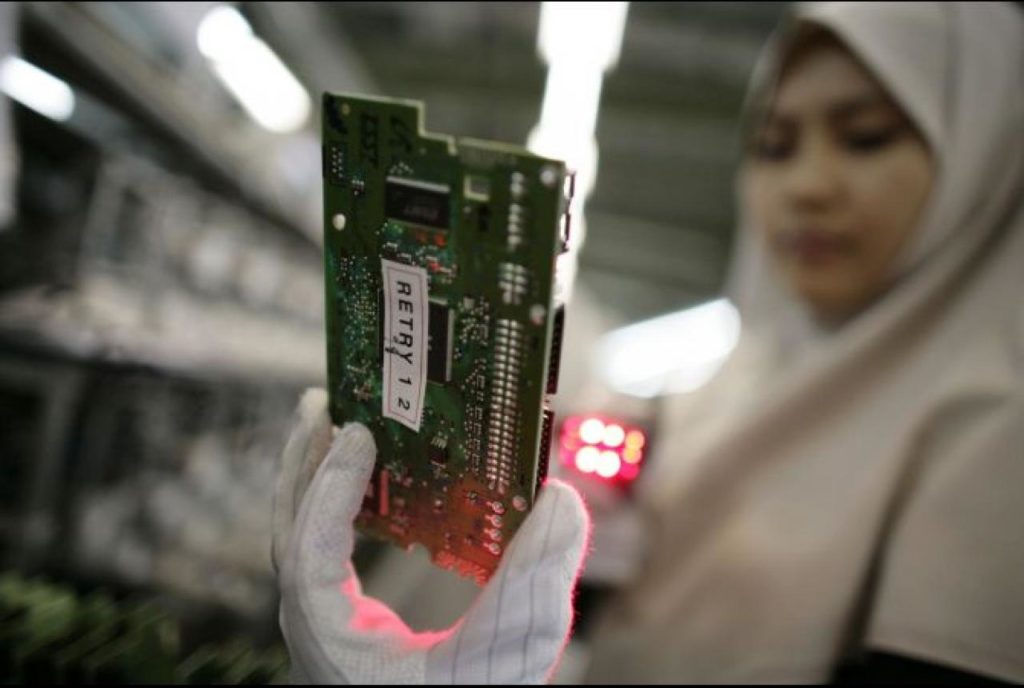 JAKARTA, Indonesia — Labor organizers in Indonesia are struggling to improve working conditions as a flood of global industrialists inundate the country, attracted by its low-wage culture.

Some are particularly suspicious of the motives of controversial Apple equipment manufacturer Foxconn, which recently announced plans to set up a plant near Jakarta by the end of the year, investing as much as $10 billion over five to 10 years.

“We believe they want to use outsourced workers, and not follow the labor law,” says Said Iqbal, chairman of the Confederation of Indonesian Trade Unions (KSPI) and part of a small but ambitious labor movement in Indonesia.

Foxconn has faced a firestorm of international media attention over its labor practices in China, where it has 13 factories. While the adverse publicity and growing labor shortages in China have reportedly improved working conditions there, critics are scrutinizing the company’s recent diversification to other low-wage nations: Malaysia, Mexico, Brazil, Vietnam, and now, Indonesia.

The only Southeast Asian member of the G20, Indonesia’s economy grew 6.4 percent in 2011. A domestic market of almost 240 million people consumes about 70 percent of country’s output, even as Indonesia ranks in the bottom half of the world in per capita GDP.

This dichotomy — a large consumer base and low labor costs — is a powerful draw for billion-dollar, multi-national manufacturers who promise to bring increased employment but could make reforms more difficult, especially if the country’s main attraction is cheap labor, advocates like Iqbal say.

For Indonesian workers, the country’s economic surge has been a double-edged sword. The minimum wage in Indonesia ranges from about $100 a month to about $280, depending on the region.

Low wages, lack of health care and precarious work conditions are the primary targets of Indonesia’s burgeoning labor movement. The past 15 years of Indonesian democracy have added huge layers of bureaucracy and regulation to the law books, but according to Iqbal, many of those regulations either fall short or lack enforcement.

Outsourcing remains a huge problem. By law, most large companies are required to hire a worker after two years, but a study by KSPI and NGOs AKATIGA and Friedrich Ebert Stiftung in 2010 found that more than 80 percent of jobs in labor-intensive industries such as textile manufacturing were outsourced, meaning a third-party company employed the workers, bypassing conventional employer-employee contracts.

Outsourced workers have no job security, no compensation if fired, no health care and no yearly raises. Needless to say, they are cheaper to employ than contracted workers.

“This is a crime,” says Devi Damayanti, a 22-year-old line production worker at PTA Accupix, a Korean company that manufactures 3D glasses and other items for electronics giant LG.

Damayanti has been working at the factory in Bekasi, about 30 km east of Jakarta, since it opened two years ago. She makes about $200 per month.

In recent weeks, 70 percent of the factory’s workers have been laid off. The company tells them there is no more work, but when the old workers leave, new ones are brought in for training, she says.

“I want justice,” Damayanti says. “After two years, we must become permanent.”

The 3,000 companies in Bekasi’s industrial parks employ close to half a million workers, but there are only 20 governmental labor inspectors to oversee the district, according to Roni Febrianto of the Federation of Indonesian Metal Workers Union (FSPMI), a member organization to KSPI and an active union in Bekasi.

Rather than relying on government intervention, Damayanti and a dozen of her colleagues came to FSPMI’s makeshift field headquarters last week to learn about organizing.

“If we become members of a trade union, we can negotiate wages and welfare,” Damayanti says. At the moment, none of her company’s 200 workers are unionized.

The labor movement is still small, but it’s growing. Of the 12,000 workers at the Epsom plant in Bekasi, only 700 are members of FSPMI, but that number has doubled in the past three months. And the upstart unions are eager to flex their respective muscles.

In January, protesters shut down the highway between Bekasi and Jakarta for just one day before the government called an emergency meeting with labor leaders and the Indonesian Employers’ Association (APINDO).

Another strike is planned for September, when KSPI will call for an end to outsourcing.

But these techniques and demands are the product of “radicals,” says APINDO chairman Sufjan Wanandi.

“They are shouting, making noises … and the government backs down,” he says. “There is so much politicizing.”

Wanandi is one of the executives who encouraged Indonesia to court Foxconn — Ministry of Trade representatives met with the company in July — and he is enthusiastic about what Foxconn will bring to the country, suggesting the company may employ up to a million Indonesians over the next decade. It will also train workers for high-tech industrial jobs.

“We would like to try to jump Indonesia in the manufacturing sector, to be a higher player,” he says. “Our labor costs are quite cheap, but our productivity is quite low, our training is quite low.”

He is not concerned with Foxconn’s spotty reputation in China. “We asked also, ‘What happened in China?’” he says. “They learned a lot. I think Foxconn understands what needs to be done here to be successful.”

Success for Foxconn will not only mean negotiating unions and negative public opinion about its labor practices. It will also mean tapping into the large domestic market of consumers.

“It’s an emerging market — a young population, reaching a per capita income of hopefully $5,000 soon, a population of 240 million people,” Hsing says.

$5,000 is a number frequently bandied about by industrialists and government representatives, but depending on what metrics are used, it might be a bit ambitious.

Its nominal per capita GDP was $3,509, based on IMF statistics. Its purchasing power-adjusted per capita GDP was a more respectable $4,668, but no matter which figure you use, the average Indonesian is pretty far from purchasing an iPhone, which in the US currently starts at $199 with a two-year service agreement that’s more expensive than most Indonesian factory workers’ monthly rent.

“They are importing a lot right now,” Foxconn’s Hsing says. “We will be able to have all the things in place to manufacture in the country instead. We may utilize their labor force later on.”

Foxconn is bullish on Indonesia’s consumption, but says plans for additional investment are contingent on government support and local partnerships.

“We may utilize their labor force later on,” Hsing says.

For now, Foxconn will put just one toe in the muddy waters of Indonesia’s labor market. But as the unions work to spread from Java to Papua, Foxconn, too, will look to expand its foothold on Indonesia — for both labor and consumption.