Flooding the system: Climate change could knock the Internet offline 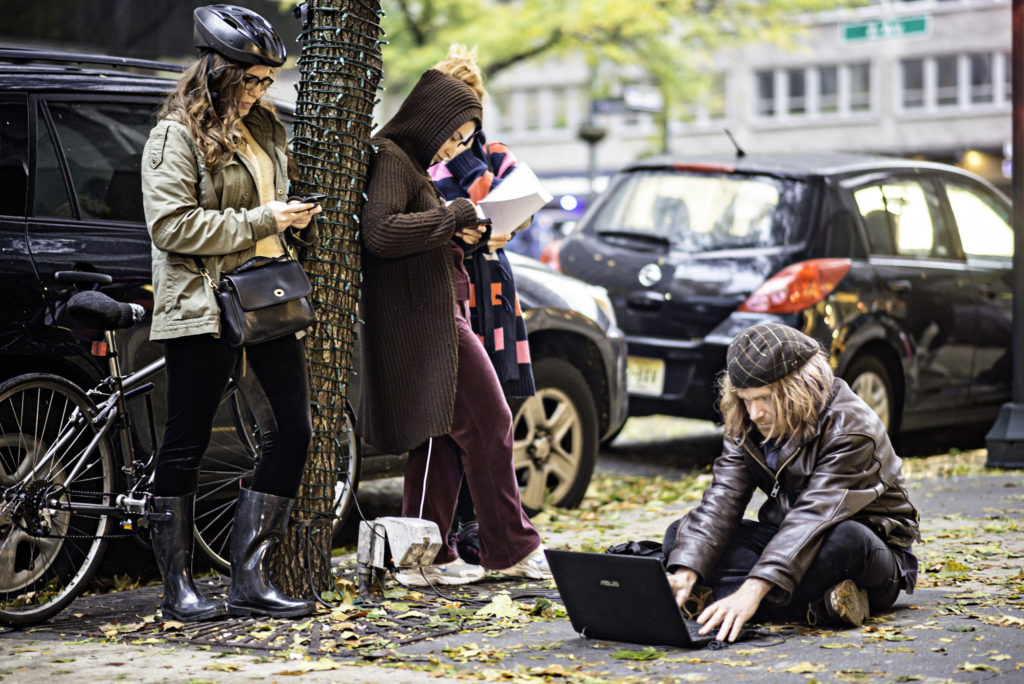 After Superstorm Sandy, large swaths of Manhattan were left without power or internet access. Many internet users trekked uptown or to other places with access, and camped out in the streets. (Photo by Flickr user Simon Pearce/CC)

The Internet depends on buildings, wires, servers and conduits. And that physical infrastructure is just as vulnerable as any other. That has government, industry and nonprofits all working to build sturdier infrastructure before the next catastrophic storm hits.

With temperatures rising and sea levels mounting, storms like Katrina will become both more common and more dangerous, according to the 2014 National Climate Assessment. A stretch of the East Coast between North Carolina and Massachusetts will be especially vulnerable to storm surge — a wall of ocean water pushed onto shore — as it experiences considerably greater sea level rise than the worldwide average, according to a U.S. Geological Survey study. Other parts of the country will continue to see increases in flooding, droughts and wildfires, detrimentally affecting critical infrastructure.

To read the rest of this article, please visit Al Jazeera America.