Fleeing the land of the free 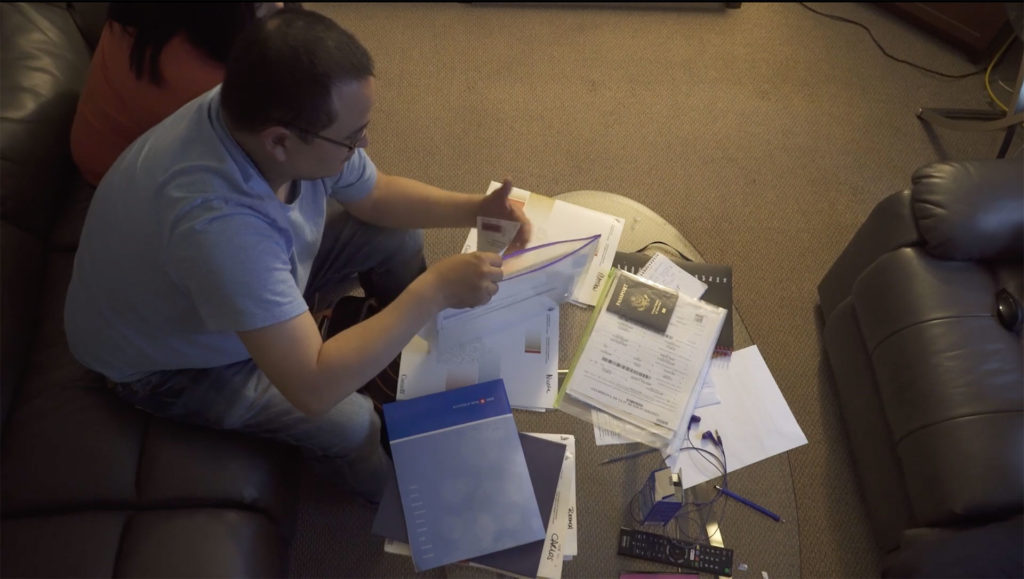 Due to the migratory policies of the Trump administration, many immigrants, like Carlos and his family, have decided to leave the U.S.

Three weeks after President Trump’s inauguration in January 2017, Carlos Rivera* finished a long day of welding at his job on a new construction site and was looking forward to dinner with his wife and two children. As he followed the familiar route home, Carlos saw something that made him panic: a Homeland Security checkpoint. He quickly pulled a U-turn.

“I had never seen an immigration checkpoint,” said Carlos, “never in my life.”

It wasn’t long before he encountered two more.

While it is the Trump administration’s crackdown on illegal immigration on the country’s southern border that has captured most of the media attention, Carlos’ story unfolded in Maryland, more than a year before 2,300 children were separated from their parents while trying to enter the U.S. from Mexico. He’d been quietly living and working in the U.S. for more than 15 years and built a life with his wife and two young children in Baltimore. Because his children were born in the United States, they are U.S. citizens; but Carlos, who is from Peru, and his wife, who is Honduran, were among the 11 million immigrants living in the U.S. illegally.

“I’m scared. I’m always scared one day the police will come to my house and knock on my door,” he said. “Every immigrant is scared.”

His biggest fear: being deported and separated from his son and daughter.

As he made that U-turn to avoid the immigration checkpoint, Carlos also made a decision: the family must leave the United States.

“When I came to this country [America], everything was beautiful. No problems at all,” explains Carlos. “If you want to compare when I came to the United States to now, the U.S. has changed 100 percent.”

In April 2017, the family packed a few bags and said goodbye to their life in Maryland. They drove north to a refugee shelter in Buffalo, New York where they made plans to move to Canada.

“What I see from Canada is a future for my family without running,” Carlos says. “That’s what I see. A peaceful life. Without being pursued.”

Increasing numbers of undocumented individuals and families are turning to Canada to escape anti-immigrant tensions in the United States. According to the Canada Border Services Agency, Canada processed 50,375 asylum claims in 2017, more than double the number of asylum claims processed in 2016. And because Carlos had a brother living in Ontario, he and his family were able to apply for asylum there.

In May 2017, Carlos and his family packed their belongings once again and hired a taxi to take them to the border. Though they qualified to enter Canada, crossing the border was still a huge risk: if authorities questioned the veracity of their asylum claim, they would be turned back and handed over to American authorities where they would face deportation and their family would be torn apart.

Though Carlos is now safely in Canada, many other undocumented immigrants in the U.S. still fear deportation as the political climate worsens. Anti-immigrant language reached fever pitch during the November 2018 midterm elections and the Trump administration recently announced that it would terminate Temporary Protected Status for approximately 200,000 Salvadorans.

“I feel free,” Carlos shared after a year of living in Canada. He’d been promoted at work from welder to supervisor and the family moved out of his brother’s home and into their own apartment.

When asked what he would say to President Trump if given the chance, Carlos paused for a few minutes before speaking.

“The only thing I’d say to Donald Trump is, you’re an immigrant too.”

* Carlos’ last name has been changed to protect his identity