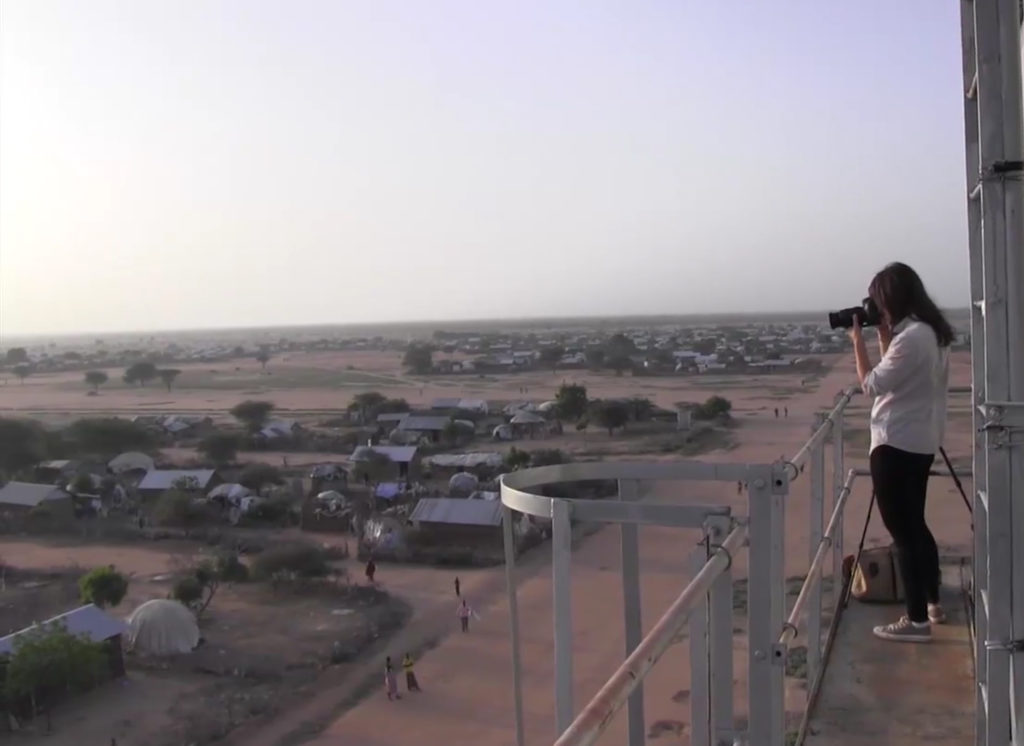 Note: The application deadline for this fellowship has passed.

GroundTruth will award five film fellowships and will begin accepting applications today. The centerpiece of the project will be a series of original, short films from around the world focused on climate change and its impact on the health of women and children.

One of the films will be produced in partnership with the PBS investigative documentary series, FRONTLINE and distributed through FRONTLINE’s digital platforms.

The fellowship will be headed by veteran journalist and documentarian Beth Murphy, director of the newly formed GroundTruth Films, and by GroundTruth Health and Environment Editor Marissa Miley.

“There’s an urgency to the storytelling we’re doing. The same things making our planet sick are making us sick, and women and children are carrying the greatest health burden of climate change,” said Murphy. “Telling these stories requires an approach that combines the sensibility of an excellent journalist with the eye and artistry of a documentary filmmaker.”

Winners of the film fellowships will join a talented and diverse editorial and production team to produce a set of powerful, character-driven documentary shorts. This film initiative builds on GroundTruth’s multiyear climate coverage and is made possible through the generous support of the David and Lucile Packard Foundation.

Charles Sennott, GroundTruth Founder and Executive Director, said, “We’re grateful for this funding and thrilled to provide a new generation of filmmakers a platform to do in-depth and innovative storytelling for a wide audience.”

The fellowship comprises four to six weeks of field production and editing time, and GroundTruth will provide a stipend and cover all expenses for the filmmaking trips.

GroundTruth welcomes applications from early-career documentary filmmakers with demonstrated interest and unique talent for covering the environment and the human condition. We are open to applications from cinematographers, producers/directors, editors, sound artists, VR producers and impact producers. To apply, please submit your resume, cover letter and links to three pieces of sample work. The cover letter should state clearly what qualifications and skills you bring to the team and what ideas and approaches you have for focusing on climate change and its impact on the health of women and children. Please submit your application for the GroundTruth Film Fellowship through this Google Form. The final deadline is Monday, August 15 at 11:59 p.m. EST. Applications will be reviewed and fellowships will be awarded on a rolling basis. As many as three fellows will join our filming team this summer in the field.

The GroundTruth Project is a nonprofit media organization dedicated to training the next generation of international correspondents and documentary filmmakers and to adding increased knowledge and understanding on issues of social justice, including human rights, freedom of expression, emerging democracies, the environment, religious affairs and global health. GroundTruth Films is led by award-winning journalist and filmmaker Beth Murphy, whose work has been widely recognized, including today’s announcement of a national Edward R. Murrow Award for her work in Afghanistan. Our newest feature WHAT TOMORROW BRINGS had its World Premiere at Hot Docs earlier this month and is currently on the festival circuit. It will air on PBS/POV in October.

FRONTLINE, U.S. television’s longest running investigative documentary series, explores the issues of our times through powerful storytelling. FRONTLINE has won every major journalism and broadcasting award, including 75 Emmy Awards and 18 Peabody Awards. Visit pbs.org/frontline and follow us on Twitter, Facebook, Instagram, YouTube, Tumblr and Google+ to learn more. Founded by David Fanning in 1983, FRONTLINE is produced by WGBH Boston and is broadcast nationwide on PBS. Funding for FRONTLINE is provided through the support of PBS viewers and by the Corporation for Public Broadcasting. Major funding for FRONTLINE is provided by the John D. and Catherine T. MacArthur Foundation. Additional funding is provided by the Park Foundation, the John and Helen Glessner Family Trust, the Ford Foundation, the Wyncote Foundation, and the FRONTLINE Journalism Fund with major support from Jon and Jo Ann Hagler on behalf of the Jon L. Hagler Foundation.