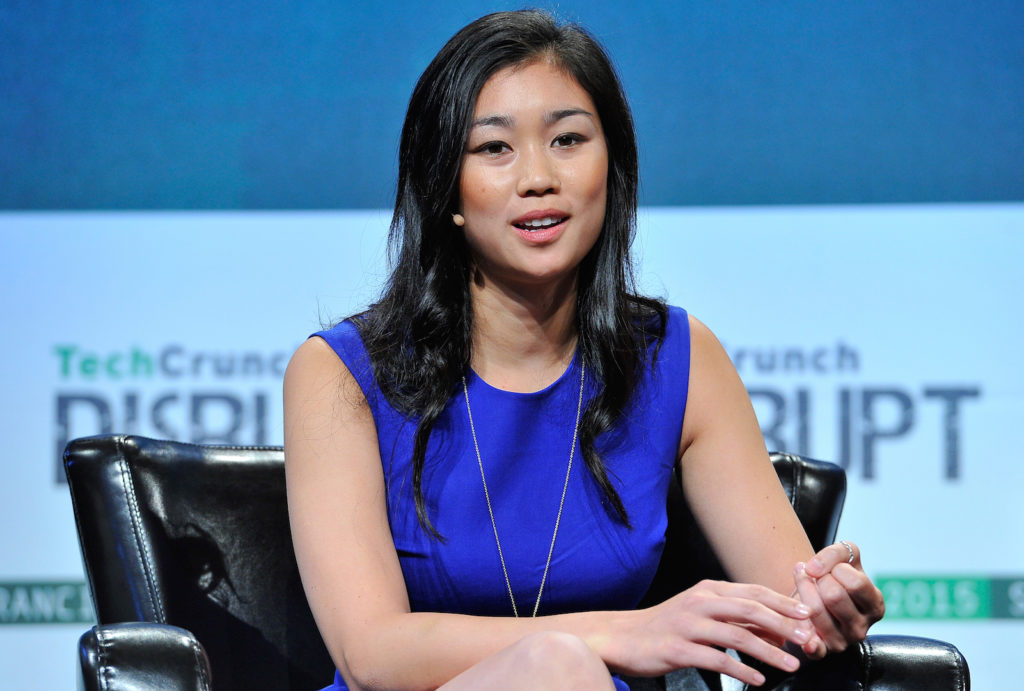 Tracy Chou, one of the co-founders of Project Include, speaks at TechCrunch Disrupt in 2015. (Photo by Steve Jennings/Getty Images for TechCrunch)

It’s long been understood that tech has a diversity problem. Women make up just 29 percent of the STEM field, according to the National Science Foundation, and women of color occupy even less slots in one of the world’s most influential industries.

But now, seven women technologists are compiling solutions through Project Include, a diversity initiative that offers a data-based approaches to increasing diversity. Their website hands CEOs and VCs a road map of 88 strategies to tackle major questions, including how to establish an inclusive culture, how to keep a long employee life cycle and how to measure progress.

“Though startups are making an effort … The reality is that most are taking limited, potentially harmful actions, including one-off training, blaming the pipeline, using language like ‘lowering the bar’ and describing the current state of the tech industry as a ‘meritocracy,'” their mission statement says.

These solutions come directly from the knowledge and expertise of the project’s co-founders: an activist dream team that includes Ellen Pao, the former CEO of reddit who made headlines when she filed a high-profile gender discrimination suit against her employer at the time, Erica Joy Baker, senior engineer at Slack and creator of #RealDiversityNumbers, and Tracy Chou, a software engineer at Pinterest who led efforts to pressure companies to reveal their diversity statistics.

Pao easily found a network of support for her idea, and the project launched in May, with all of the contributors working on their own time. And they didn’t start small – they began by working with 18 startups that employed between 25 and 1,000 workers, according to The New York Times.

Google, Apple, and Facebook have been transparent about their employee demographics, and the general trend is that tech companies remain overwhelmingly dominated by white and Asian males.

Project Include recommends that organizations first define their company culture – it’s essential they banish the “bro culture” that lowers retention rates among women. An APA study, for example, found that 40 percent of women with engineering degrees either leave the field – largely because of a lack of opportunities and hostile work environment – or never enter it in the first place.

The website outlines several tactics to define an inclusive culture from the outset. Implementing that culture involves creating and enforcing codes of conduct, instituting policies of transparency, reframing HR strategies to be top down based on inclusion not quotas.

The employee retention recommendations define interview and hiring strategies, designing inclusive performance reviews, and ensuring minorities have support in their first year on the job.

Project Include also provides case studies with “how to” guides for companies that want to address the needs of other minority groups such as the LGBTQ and Trans community, as well as workers with disabilities. This section, and the set of metrics recommended to track company progress, allows Project Include to serve as a vessel to collect data and adjust their recommendations based on the experiences of real companies trying to implement them.

“If you are unable to understand why these recommendations make sense, you are probably part of the problem,” the founders said on their website. But, ultimately, “If a CEO isn’t invested in the success of [diversity and inclusion], these programs will not succeed.”