Father Florian, the Benedictine monk who was a prince 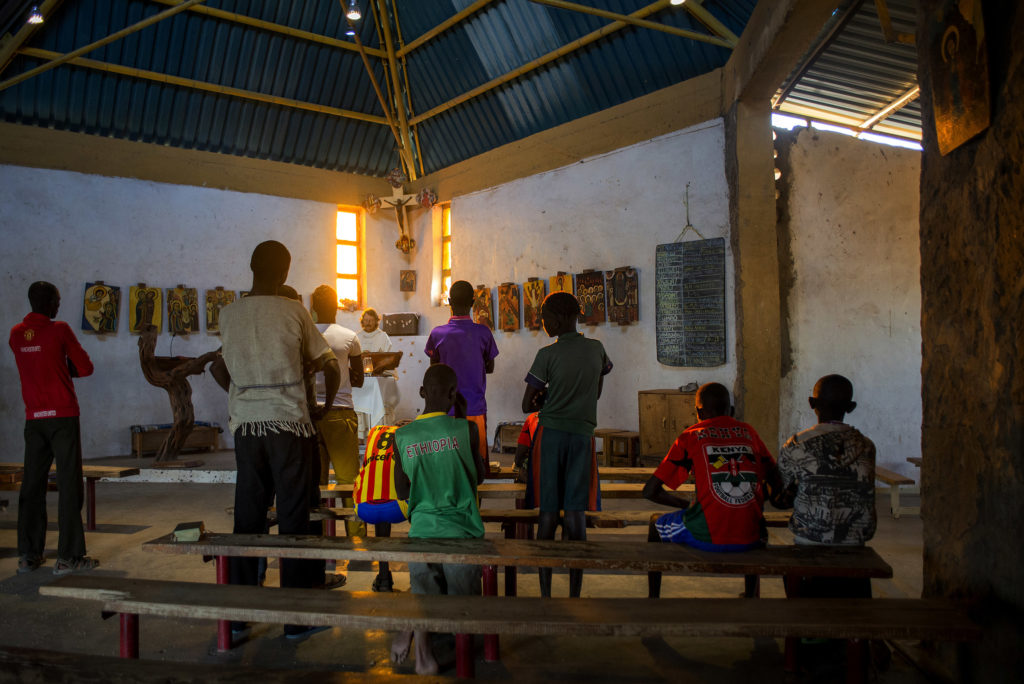 Father Florian gives an afternoon service in Illeret, Kenya. He took his vows at St. Ottilien Archabbey, where he adopted the Benedictines' unofficial motto, “Ora et Labora” — “Pray and Work.” This has become his mantra for his time with Kenya's ethnic Daasanach community, one of the smallest tribes in Kenya. (Christena Dowsett/The GroundTruth Project)

Father Florian was born Prince Franz-Josef of Bavaria in 1957 and he says despite his royal heritage, he and his six siblings had a normal childhood. Their farmhouse on the outskirts of Starnberg, Germany, was rumored to be a “house of rubber” because they could always fit one more person. No doubt his great sense of hospitality was nurtured there, along with a desire for a life away from the big city.

Now a Benedictine monk, Florian first came to Illeret, Kenya, in 2002, with the hope or turning the outpost mission in to a parish of its own. One thousand kilometers from the country’s capital, the now-established St. Peter the Fisherman’s parish sits on a small hill overlooking a town of several thousand members of the Daasanach community of Lake Turkana.

The Daasanach are one of the smallest tribes in Kenya. According to Ethnolougue, which lists all the languages in the world and their populations, there are approximately 60,000 speakers of the Daasanach language stretching across Kenya and Ethiopia.

The Benedictine’s unofficial motto is, “Ora et Labora” — “Pray and Work.” One could point to the new water system Florian has helped put in, the mechanics garage he built from scratch, the poor he helps take care of, or even the boys he sends to school; but Father Florian is adamant that he does not give handouts.

For the last 13 years, Father Florian has made his home among the Daasanach with the hopes of inspiring these two ideas in others: pray often and work hard.

Note from the Photographer

I have worked with the Daasanach community for several years, and I would always hear about Father Florian. We would meet in passing during my trips, but we never talked much. It wasn’t until a friend of mine mentioned that Father Florian was a German prince that I took notice. I did some research and, sure enough, Father Florian had royal blood in his veins. As he later explained, it didn’t practically mean much, other than a title, but I still thought it was fascinating to stumble upon a prince in the desert, serving the community there as a Benedictine monk.

The Daasanach community is close to my heart because I feel like they are caught between worlds. They’re a small tribe but a fierce one. And although they span across both Kenya and Ethiopia, neither government could give a hoot about them. They are physically isolated so they cling to each other for support, but there is also a lot of corruption among their leaders. The only way to any major town is by car, or days and days and days of walking. Famine, starvation and flash flooding are common. It’s the same pattern every year: the goats die and then the people.

When I decided to follow Father Florian, it was more in the hopes to bring awareness to what’s happening with the community. He, obviously, has a heart for them too, and he knew that this was my intent. He has a fascinating story but it is part of a much larger story at play here. My goal has been to highlight several key ideas and people in the community and turn it in to a giant project that gives a realistic perspective of what happens in tribal community life. So far, I’ve only been able to follow two people because of time and money — Father Florian and a fisherman named Irgiena.

For the images of Father Florian, I spent two weeks at his side. Every day looked the same and completely different. It was a variation of church and work and play. He is a stoic man, with many heartaches, who also enjoys a good laugh. I saw his love for the community often, but I think his love for the children was most evident. They were as much his kids as anyone else’s.

I hope to continue to work on this project over the years to come. The larger project can be viewed here.

Christena Dowsett is a documentary and non-profit photographer based in Seattle, Washington. After graduating from the University of North Texas with a degree in photojournalism, she worked several years working in East Africa. She is now a photographer with the development organization World Concern. 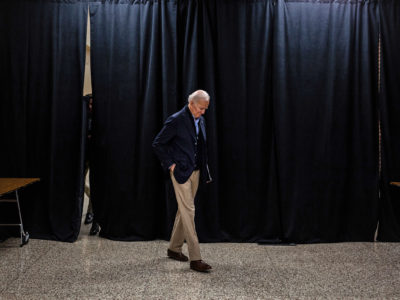