Faced with a health crisis and pandemic-induced recession, Latino elected officials fight for a voice 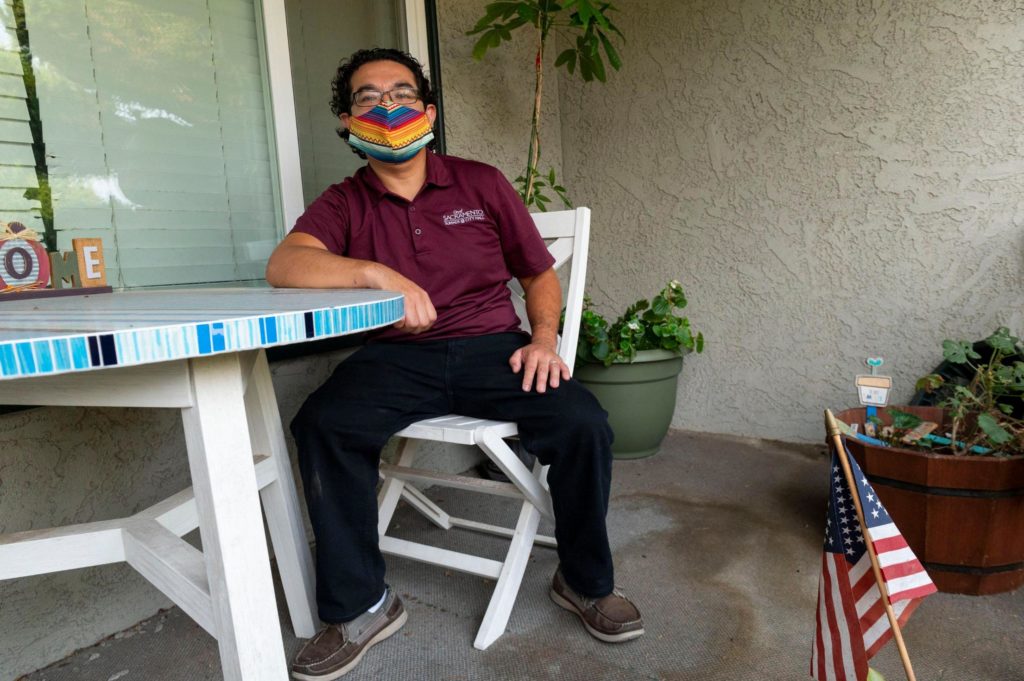 Sacramento City Councilman Eric Guerra talks about the challenges for Latino candidates on Thursday, Oct.1, 2020. Guerra moved to the United States when he was four but was deported. He returned legally and eventually ran for local office. (Photo by Alie Skowronski/The Sacramento Bee)

SACRAMENTO — For Sacramento City Councilman Eric Guerra, the pandemic is another reminder of how Latino communities are forgotten during a crisis.

Latinos represent about 40% of the state population, and are facing the brunt of the virus, accounting for 60% of the state’s COVID-19 cases and 48.5% of COVID-19 deaths, according to public health data.

“It’s still been a very big challenge,” Guerra said about stemming the spread of the virus in Latino communities. “The need is much greater than what we expected and we have to get on it even more.”

His administration helped spread the word of the state’s Housing for the Harvest program, which offers temporary housing for agricultural workers who have been exposed to the virus, to help them isolate for the protection of loved ones and other workers. Prompted by the virus’ heavy toll on Latino communities, the Mexican Consulate in Sacramento also began providing free COVID-19 testing for Latino and local communities in June.

Most Latinos in the area are essential workers, Guerra said, who work in areas of construction, agriculture and sanitation. They serve the public, work in close quarters and can’t work from home, making them more likely to contract the virus that has killed more than 9,000 Latino Californians.

At a California Assembly Labor and Employment informational hearing on Nov. 17, Maria Aguilar, a United Farm Workers activist, called into the meeting and urged for COVID-19 safeguards for farmworkers. In June, the Madera, Calif. resident and her husband fell ill while harvesting tomatoes, she said. On the drive home she experienced cold shivers and developed a fever. Days later, she and her husband tested positive for the virus.

“As immigrant farmworkers, we fundamentally contribute so much to the state and to the  country,” she said in Spanish while fighting tears. “We ensure you have the necessities in your home —  vegetables, fruits, the almond milk you drink. The pandemic has affected everything.”

In addition to disproportionate infection and death rates due to COVID-19, Latinos and immigrants are also facing the impact of the pandemic’s economic downturn.

A Stanford Latino Entrepreneurship Initiative study found Latino-owned businesses were less likely to have cash on hand and have their Paycheck Protection Program loans approved compared to white-owned businesses.

In the initial months of the health crisis, about 30% of Hispanic women and 40% of undocumented Latinas in the state lost their jobs compared to 9% of white women, a report by the Hispanas Organized For Political Equality shows.

In the California Legislature, the life experiences of lawmakers from under-represented communities is commonly reflected in the legislation they propose. This year, Latino and Black lawmakers passed legislation to fund a COVID-19 outreach campaign for farmworkers and approved a task force to research reparations for African Americans. Notably, the California Legislature approved a historic tax break to expand the state’s Earned Income Tax Credit to low-income undocumented Californians — legislation that advocates said was necessary due to the pandemic-induced recession.

It’s one of the reasons why Guerra, the son of Mexican farmworkers, advocates for the election of more Latino decision makers in public office. Before Guerra was sworn into office in 2015, a Latino councilmember hadn’t served in Sacramento’s City Council since 1996.

Related: In San Francisco, voters to decide if noncitizens can serve on city boards

On the state level, Latino lawmakers represent 31 seats in the Legislature, making up about a quarter of its 120 officeholders. But Latinos have yet to reach the California governor’s office or the state’s U.S. Senate seats.

Guerra, along with a coalition of Latino elected officials, is urging Gov. Gavin Newsom to appoint a Latino or Latina senator as Sen. Kamala Harris’ successor in the U.S. Senate. In the state’s 170-history, Californians have never elected a Latino U.S. senator.

Jacqueline Martinez Garcel, CEO of the Latino Community Foundation, said it was important for a Latino senator to represent “hurting” Latino families impacted by the coronavirus pandemic.

“We are long overdue to have that voice,” she said.

Kim Bojórquez covers​ California’s Latino communities for The Sacramento Bee and Report for America. This d​ispatch is part of a series called “O​n the Ground​” with Report for America, an initiative of The GroundTruth Project. Follow her on Twitter: @kimbojorque 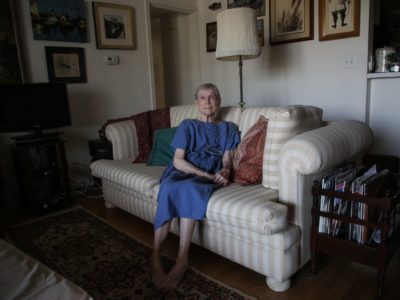