Evangelical disillusionment is finding a home in book clubs 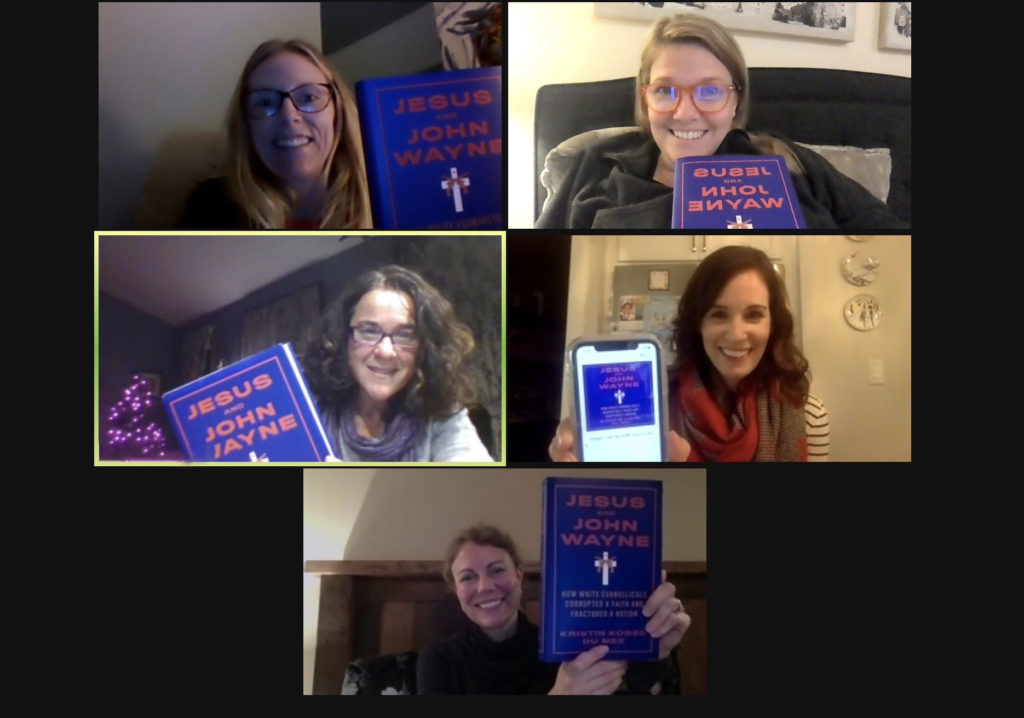 Annelie Heinen (top right) and her book club mates pose for a Zoom screenshot with each of their copies of Kristen Kobes Du Mez’s evangelical history "Jesus and John Wayne" during their first meeting in December. (Screencap by Annelie Heinen)

In 2016, Annelie Heinen’s frustration with evangelical culture exploded. The native Iowan had been attending evangelical churches for more than two decades, but Donald Trump’s election brought her to what she now calls a “crisis” point. She vented her frustration to the group of moms she met with once a week for toddler playdates, pounding her fists on the table. When she and her family moved in 2018, she settled at a “progressive Lutheran” church instead.

“We were asleep at the wheel, and all of a sudden we’ve got Trump in the White House and 81% of white evangelicals supporting him,” she told Religion News Service on a recent Zoom call. “I didn’t feel that I was complicit in it at the time, but complicit in the bigger narratives that set the stage for him.”

But there are indications the last year of reckoning with racism, sexism and sex abuse scandals in the white evangelical church is taking its toll. Wildly popular Baptist teacher Beth Moore announced this month she was leaving the Southern Baptist Convention after nearly three decades, following a wave of Black pastors who departed the SBC in December after its seminary presidents released a statement targeting critical race theory. Author and historian Jemar Tisby went public with the story of how he left evangelicalism on a “Pass the Mic” podcast episode two weeks ago, launching a Twitter campaign hashtagged #LeaveLoud.

And then, there are the book clubs.

The conversation that started in Heinen’s mom’s group in 2016 has continued, most recently with a Zoom book club on Kristin Kobes Du Mez’s polarizing history of white evangelical masculinity: “Jesus and John Wayne: How White Evangelicals Corrupted a Faith and Fractured a Nation.” 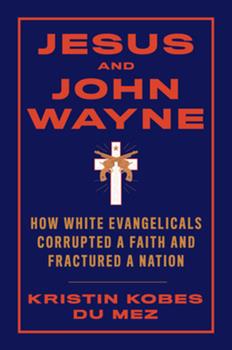 “Christians in America are more cultural than they are followers of Christ,” said Heinen. “My hope is it all implodes spectacularly.”

Du Mez says that, based on the feedback she’s been getting since “Jesus and John Wayne” published last year, Heinen’s experience is not unique: “The book has become one of the ways evangelicals have raised the issues they want to raise. It really maps on closely to some people’s experiences.”

“Jesus and John Wayne” is but one popular entry in a growing market for books that deconstruct evangelical culture and theology. The trend is led by books like Tisby’s history of white Christian racism and racist complicity, “Color of Compromise,” which grew popular after last summer’s racial justice protests, and Aimee Byrd’s critique of evangelical gender norms, “Recovering from Biblical Manhood & Womanhood.” There is D.L. Mayfield’s “The Myth of the American Dream,” critiquing evangelicalism’s adoption of nationalist values. Mayfield herself wrote about finally leaving evangelicalism this past summer during the racial justice protests.

A new batch of deconstructionist and justice-oriented literature is just arriving. Tisby’s praxis-focused follow-up, “How to Fight Racism,” hit online shelves on Jan. 5, the day before the U.S. Capitol attack. Speaker and writer Sheila Wray Gregoire’s criticism of evangelical sexual ethics, “The Great Sex Rescue,” published on March 2, and Baylor history professor Beth Allison Barr’s “The Making of Biblical Womanhood” will publish on April 20. On Monday (March 22), Anthea Butler, a prominent professor of religious studies at the University of Pennsylvania, debuted her own critique of evangelical politics: “White Evangelical Racism.”

“My book is gonna threaten,” said Butler in a phone interview. “Guess what, I wrote a whole book about how awful you are, ‘cause you need to know it. Is this what you want? This is what you turned out to be.”

Though the deconstructionist movement hasn’t reached the critical mass needed to move the needle in polls, Butler says the mass of critical resources is making conversations harder to avoid: “What I can say confidently about this moment is that it will be increasingly difficult for evangelicals to hide away from their past or their present.”

Those evangelicals who are questioning often do so in isolation — but some are now looking for community.

Airline pilot and former U.S. Marine Justin Charles says he went on his own deconstruction journey a few years ago and is mulling whether to start a group to dig into “Jesus and John Wayne” with members of his church in Maine. He’s hesitant, because his attempts to push back when he sees problems haven’t gone well so far.

“I mostly only bring things up in individual conversations and in small groups,” said Charles. But in at least one Bible study group, “they look at me like I have two heads.”

Du Mez says the isolation is normal, and part of the reason the deconstructionist movement might stall. “The next steps are the ones that take a lot of effort. Are you willing to leave your church? Are you willing to throw that all away?” said Du Mez. “It’s important that it’s done in community.” 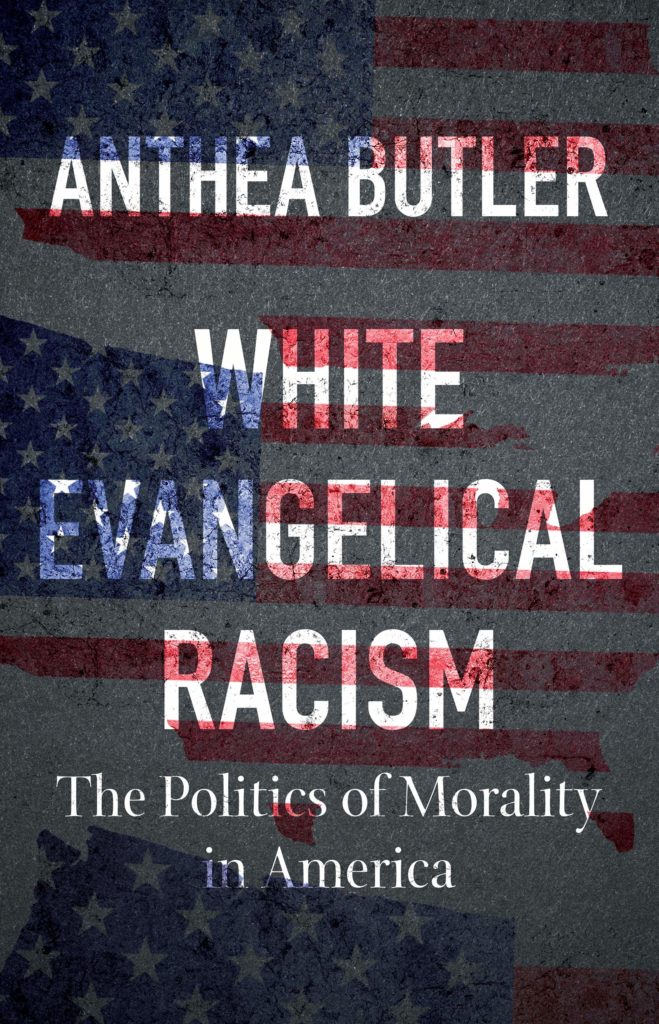 Book clubs are a communal outpost where frustrations, when they arise, can be vented, and where deconstruction becomes a group project, rather than an isolated journey. It’s telling that they’re popping up in red states like Heinen’s Iowa, where their exploration could be offensive to a larger group.

In Casper, Wyoming, for example, Shelly Ann’s book club started as part of a larger church “justice group” but has been meeting in a smaller, more focused group since the pandemic began. Recently, the group has been working through “Color of Compromise,” Esau McCaulley’s “Reading While Black” and Robert Chao Romero’s “The Brown Church.”

“If we brought that group back into the public space,” said Ann, “people’s heads would explode.”

The group has become a “lifeline” for some of its members, including Luanne Marshall, who is married to the church’s former senior pastor and said things would have been different without the group: “I would have been on this journey anyway, but I probably would have been quietly dying inside. I’m not the kind of person who would enter into conflict.”

Group member Laura Gamble, who was raised in what she calls an “abusive, cultlike” Christian environment but has spent her adult years in nondenominational, Southern Baptist and American Baptist churches, said she no longer identifies with the evangelical label.

“The soap box issues that evangelicalism is often associated with reflect more hatred than love of neighbor, and somewhere along the way, a lust for power and control displaced the ethics Jesus laid out for us in the Sermon on the Mount,” she wrote to RNS.

In leaving the evangelical tag behind, Gamble, like Heinen, embodies a trend that actually is reflected in the polls: The number of evangelicals in America, and their share of the population as a whole, has been dwindling for at least a decade, per Pew Research. If this moment of reckoning doesn’t reform the white evangelical church, it might hasten its decline.

A version of this story appeared on Religion News Service on MARCH 26, 2021