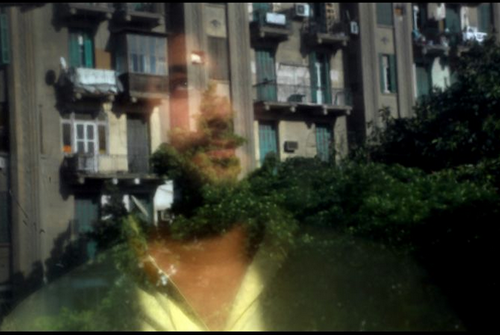 By Monica Ibrahim and Menan Khater

CAIRO — It’s almost 7 a.m. on a Tuesday, a workday in most parts of the world. But the sidewalks and alleys of Cairo are already occupied by working-age men without employment who spend long hours at small, local cafés just trying to kill time.

In a country with a youth unemployment rate above 30 percent, a highly restrictive political climate and an economy only now creeping back to levels seen before the 2011 uprising, these young men say the prospects of finding jobs are grim — even for those who have completed higher-level education.

And yet a rising class of entrepreneurs say virtually every problem and deficiency that exists in Egypt — traffic congestion, garbage pileups, power shortages — and the failure of the government to address those issues and provide critical services has left the door open for youth-led startup companies to provide solutions.

Shahir George, 24, who visits the cafés for leisure, finished his university studies in business in 2011 and then spent a year performing mandatory military service. He joined Bey2ollak, a small enterprise that provides mobile traffic updates, despite his family’s fears and objections that binding his future to a startup was too risky.

“I saw a great potential in Bey2ollak,” he said. “It has an unconventional working atmosphere and it helps me become more creative.”

George said taking a risk and then finding success with this job has been a dream come true, but he knows he remains in rare company. He’s concerned about friends and acquaintances still killing time over tea and tobacco.

“Nobody here cares about having the job of their dreams anymore,” he said.

Bey2ollak’s team doesn’t think that way. Its mobile application launched in October 2010, gathering about 6,000 users in the first few days of launch. Working from a bare-bones but creatively adorned office in the upscale neighborhood of Maadi, a group of tech-savvies relentlessly upgraded the platform to support a growing user base.

After signing early sponsors like Vodafone and winning $200,000 in seed capital from Google in 2012, Bey2ollak has now reached 1 million registered users with advertisers like Hyundai and the FIFA World Cup. It employs 30 young employees from different disciplines and has expanded to Alexandria, where George serves as a marketing specialist and operations manager, he said.

“Not only do start-ups boost the self-esteem of youth by creating a positive working environment,” El-Rouby said. “But also they contribute in absorbing a considerable amount of the country’s unemployed youth.” An estimated 3.6 million Egyptians are entrepreneurially active, 1.4 million of whom are nascent entrepreneurs, 2.2 million are owners of new firms, and 1.9 million are owners of established businesses, according to a report issued by Global Entrepreneurship Monitor in 2013. Reforms implemented under Hosni Mubarak in the 2000s made it easier for young Egyptians to launch companies, and Egypt enjoyed some global fanfare as one of the most enterprising countries in the Middle East.

However, a 2009 Gallup poll found that “among those aged 15 to 29, only 30 percent say their governments make paperwork and permits easy enough to get for people who want to start a business.”

El-Rouby argues that entrepreneurs are in better position than established businesses to secure highly competitive investment opportunities, and he advocates government incentives like tax exemptions for startups as rewards for hiring the unemployed.

In addition to navigating Egypt’s notorious bureaucracy, startup founders are tasked with creating a cultural change.

“We were not driven by money,” said Bey2ollak co-founder Gamal El-Din Sadek. “Our motive was to have an impact on society. But culturally, yes, there was a challenge because the idea of entrepreneurship was not understood. Some people were urging us to have other full-time jobs to guarantee a stable career.”

But instability has been an inseparable part of Egypt since 2011, and entrepreneurial teams like Bey2ollak’s have actually been able to capitalize on that.

“Unexpectedly, the January 25th revolution benefited us and made us more adaptable,” Sadek said. “We started reporting about the blocked roads and added more features to warn about unsafe roads [and offered] the phone numbers of emergency and police and so on.”

Nearly four hundred kilometers southwest of Cairo, deep in the desert, is the Bahariya Oasis. Thousands of young men of rural villages in this part of Egypt work in farming or construction, but both fields are facing enormous economic challenges and cutting employees.

Farmers here are dependent on diesel fuel-powered generators, which draw up groundwater for irrigating crops including guavas, mangos, dates and olives. It’s not often very prosperous work. Desert makes up as much as 97 percent of Egypt’s surface, but only 5 percent of Egyptians live away from the Nile River for good reason. And as the World Bank reports, “while agriculture only contributes about 14 percent to Egypt’s income, it employs 32 percent of the labor force.”

After trying his luck in Cairo and failing to find work, the Bahariya Oasis is where Ahmed Hamdy, 25, found his first-ever job at the startup company Karm Solar five months ago.

“During school I used to work anything to make a living,” said Hamdy, who lives in Al-Hayez village near the company’s campus and works as a solar technician. “After I served in the military I worked in the tourism sector for a while but after the huge decline in the industry I couldn’t carry on.”

Hamdy said he’s an example of how a new field was badly needed to absorb some of the surplus working hands in Egypt’s rural areas. “I was impressed when I first knew that solar energy existed,” he said. “This was something completely new to me.”

Karm Solar started in October 2011 and offers an alternative energy option to Egyptians who live off of the electrical grid.

Ahmed Zahran, the company’s CEO, has a different vision for this part of the country. He the desert is one of the country’s forgotten resources and that Karm Solar is almost done building a village entirely made of earth materials and will totally rely on solar energy for electricity and water pumping.

Indeed, though power outages are common back in Cairo, they are not at Karm Solar. Zahran explained that water and electricity for the whole campus is based on energy from the arrays of solar panels installed just feet out into the desert.

The village Zahran and his team are building will be the first of its kind in the Middle East/North Africa region and eventually home for 500 workers of nearby farms and construction sites, said Zahran, 34.

“We had the idea of building with ‘earth materials’ and combining this with solar energy installations,” he said. “Nobody thought of putting both together but we saw a great economic advantage of this mix for the country. It reduces the cost of buildings by 40 percent.”

The company began as a small team of four, along with an executive board of experts on renewable energy. Board members actively invest their savings and ideas in the project in exchange for contributing to the company’s business decisions.
Zahran said it wasn’t easy to give up his previous job at a multinational company in the energy sector and start his own business. The startup life requires some sacrifices.

“The company didn’t start to make profit until [2013], but now I have a different lifestyle,” he said. “I live with 25 percent of the income I used to make.”

Heading back into southern Cairo, illicit residential buildings cover green fields all over the ring highway road that connects several districts of the city. Egypt ranked first among countries with the largest rate of desertification of green fields, according to a UN report. Security unrest during the past three years has made it easier for squatter to build stealthily on the agricultural fields, which has resulted in severely diminishing agricultural activities across several provinces.

Painfully aware of Egypt’s marginalized community of farmers, Laura Tabet co-founded, ‘Nawaya’ — or ‘Seeds’ — based in Giza, southern Cairo. Tabet lost her job a few months after the 2011 uprisings and, inspired by the promise of the revolution, she teamed up with two other entrepreneurs to start an educational center that introduces new agricultural techniques, bringing together volunteers from different competencies.

“Our aim is to empower farmers to overcome their own challenges instead of blaming the government,” she noted. It’s the kind of mentality that Egyptian entrepreneurs working on internet, energy, agriculture and other fields all seem to share.

Egypt is hoping for a thriving Silicon Valley, one that might be the only the salvation for its current unemployment crisis and a looming economic nightmare. Those entrepreneurs are pushing against barriers of bureaucracy, corruption and shortage of funds. And their work might be one of the few silver linings left behind by a stormy “Arab Spring.”

Ahmed Ragab, managing editor of the Al-Masry Al-Youm website, contributed to this report.