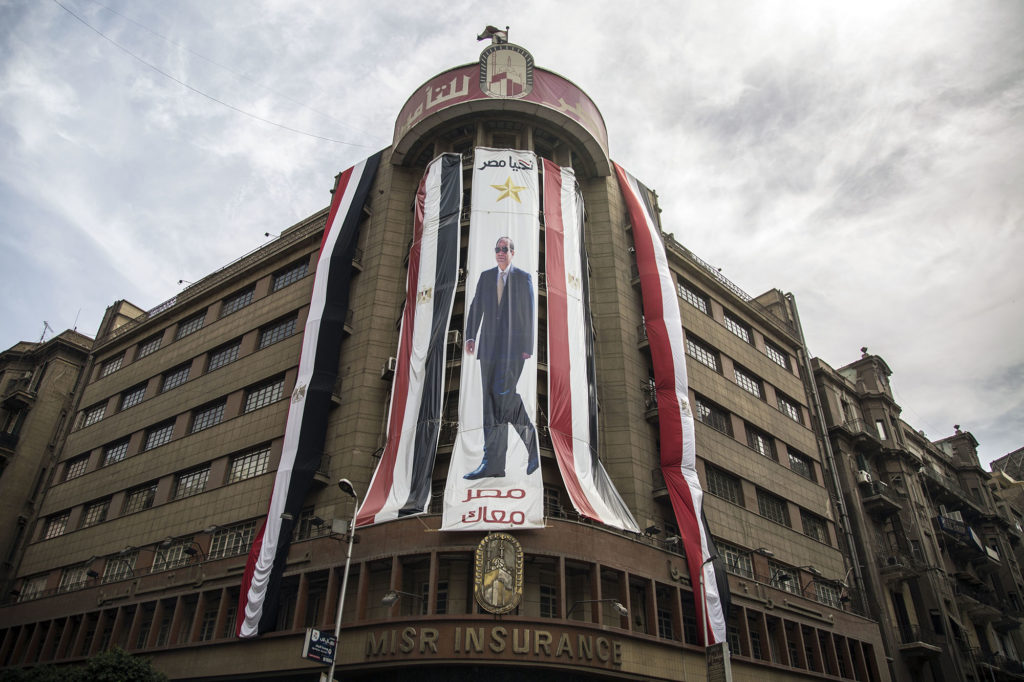 In 2011, when Egypt was pulsating with post-revolution possibility, I received a grant from the Pulitzer Center to report on “The Country Outside the Square” — an exploration of Egypt’s oft-neglected provinces, hundreds of miles from the nerve center of Tahrir Square. There, schools look like penitentiaries. Hospitals are understaffed and underfunded. Roads are barely navigable.

Over the past seven years, in a somewhat vain attempt to track how a revolution went terribly wrong, I have followed a Muslim Brotherhood family in the Upper Egyptian city of Assiut.

First, a bit of a primer on Egyptian politics. Here’s the deal, as I explained in The New Yorker last March during Egypt’s presidential elections, which predictably installed President Abdel Fattah el-Sisi into a second term:

Throughout all this mess, I’ve caught up with Ahmed’s family as a sort of compass or barometer to help me navigate the headache — and heartbreak –of Egyptian politics.

During the initial uprising against Mubarak, the family’s eldest son, Ahmed, was a bright-eyed Muslim Brotherhood activist. But soon, he regarded them as just as bad as the military, if not Mubarak’s regime. Plus, he began flirting with anarchism and atheism and, well, women.

After the uprising in 2011, his critical blog posts on the military landed him in detention for months at the notorious Tora prison, where many revolutionaries and Islamists are once again locked away.

Throughout Ahmed’s military detention, his family’s devotion to the Brotherhood never faltered, even though the organization remained silent and failed to counter the ludicrous, trumped-up charges against the 22-year-old.

“I think about how things were before”

It was during Ahmed’s detention that I met his younger brother Omar, a meek 15-year-old. The family was vigorously campaigning for the Muslim Brotherhood during the country’s first post-Mubarak parliamentary elections. Brutally shy, Omar buzzed at the mere mention of the Brotherhood and their “Renaissance” project for Egypt. Still, you could tell he was torn.

“I’m not sure if I want other people to know, but, sometimes, I think about how things were before the revolution,” he said walking home past red-stenciled “Free Ahmed” graffiti with his brother’s face slightly eclipsed by Muslim Brotherhood campaign posters. “Me, my brother and the Brotherhood. Things were simple, not complicated. We all knew who we were.”

I saw the brothers again in 2012, when the Muslim Brotherhood was in power. Omar, true to form, was ecstatic. Ahmed, whose face was still graffitied all over the city, was weary.

“Time will tell if they can rule,” he said.

He was right. In July 2013, the Muslim Brotherhood was toppled in a popularly-backed military coup.

When I went back to Assiut in 2014 to visit Ahmed, he was in despair. He had grown a longer beard and was figuring out what to do with his life. Youth unemployment in Egypt is among the highest in the region, if not the world, and like so many other university graduates, he often spent his time at cafes with friends, talking about their place in Egypt — not just politically, but existentially.

When I visited his brother Omar at his university in Beni Suef, an Upper Egyptian city closer to Cairo, we had to hop-scotch across the city’s desolate cityscape in search of cafes that were “safe” — free of the country’s notorious mukhabarat, or secret police.

“Don’t say anything,” he scribbled in my notebook when we shared a cab. “The driver is pro-Sisi. I can tell by the station he’s listening to.”

That was the last time I saw or spoke to Omar.

An even more repressive regime

But Ahmed and I stayed in touch. On a reporting trip to Cairo in 2015, I ran into him at my favorite handmade goods shop in the city. He got a job there and was excited he was living in Cairo — “Egypt’s New York City” he explained to me. It was around Christmas time and he gifted me a small angel figurine, made from various materials.

Last month — seven years since we first met — I sat with Ahmed at a Syrian cafe in my Istanbul neighborhood. Three months ago, he was invited to travel to the Netherlands – his first time in the “West.” There, at the Hague, he protested against Sisi’s regime and connected with activists across the world. He has no intention of returning to Egypt.

The restrictions Ahmed and his family lived under in Egypt since Sisi took over has made it dangerous for dissidents and for the press. Human rights organizations are calling Sisi’s regime even more repressive than Mubarak’s.

When I interviewed two pivotal activists back in February, one of the most popular cafes among activists suddenly became a no-go zone. A waiter offered to escort me out if I didn’t put my recorder away.

Sophie Anmuth, a Paris-based researcher with the Middle East desk at Reporters without Borders (RSF), told Al-Jazeera that “Compared to a year ago, the censorship feels tighter, the control of the information … is higher.” She noted that more than 20 journalists were arrested in the six months preceding the country’s presidential elections in March of this year.

In March, a well-known Times of London British journalist, Bel Trew, was threatened with military trial before she was deported. After a flurry of press, Egypt’s State Information Service released a statement in late March, arguing that Trew was deported because she didn’t have a temporary press card. There’s a catch, though: The Egyptian government has yet to issue 2018 press cards.

Reporters Without Borders has called Egypt one of “the world’s biggest prisons for journalists.”

Life under the autocratic regime has torn apart Ahmed’s family.

His younger brother, Omar (the unwaveringly loyal Muslim Brotherhood youth), is nowhere to be found.

Shortly after I met with him in 2014, Omar ran away from his university. Police began interrogating him for his connection to the Muslim Brotherhood. Now, Omar checks in with the family every two-ish weeks, calling from an undisclosed location. Police often detain his father, trying to get information on Omar, but no one has any idea where he is.

Ahmed says he hopes he’s outside of Egypt and doing OK.

“In Egypt now, it’s better not to know things,” he says, talking to Syrian refugees at my local Syrian restaurant in Istanbul. They instantly bond over revolutions that went wrong — over dreams that were stolen but still haven’t faltered.

“The revolution turned me into an old man,” Ahmed says. “But I’m still hopeful. We still have hope.”