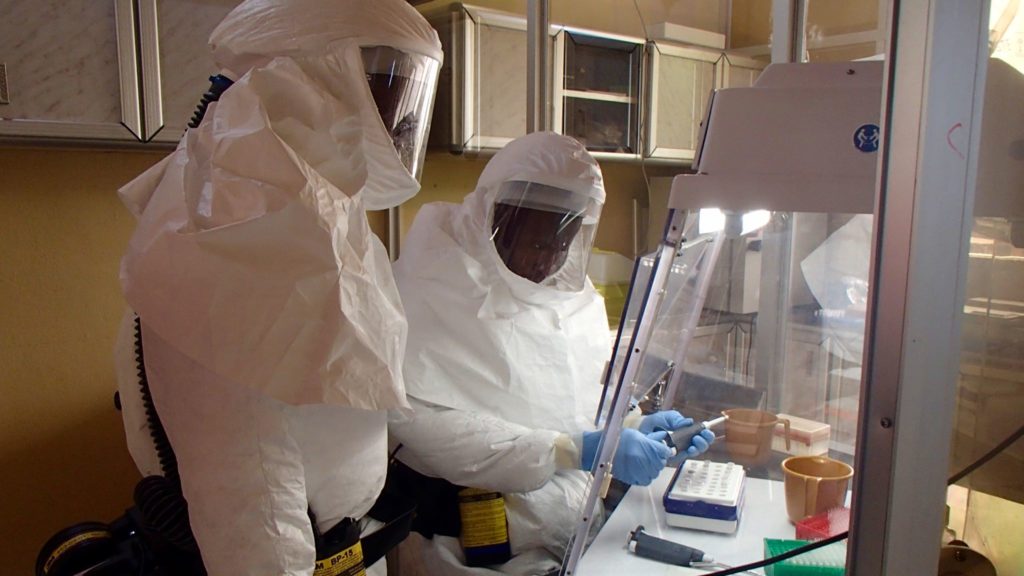 A decade before last year’s Ebola epidemic, the United States Department of Defense embarked on a research program that eventually produced a promising drug to treat the disease, one that was fast-tracked for review by the Food and Drug Administration. Then, in late 2012, a year and a half before the first case of Ebola was reported in West Africa, the program was abruptly halted, the victim of political brinksmanship in Congress.

The U.S. government’s interest in Ebola treatments intensified in 2004, when a virologist at Fort Detrick in Frederick, Maryland, was quarantined because of the virus. She was working at an army laboratory designated “biosafety level 4”—a lab equipped with the highest level of precautions needed to isolate dangerous biological agents—with mice that had been infected with the Ebola virus. While injecting them with immune globulin, the fifth mouse fought back—kicking the syringe and pushing the needle through the woman’s gloves and into her left hand.

The virologist spent 21 days in isolation in “the slammer,” a 1,288-square-foot medical containment suite complete with its own ventilation system, air-tight doors, and three levels of containment through which food and supplies passed.

During those 21 days, the United States Department of Defense reached out to Sarepta Therapeutics, a small pharmaceutical company based in Cambridge, Massachusetts, that focuses on developing drugs for rare diseases. The department wanted to know if Sarepta could quickly turn around an emergency treatment if the scientist were to contract Ebola.

“The company worked over the weekend, and in about five or six days, Sarepta was able to synthesize several compounds, enough drug material to administer in this woman,” says Chris Garabedian, who was chief executive officer of Sarepta Therapeutics from 2011 to 2015. The drug was given emergency approval by the U.S. Food and Drug Administration and was ready for use.

After that close call, the Department of Defense continued to work with Sarepta to develop a drug that could cure Ebola. By 2010, Sarepta landed a $291 million contract for the advanced development of the company’s virus therapeutic candidates for Ebola and Marburg, a similar hemorrhagic fever.

The research would lead to a promising drug candidate that, like many other drugs for rare diseases, would be abandoned before its potential could be fully understood. In 2012, Sarepta’s therapeutic become the first Ebola drug candidate to be given fast-track designation by the FDA, a designation meant to expedite the review of a drug that addresses a serious condition and fills an unmet medical need. One month later, as Congress was locked in a standoff over the debt ceiling and the federal government faced austere budget cuts, development of the promising Ebola treatment was suddenly halted.