The view from Gaza as US moves embassy to Jerusalem 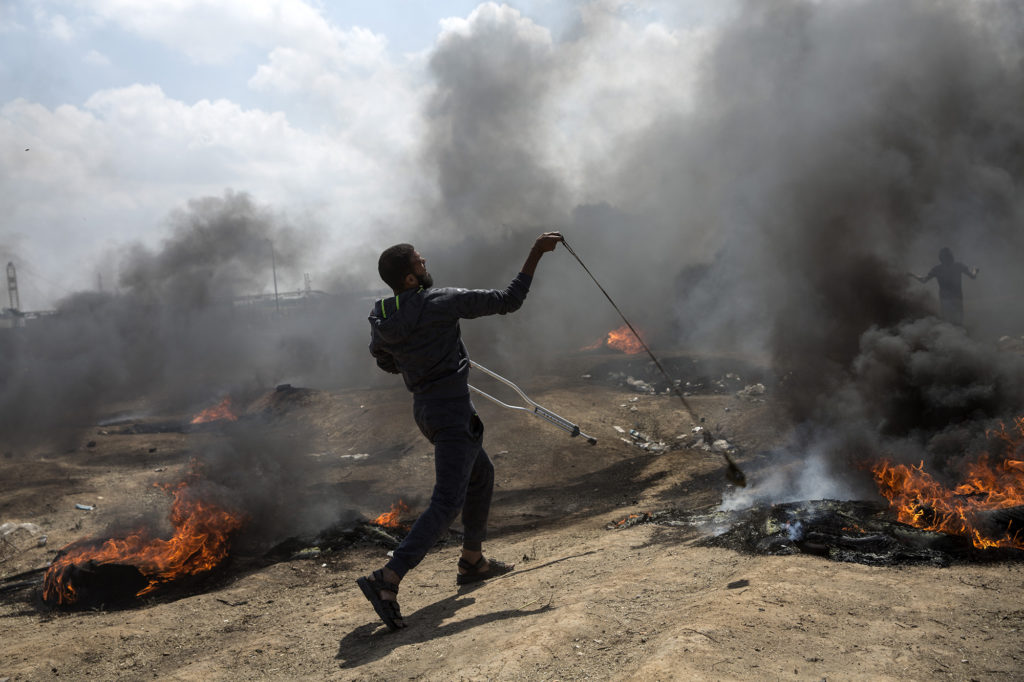 Editor’s note: Palestinian officials say at least 55 people have been killed by Israeli fire in the latest round of protests.

The protests on Monday took place as the United States Embassy was formally relocated to Jerusalem from Tel Aviv, on the 70th anniversary of the formation of Israel.

“What a glorious day,” Prime Minister Benjamin Netanyahu declared at a celebration just 40 miles away from the border. “Remember this moment! This is history! President Trump, by recognizing history, you have made history.”

Photographer Heidi Levine spent the day covering protests at the border in Gaza.

An injured Palestinian, shot by Israeli forces, is evacuated on a motor bike during a protest on the Gaza Strip’s border with Israel.

Injured Palestinians shot are evacuated by wagon and horse.

More than 2,700 Palestinian demonstrators were wounded on Monday along the border fence with Gaza,the Health Ministry reported.

Palestinian protesters, even those injured in recent weeks, burn tires and use slingshots to hurl stones in protest.