Democracy is an inside job 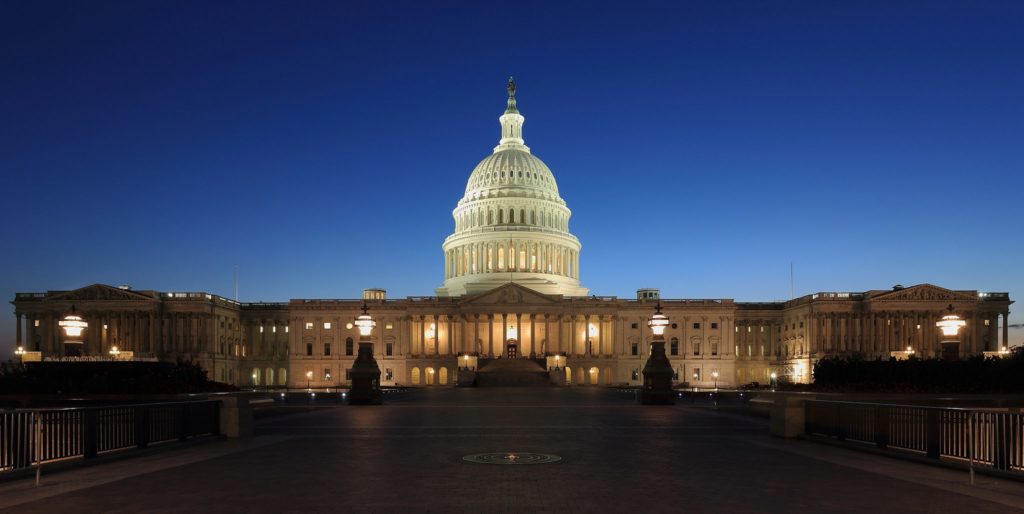 The U.S. Capitol at dusk as seen from the eastern side. (Photo by Martin Falbisoner/Wikimedia Commons)

If you take the medicine prescribed by your doctor and your condition only worsens, you know you need a new prescription — and perhaps a different doctor and diagnosis as well.

The same is true when democracy gets sick. I should know: my colleagues and I are part of a field called by different names including “civic discourse,” “citizen engagement” and “public dialogue.” We are some of the “doctors” who have prescribed cures that have not healed what ails America.

Ever since I co-designed and facilitated the Bipartisan Congressional Retreats in the late 1990s, intended to improved civility and collaboration across the aisle, I have been part of a community of practitioners who advocated a variety of communication techniques and public participation strategies designed to lift the level of public discourse in America. You don’t need a medical degree to know that our medicine hasn’t worked. The disease of incivility and dysfunction is worse now than when we started.

Like a lot of doctors whose treatments fail, we like to point fingers and say it’s not our fault. In our defense, it is true there are many other factors at work. We can blame gerrymandered congressional districts, increasingly toxic social media and talk radio, hyper-partisan primaries or a host of other structural problems that need to be fixed.

But even though there are challenges on the outside, I have come to the conclusion that there are equally serious challenges on the inside — within ourselves. Polishing our communication style or trying out some cutting edge facilitation strategies simply do not go deep enough. Ultimately, healing our precious democracy is not just about institutions and legislation. It’s also an inside job.

The first shift we all need to make is no secret to the ministers, priests, rabbis and imams who intimately know the spiritual challenges facing most of their followers. Every faith cautions against the same sin: pride; and every faith preaches the same virtue: humility. In fact, from my perspective, developing a spirit of humility is the first step towards recovering our civic health.

Humility means that no one owns the whole truth; each of us has a piece of it. So bringing our left hand and right hand together, as we do in prayer, is ultimately the attitude we need.

We can’t depend primarily on our elected officials for this quality. Arrogance is almost always part of their personalities. Running for office these days seems to require having a very high opinion of oneself, often bordering on narcissism. Indeed, some highly respected psychiatrists now argue that the problem has become so serious today that they are publicly questioning the mental health of prominent politicians at the national level. So if the spirit of humility is to emerge at all, it must be grounded in the grassroots. We must recognize we are the fertilizer on which the harvest of democracy depends.

The inner job of democracy also requires a second quality that depends on the first: the courage of curiosity. Almost every issue we face today— nuclear threats from North Korea, health care reform, immigrants from Latin America and the Middle East, cybersecurity threats from Russia, climate change controversies — requires innovative solutions that transcend “Left” or “Right.” Most of these did not even exist when the Founding Fathers wrote our Constitution. We must be lifelong learners who have the courage to be curious — even if it means discovering we are in some ways misinformed, misguided and sometimes simply mistaken.

I call it the courage of curiosity because those who are frozen in either fear or rigidity cannot be truly inquisitive. We are not truly free when we hide behind the barricades of their cast-iron certainties. We are not learners if we only dare to discover information that reinforces our positions. We are not citizens of a democracy if we are trapped in the prisons of our pre-fabricated ideologies. To be truly curious depends on having the guts to talk — and to listen! — to neighbors who oppose our cause, to read writers who disagree with our position, and listen closely to politicians who make us mad. It takes the courage to put our own perspective on the line and learn something that may inspire us to change.

Both of these inner shifts — from arrogance to humility, and from certainty to curiosity — make possible the third aspect of our inner work: a commitment to integrity. By this I mean something far more than just being honest. Although telling the truth is in itself is of tremendous value, “integrity” here means an inner awareness that makes us seek to understand the whole picture. A major part of disagreement on controversial public issues stems from a failure to look systematically at a problem.

Pointing to an undocumented Mexican in California who commits murder, or to another illegal in Indiana who creates a thriving business and is a pillar of his community, makes for a moving vignette. But neither provides the grounds for a comprehensive, viable immigration policy. Whatever the hot button issue be — gun rights, Planned Parenthood, the opioid epidemic, NAFTA —partial views and simplistic anecdotes lead inevitably to partisan dead-ends.

Just as curiosity requires courage, integrity requires commitment. Understanding any of these issues systemically is hard work. But no one, certainly not our Founding Fathers, ever told us that democracy would be easy. A descent into dictatorship, or kneejerk two-party polarization, demands much less from the public than genuine public education, deliberation and decision-making. Unless we foster in ourselves and in our communities a serious commitment to this kind of integrity, we will continue to behave like the proverbial dog chasing his tail. The left hand will attack the right hand, or vice versa. Nothing will get done. Democracy will flounder. The political arms race will accelerate. And the American dream will slowly but surely die.

So by all means let’s do the outside work. We need to focus on the structural fixes that democracy requires, and also develop communication and civic engagement strategies that are participatory and innovative. But let’s not forget our inner lives and our own personal responsibility. Democracy won’t grow unless we do. That means recognizing that just criticizing the President or our other elected representatives misses the point.

When it comes to this inside job, each of us is commander-in-chief.

Mark Gerzon facilitates cross-party dialogues and civic problem-solving. He is the author of The Reunited States of America: How We Can Bridge the Partisan Divide. For more information, go to mediatorsfoundation.org.