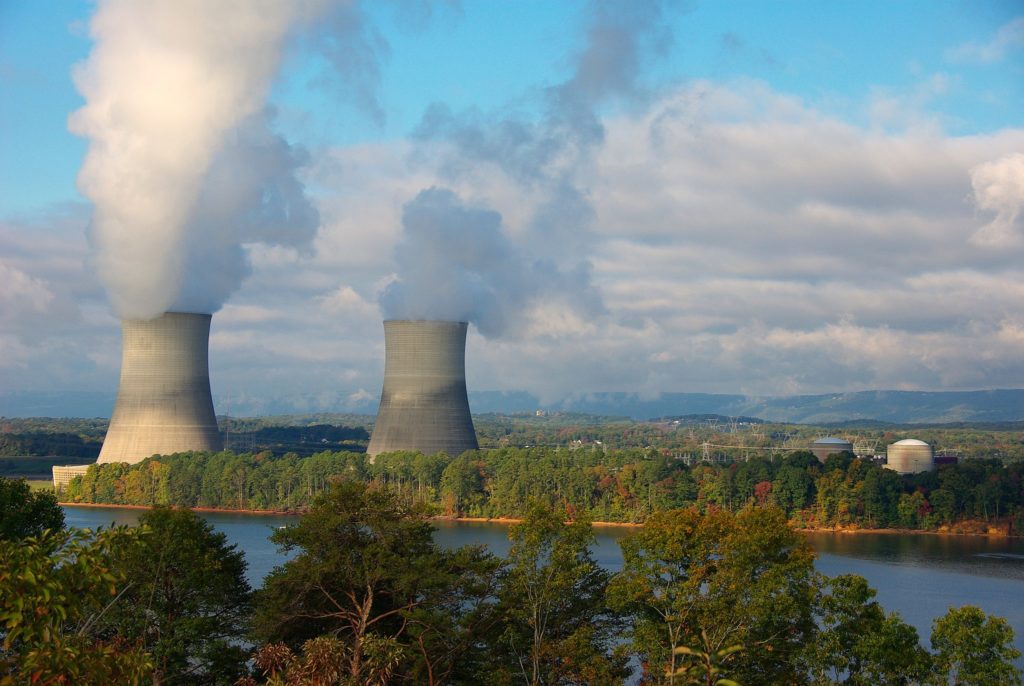 BONN, Germany — The Trump administration on Monday used its only event at the United Nations climate talks here to promote the use of “cleaner” coal and other non-renewable energy sources, prompting an outcry from participants working to reduce the use of fossil fuels and halt climate change’s most catastrophic consequences.

With protesters looking on, President Donald Trump’s special adviser on energy and the environment, David Banks, led a panel discussion that included representatives from the coal, natural gas and nuclear industries. Banks framed the administration’s position as a way to improve human rights, saying that more than a billion people on the planet still lack reliable energy, and that fossil fuels can improve that situation.

Listen to an audio version of this story, which ran on PRI’s The World.

“Without question, fossil fuels will continue to be used, and we would argue it’s in the best global interest to make sure that when fossil fuels are used, it’s as clean and efficient as possible,” Banks said.

Demonstrators in the audience responded to his remarks with a raucous protest song that accused the panelists of greed, interrupting the presentation for nearly 10 minutes. Later in the day, former New York City mayor Michael Bloomberg, who is in Bonn as a U.N. special envoy, tweeted, “Promoting coal at a climate summit is like promoting tobacco at a cancer summit.”

Monday’s event reflected the deep divisions on display at the summit after this year’s dramatic upending of American climate policy. What might have been a wonky working session of the U.N. talks has instead become a stage on which the fight over America’s role in shaping global climate policy is playing out.

This is the first major U.N. climate meeting since President Trump announced his intention to withdraw the United States from the seminal 2015 Paris climate agreement — and that decision has transformed U.S. influence both inside and outside the negotiating rooms here.

Inside the rooms, the official U.S. delegation has lost heft, both literally and politically. Outside, a well-funded and well-organized coalition of elected officials, businesses and nonprofits is working to convince the world that the American government’s reversal on climate change is only temporary.

Monday marked the start of week two of the annual Conference of the Parties, or COP, in which high-level negotiations begin in earnest. The major issues being discussed this year don’t have decision deadlines until next year’s conference, so this meeting is expected to be defined by incremental progress — or lack thereof — rather than major milestones or failures.

Despite President Trump’s vow to withdraw from the Paris accord, the agreement prevents a full exit until 2020, and the U.S. has sent a delegation to negotiate on its behalf.

The delegation, however, is in a notably different position than it was last year, when the Obama administration sent 79 people from 11 departments to the talks; then-Secretary of State John Kerry participated, as did the Secretary of Energy and the director of the White House’s Office of Management and Budget.

This year, the Trump administration sent a delegation of 29 people, nearly all of whom are career diplomats from the State Department, according to a provisional list of accredited parties. Thomas Shannon, undersecretary of state for political affairs, leads the delegation, and no high-level department heads are expected to appear. Meanwhile, the Trump administration last week sent senior energy advisors to a Houston conference hosted by the Heartland Institute, an organization that rejects the scientific consensus that humans are causing Earth’s climate to change. The head of the Environmental Protection Agency, Scott Pruitt, sent a message of support.

The U.S. negotiating team here in Bonn has declined to talk to the press. But observers of the talks say that while American diplomats have managed to retain clout on some subjects, they have lost credibility on others.

For example, a major point of contention in this year’s negotiations is how each nation will prove it is reducing carbon emissions. The U.S. already collects and publishes data on emissions, and has pushed for all nations to meet similar standards. But some nations, notably China, have pushed back, arguing that collecting that kind of data would require too steep an investment.

On this issue, the Trump delegation’s view is not far from the Obama administration, and it is being seen as a helpful participant in negotiations, according to Alex Hanafi, a senior attorney at the Environmental Defense Fund.

But the delegation has deviated on a variety of climate finance issues. The Obama administration had promised $3 billion to the Green Climate Fund, dedicated to helping developing nations adapt to global warming. But so far, the U.S. has only contributed $1 billion, and President Trump insists that U.S. taxpayers will not contribute another dollar under his watch.

U.S. negotiators at Bonn have not budged on that and other key financing questions, and that’s “starting to cause some anger” among developing nations, said Alden Meyer, strategy and policy director at the Union of Concerned Scientists. He and other advocates are worried that other wealthy nations are using the U.S. as a “heat shield,” an excuse not to contribute to the fund themselves.

President Trump’s promotion of the fossil fuel industry as a solution to climate change also diverged sharply from Obama’s policies, which advocated renewable energy. On Monday’s panel, Banks argued it was “naive” to think fossil fuel would quickly go by the wayside, and that leaving natural resources untapped would rob both America and developing nations of prosperity. A representative of the coal giant Peabody Energy, Holly Krutka, presented information about new coal plant technology that reduces emissions by as much as 15 percent. Barry Worthington of the U.S. Energy Association decried what he described as an “anti-fossil fuel bias.”

But these sentiments were scorned by environmental groups who contend that the best way to curb global warming is to leave fossil fuels in the ground. Lou Leonard, climate change and energy chief for the World Wildlife Fund, described the U.S. emphasis on “clean fossil fuels” as misguided, especially when it comes to coal.

“There is no such thing as clean coal,” he said. “Only dirty coal and dirtier coal.”

As the Trump administration has charted a new course on climate change, a diverse coalition of American environmentalists, elected officials and business leaders has taken a more high-profile role here, promoting the idea that some sectors of the U.S. are still committed to the Paris Agreement.

This unofficial American delegation, spearheaded by Bloomberg and Democratic Gov. Jerry Brown of California, has taken up residence in a massive inflatable dome next to the negotiation area of the U.N. complex here. The 27,000-square-foot U.S. Climate Action Center, largely funded by Bloomberg’s philanthropy, has hosted events featuring Al Gore, six U.S. senators, four governors, dozens of local and state elected officials, executives from businesses like Walmart and Citigroup, and a veritable who’s-who of the U.S. environmental movement.

The delegation has spent its time in Bonn promising that the Trump administration’s actions are a temporary detour from a long-term American commitment to improving the climate, and emphasizing that most Americans support action on climate change. The campaign’s slogan, “We Are Still In,” is ubiquitous throughout its events.

In a speech Saturday, former vice president Gore noted that the earliest Trump can withdraw from the agreement is less than three months before his first term in office ends. “A new president could simply give 30 days’ notice, and the United States is back in the agreement,” said Gore.

Officials from the United Nations seemed receptive to this message. Frank Bainimarama, the prime minister of Fiji and president of this year’s COP, named Gov. Brown a special adviser for states and regions for the climate conference, and Bloomberg the special envoy for cities and climate change. The pair has led an initiative called “America’s Pledge,” which has enlisted 20 states, 110 cities, and 1,400 businesses to promise to reduce their carbon emissions, regardless of the federal government’s direction. By the group’s accounting, these signatories together represent more than half the U.S. economy. But they admit it won’t be possible to fulfill the country’s Paris goals — 26 to 28 percent fewer emissions in 2025 than there were in 2005 — without the commitment of the U.S. government.

“It goes very far in terms of climate action on the ground,” said Mohamad Adow of the nonprofit relief organization Christian Aid. “Where it doesn’t translate is in the formal multilateral politics of a negotiation, which can only be played by the Trump administration. And given that limitation, we must move on without the U.S.”

A version of this story appeared in FRONTLINE on November 13, 2017