Day-to-day storytelling: how to include narrative in hard news stories 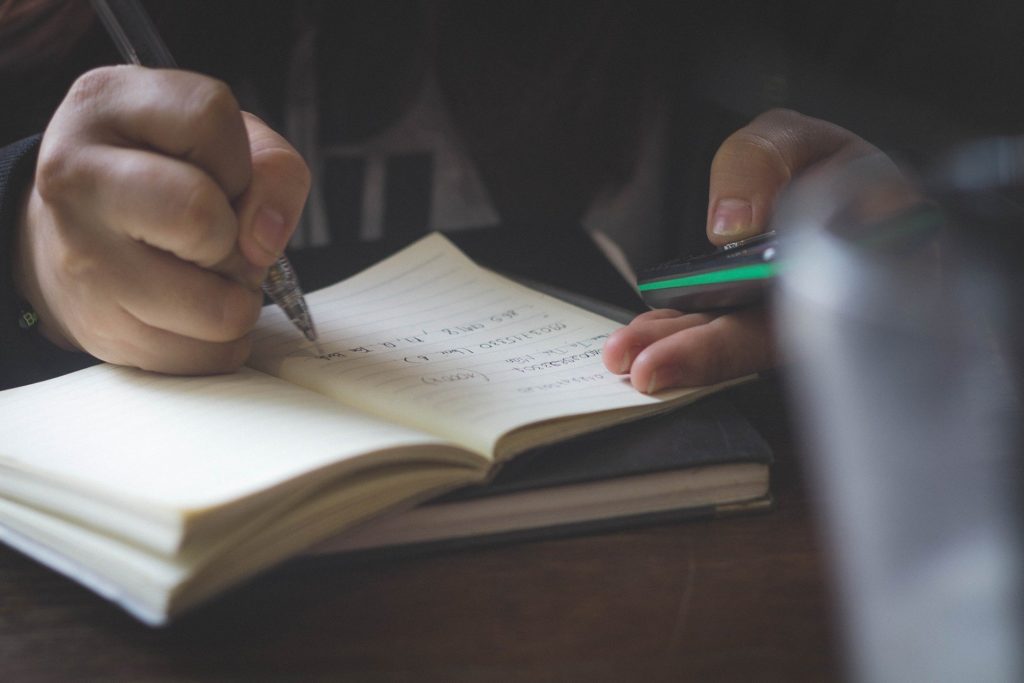 Taking notes on multiple mediums is key to capture the details you'll need to enrich your story. (Photo by Pixabay)

Incorporating narrative elements into your everyday reporting is a delicate balancing act: When done well, it brings readers deeper into a human story, helping them fully visualize what the reporter or the subjects experienced, adding to the urgency of the topic at hand. But overdo it and you risk bogging down the journalism with digressive details that distract the reader from the actual news.

For this edition of Navigator, we asked Linda Villarosa, an award-winning journalist and professor of reporting, writing and Black Studies at The City College of New York and  Jaed Coffin, journalist and professor of creative writing at the University of New Hampshire, what aspects and techniques from narrative journalism can be applied to everyday news stories without losing their urgency or accuracy. Their responses have been edited for length and clarity.

Document (and remember) everything

Your narrative is only as good as the information you capture in the field. In a daily news environment, it can be hard to remember all the details of a scene while also gathering the facts of the story, but you can rely on technology to serve as a second pair of eyes.

Villarosa says it’s important to observe and “remember everything because it’s not going to happen again.” For her story “The Refinery Next Door” for The New York Times, she captured the different aspects of the scene through multiple mediums: “Some people in the group would stand up and speak, I recorded everything, took their picture. And then I recorded the music they had, they had these paint canisters that they turned upside down to make drums. So I recorded the beat so I could remember what it was,” she said.

She also emphasizes the importance of taking note of as many details as possible, along with the feelings invoked by the scenes, so that they can easily be recalled later on when writing. “I don’t use it all. But at least I have it, I’d rather have more than not enough.”

Use the active voice

Some of these issues can be traced to a hesitancy by inexperienced journalists to approach and engage in deep conversation with their subjects, according to Villarosa. “I usually will ask whatever I’m curious about without thinking, ‘Oh, my God, I’m gonna hurt the person’s feelings,’’’ she said. “If you approach with kindness and empathy and openness, I think people will talk to you, you just have to ask.”.

Build an outline, then think of the narrative

After returning from the field with great material, many reporters struggle with how to quickly organize the information and build their narrative. Villarosa believes this is a result of information overload: “You’ve reported out a story, you’re totally overwhelmed, and you’ve forgotten what you were even writing in the first place. Because reporting is so fun and exciting, and you learn all this new stuff, and you meet all these new people. And then you’re like ‘Oh my God, I have to write something. What is it again?’”

To make sense of what you have, Villarosa advises to begin with a title and build your story from there, putting your hard facts first: “I usually put the reported stuff in first, and then figure out where the narrative will work as a storytelling device,” says Villarosa, labeling her organizational process as “methodical”. After the title, she leaves a space for the lede, moves on to her nutgraph, which helps her create a sort of thesis for her story. Then she adds a section, that could be up to five paragraphs for longer stories,  that explains her thesis in a more detailed manner and tells the reader why the story matters and why they should keep on reading. From there, Villarosa determines which parts of her story she wants to expand upon, and then finds a narrative structure that works with the story she wants to tell.

If you don’t have much space Coffin suggests “braiding” facts into the narrative portion of the piece. “Just because you’re describing something poetically doesn’t mean you can’t embed the data and the statistics within that description,” he says. This method pulls the reader into the narrative while subsequently informing them of the facts of the story being presented, he added.

An alternative, Coffin suggests, is to start by coming up with a strong narrative lede to hook the reader that leads into the more straight-forward reporting. This separates the narrative from the story itself, to ensure the facts aren’t lost to the reader.

A few lines of narrative in a story “can illustrate the larger point” and help make “informational pieces memorable” if presented correctly, said Coffin. In his experience, just two or three lines in a narrative style added to reporting can transform the piece.

However, it’s easy to overdo it or fall into the trap of bringing in your own personal narrative into a story that doesn’t need it. Coffin advises writers to use their best judgement, as personal narrative can distract from big stories. “There’s a lot of pieces where my opinions and me being there, it’s just not relevant, especially if it’s about someone who is experiencing something that is entirely their own experience,” he says.

“A little bit of personal narrative can inject a whole sense of like richness to a piece, because you start to feel like the author actually cares about why this is happening. But a lot of times, you can just get in the way and it comes off as self absorbed.”

Study the work of other journalists

When in doubt, read the work of others and examine how they built the narratives in their stories. Villarosa highlighted “Kamala Harris, Mass Incarceration and Me” by Reginald Dwayne Betts, a former convict, as an example of a piece that can be deconstructed to understand how to build a narrative. “It’s hard to write [a feature story like that] because it has all of these different threads. It’s got the mother’s rape and how he felt about that. It’s got his own criminal background and the other incarcerated men that he served time with, and then it’s pulling in the most sympathetic way,” she says, acknowledging the skill and sensitivity required to produce a narrative as raw as this one.

Coffin recommended “Life’s Swell” by Susan Orlean, about a young surfer in Hawaii, which inspired the 2002 film, Blue Crush. “She has a great voice,” Coffin says of Orlean’s writing style. “She has a really fun way with using language. And yet she still can profile people in a way that illuminates who they are and she uses stats and data and research in a really cool way. It’s very fluid.”