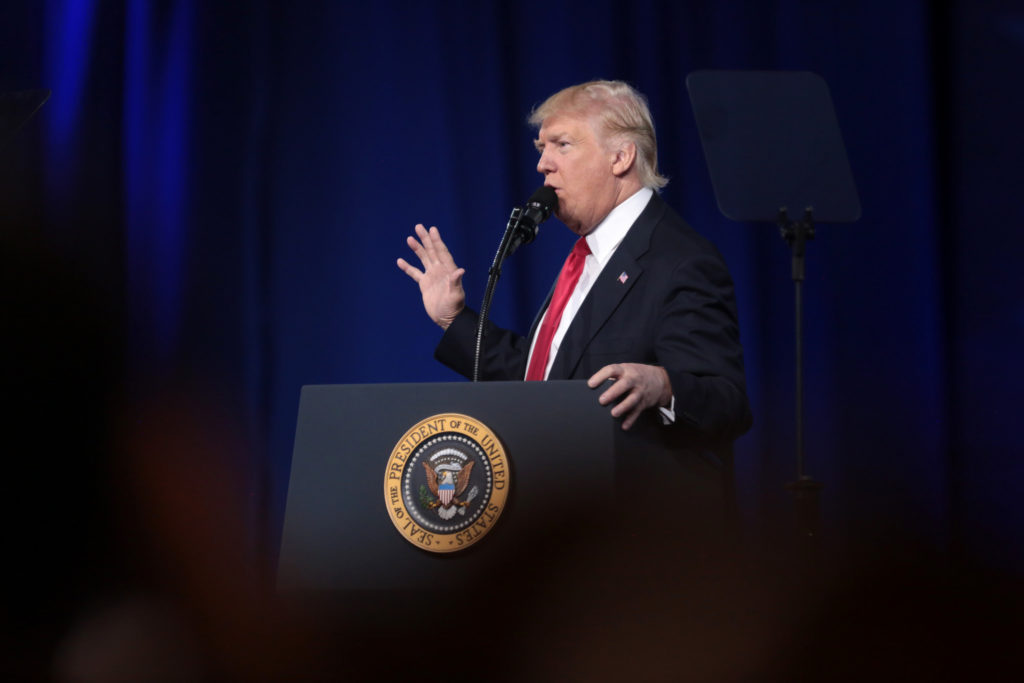 SEOUL, South Korea — Seoul’s streets may be business as usual, with Koreans and foreigners alike filing into coffee shops or stores to escape the rain — but things are different than they were a week before.

It’s now becoming increasingly clear that the White House’s foreign policy on North Korea is a mess that could conceivably risk millions of lives.

Part of the problem lies in mixed messaging, experts say, along with a breakdown in diplomacy. In March, U.S. Secretary of State Rex Tillerson said that the U.S. was considering a preemptive strike against North Korea. Then, in late April, he switched to a message of peace and diplomacy.

Then on Tuesday — during a briefing on the U.S. opioid crisis in Bedminster, New Jersey, of all places — President Trump scrapped Tillerson’s sentiment and made an off-the-cuff threat against Kim Jong-un’s regime in response to reports that it had miniaturized nuclear weapons to fit inside Intercontinental Ballistic Missiles (ICBMs).

“North Korea best not make any more threats to the United States,” he said. “They will be met with fire, fury and frankly power the likes of which this world has never seen before.” It sounded a lot more like a quote from North Korea’s state-run media than anything previous U.S. presidents have said, and the comment shows Trump’s willingness to risk one of two things: U.S. credibility or everyone in Seoul.

Trump’s words took “the attention off Kim Jong Un and onto Trump’s fitness for office,” said Ryan Hass, a fellow at the Brooking Institute’s Center for East Asia Policy Studies.

“I don’t think we are yet at the point of imminent conflict, but I think Trump’s comments moved us in that direction,” he said. “And we really don’t want to find ourselves stumbling into war.”

What  Trump Should Do Next

A day after Trump’s threats, Tillerson tried to clean up. He supported the outburst and pitched newsmakers to focus on the 15-0 vote for U.N. Security Council sanctions, which aim to pressure North Korea into diplomatic talks by cutting a third of its export revenue. But regardless of Tillerson’s Band-Aid remarks, the damage is probably already done: The Trump administration’s flip-flopping suggests he can be reckless with allies’ safety, which won’t help America’s wooing of Russia or China, either.

“What we really need now is reassurance for our allies,” said Jon Wolfsthal, a fellow at the Carnegie Endowment for International Peace. “We need to make sure that the South Koreans and the Japanese know we are trying to calm the situation down and don’t feel like we are taking risks with their security, because then they will have to take risks with ours.”

Beyond damage control, experts say the logical answer here is making a real plan and getting all other major players — including China, Russia, Japan and South Korea — behind it.

“The first thing we have to do is know exactly what the hell our plan is, and then we need to be specific,” Wolfsthal said. “Nobody is going to reign in the president, but you can get cooperation from [other officials]. They need to be reading the same sheet of music.”

Wonjong Choi, a 23-year-old student from Seoul who will be joining the military next month for compulsory service, says he can feel the mismatched priorities.

“I feel really hesitant to join right now — obviously it’s really scary,” Choi said. “I don’t know how to feel as a Korean soldier in between the Korean army and the U.S. army … We’re not on the same page, and I think Trump really should try to make peaceful conversations with North Korea.”

As it stands, major players are far from consensus. Yes, the recent U.N. sanctions were a group effort, but they may have taken the heat off of China, North Korea’s most important ally. (The White House appears to be delaying or even abandoning plans to pressure China using secondary sanctions, for example).

Meanwhile, South Korean President Moon Jae-in is taking a pro-engagement standpoint, and China and Russia have both advocated for a “dual freeze” — under their proposal, the U.S. and South Korea would temporarily stop joint military exercises in exchange for North Korea halting its missile and nuclear tests.

The U.S., perhaps increasingly alone, generally refuses to talk with North Korea unless the nation agrees to stop its nuclear program — which, from Kim’s view, is the nation’s only promise of sovereignty.

“We’ve learned through our experience in negotiating with Iran is that progress was only possible when the international community was untied and Iran was under stress. I think the same lesson should be applied to North Korea as well,“ Hass said. “Unfortunately, the gap between us and [allies] has only widened in recent months.”