Cuba’s constitutional referendum awakens religious groups to their own power 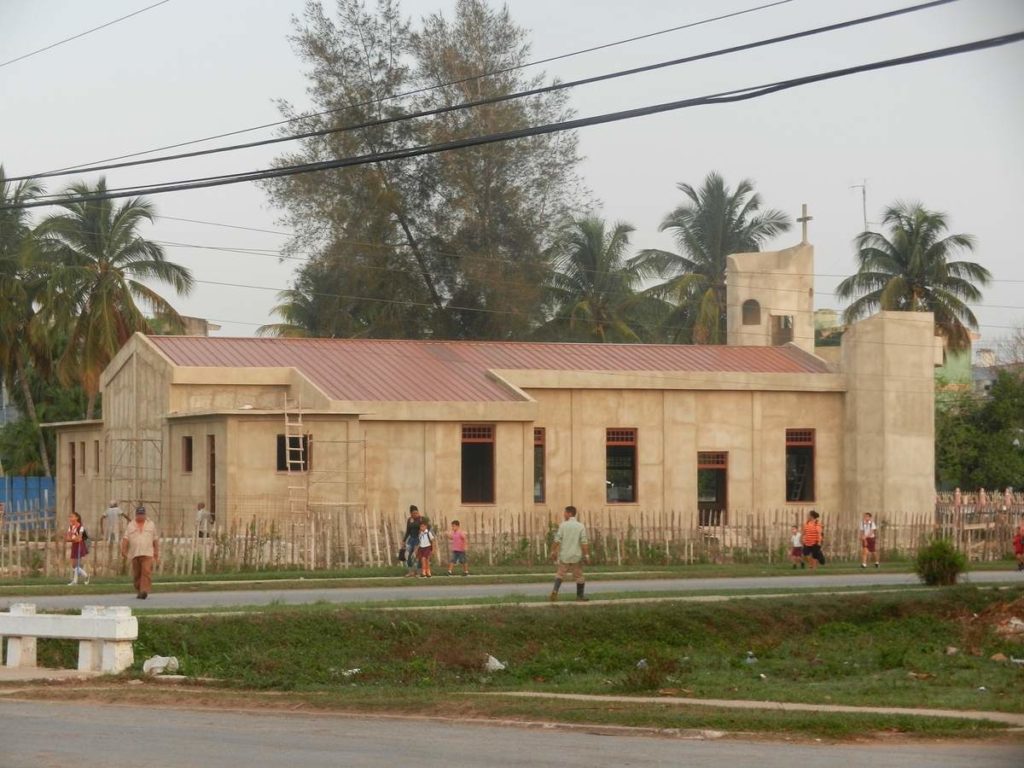 HAVANA — From the jubilant inauguration of the first new Catholic church in 60 years in the western town of Sandino; to the bombastic gospel hymns echoing from the University Methodist Church through the crumbling mansions of Havana’s Vedado neighborhood, a revival of religious expression is underway in Cuba.

At the center of much of the debate were Christians who found a louder voice during a six-month public comment phase in which Communist Party officials held an estimated 35,000 gatherings across the country to solicit feedback.

The paradox, of course, is that Communist Party leaders are famously intolerant to criticism. And yet, coordinated pressure from Catholics, evangelicals and other Christian groups led the Party to scrub a clause from an early draft of the constitution that had defined marriage as between two people rather than exclusively between a man and a woman.

And while religious freedom remained in the document throughout the process, a coalition of Protestant, Methodist and Assembly of God leaders pushed for more specific protections.

They petitioned President Miguel Diaz-Canel, a Party loyalist who assumed power last year in a carefully coordinated handover from Raul Castro, brother of the longtime autocrat Fidel, for “the freedom to manifest their religion or belief,” and “the right to teach and practice the corresponding worship and to independently observe their principles and faith.”

Church leaders also suggested that Communist Party leaders add the clause: “The Cuban government, its bodies and authorities will abstain of interfering with the internal life of religious associations, and of creating organizations to control them.”

Those efforts were unsuccessful, which added to the mounting concerns for Cubans of faith. Construction of new houses of worship is very tightly restricted and religious leaders are frequently harassed and imprisoned. And Christian clergy reported that they’d received intense pressure from the government to encourage their congregations to vote yes.

“Our faith doesn’t just free us from the eternal consequences of sin,” said Pastor Mario Felix Lleonart, leader of a Baptist church in the town of Taguayabón. “It also makes us free here on earth, and that brings us into conflict with a totalitarian regime that restricts our freedoms.”

Not surprisingly, the more confident lobbying didn’t sit well with the old guard, which is not accustomed to critiques of any kind. Just days after the referendum was held, posters declaring “Yo Voto Sí” — I vote yes — dotted walls across the Cuban capital. But not a single item opposing the document was visible, despite the fact that nine percent of those who cast ballots in the February voted no.

On the Internet, which more Cubans can now access than ever before, dissenting opinions were blocked in different ways but some groups found ways to promote a “Yo Voto No” campaign through social media and using photo montages that changed Yes posters to No.

Foreign entities ranging from the U.S. government to human rights groups have worked to get their messages advocating religious freedom and other democratic protections in front of Cubans as well.

They are working against a longstanding anti-religious sentiment running through the Cuban elite that traces back to the revolution. Mariela Castro, daughter of Raúl Castro, member of the National Assembly and longtime LGBT rights activist, called the Catholic Church the “serpent of history” in a recent Facebook post.

Her uncle Fidel was a staunch opponent of religious organizations for most of his life, but under Pope Francis, the Vatican had warmed its relationship with the Cuban government, and played a key role in tending a bridge between the Obama administration and Raul Castro. The new Catholic church in Sandino is expected to be followed by two others in Havana and Santiago.

Under President Trump that relationship has cooled as Republican Party leaders continue to reject a deeper relationship with the Communist Party. The Trump administration announced this month a series of policy changes aimed at ramping up economic and political pressure on the Cuban government.

Meanwhile on the island, some scholars see the coalition that came together against the new constitution as an emerging, albeit distant, challenge to the status quo.

“The campaign for a ‘no’ vote is the first time this group has become visible politically,” said Ariel Dacal Díaz, a Marxist political analyst. “But this force is brewing – it could be mobilized for other projects.”

But the new document clearly preserves socialism as the official dogma of the country, and there are already reports of backlash by Cuban officials against those who took the Party up on its request for feedback.

This report was supported by the Henry Luce Foundation as part of a partnership with Northeastern University.