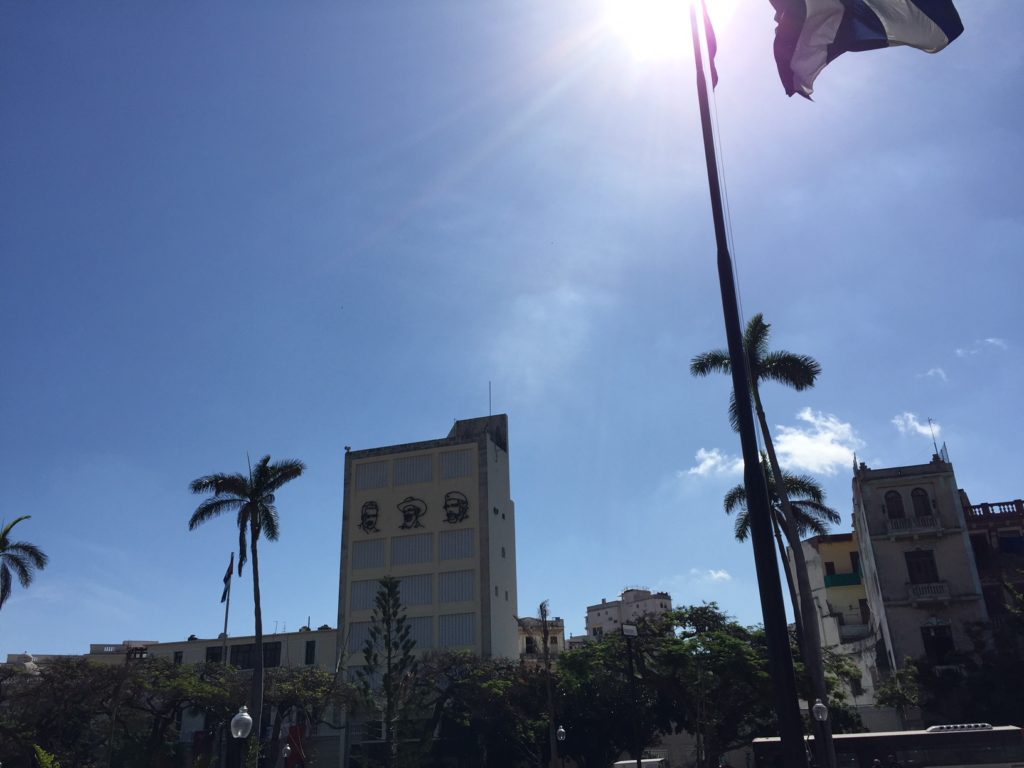 For young Cubans, one Cuban president is the same as another. (Kevin Grant/GroundTruth)

HAVANA — The ascendance of Miguel Díaz-Canel, the first Cuban president not named Castro since the revolution, has been called the most significant development in U.S.-Cuba relations in a generation.

But for the next generation of Cubans who bristle at the restrictions of a one-party socialist system — compounded by decades of American economic sanctions — one Cuban president is the same as another.

At a restaurant in tourist-laden Old Havana, where kitschy T-shirts featuring Che Guevara and Fidel Castro compete with watering holes once frequented by Ernest Hemingway, a group of workers in their twenties and thirties hustled to wait tables and serve drinks on the day Cuba’s National Assembly of People’s Power selected Díaz-Canel. They saw nothing to celebrate. Rather, they said, they feel trapped.

“I’m a trained chef,” said a woman in her late thirties as she took a break from the kitchen (her name is being withheld for her safety as the government is intolerant to criticism). “I could be making $10,000 a month in Canada. I don’t make that in a year. If I could leave, I would.”

Her coworkers, all articulate in Spanish and proficient in English, took turns lambasting the country’s dual economic system — which offers abundance and convenience for tourists but a highly restricted mix of controlled goods and services for Cubans — disavowing what the Communist Party here calls a “continuing” revolution.

“It’s bullshit,” the woman said, extending a middle finger toward the bar to emphatic agreement from the group. “To understand politics here, it takes a big mind.”

Another young Havana resident who makes a living renting apartments to foreign visitors laughed at the idea that there would be a parade or public assembly honoring the new president.

Díaz-Canel, however, was not hesitant about celebrating on the floor of the Assembly on Thursday, walking to the stage beside Raúl Castro and exchanging hugs and high-fives with party leadership. He is about to turn 58, meaning he was born in 1960, one year after the Castro brothers, Guevara and other revolutionaries successfully overthrew the U.S.-backed President Fulgencio Batista.

Analysts and policymakers see a dual challenge for the new president: 1) Win the trust of older Cubans who represent the revolutionary generation; and 2) Push forward the economic reforms introduced by Raúl Castro, giving greater autonomy to state-owned businesses while empowering the private sector.

In other words, develop the Cuban economy at a gradual enough pace that senior party leaders and members remain comfortable.

“Up until now the leadership’s legitimacy was embraced by Cubans because they had the legitimacy of being the revolutionaries,” said Cindy Buhl, legislative director for Rep. James McGovern, a Massachusetts congressman who has worked to strengthen relations between the U.S. and Cuba.

“That’s not Díaz-Canel and his generation,” she continued. “Their legitimacy will rest on effective are they in maintaining Cuba’s role in the 21st century. They don’t have laurels to rest on. Their legitimacy is going to be grounded in how they deliver.”

The new president is considered a deep Party loyalist who will continue to report to Raúl Castro as head of the Cuban military. In a speech accepting the presidency Thursday, he heaped praise upon Castro and pledged that the country’s foreign policy would remain “unaltered.”

“There is no room in Cuba for those who strive for the restoration of capitalism,” Díaz-Canel added.

However Cuba’s privately owned business sector has grown steadily since 2011, stoked by a combination of domestic reforms and an influx of tourists made possible by a series of diplomatic breakthroughs between President Barack Obama and Raúl Castro between 2014 and 2016.

The Vatican played a pivotal if counterintuitive role in brokering the relationship, given that the Castro regime banned religious practice for decades following the revolution.

Then last June, President Donald Trump announced he would roll back some of Obama’s economic reforms, partially aligning himself with a Cuban-American community that opposes détente with the Communist Party after years of exile, violence and bitterness.

The relationship between the two countries further soured in August when claims surfaced that more than 20 American and Canadian diplomatic personnel had sustained mysterious injuries. Originally reported as “sonic attacks” that may have been perpetrated by the Cuban government and later evaluated by scientists as mass hysteria, the U.S. nonetheless dramatically scaled down staffing at its embassy in Havana.

Buhl, the legislative director for Rep. McGovern, warned that the U.S. is missing a critical opportunity as Díaz-Canel takes charge.

“With such a skeletal crew in place at the U.S. Embassy, regardless of what one anticipates in any shift of policy, this is a moment of monumental and historic change in Cuba,” she said.

“We are ill-prepared to send accurate information back to the Department of State or any other agency about this change, let alone what advantage or opportunities it might provide which is just a sad and sorry thing,” she added.

Americans have continued to visit the island despite warnings stemming from the alleged “attacks,” and well-educated and restless Cubans will continue to serve them and wish for more prosperous use of their skills in the U.S or other countries. But on current course, neither the Trump administration nor the new Díaz-Canel administration appear to be in any hurry to bring the countries any closer together.

This series exploring the growing role of faith during a time of transformation in Cuba is produced in partnership with Northeastern University and with support from the Henry Luce Foundation.